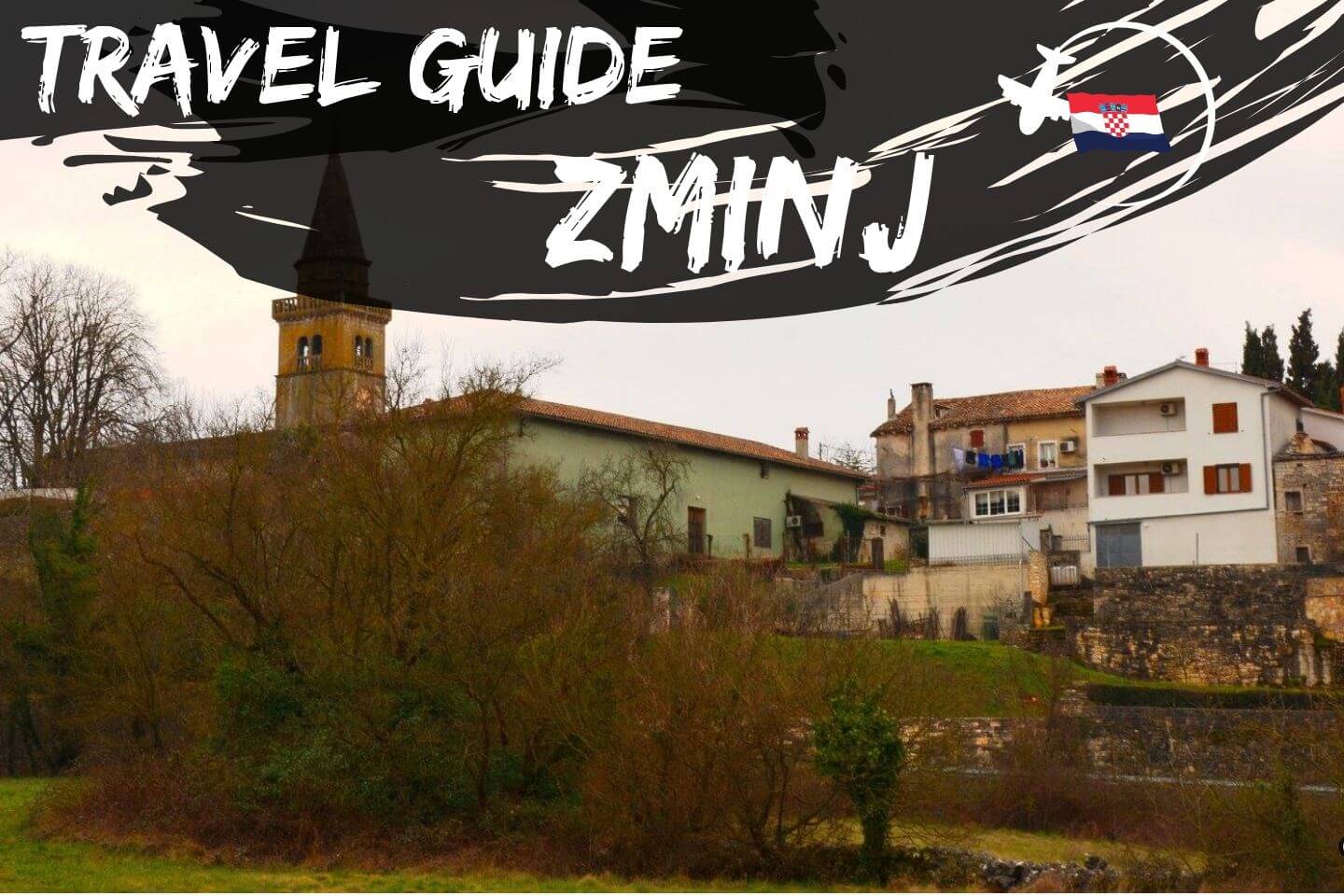 All the roads in Istria will lead you to Zminj town which is considered as a centre of the Istrian region. Let’s discover more about this green destination with the greatest natural attractions.

Zminj is a fortified town of Central Istria. As it is located in the centre of the Istrian peninsula, you will pass through Zminj to any town in this region.

During the mid of the 20th century, archaeologists found an important Slav necropolis, with graves from the 9th and the 11th centuries not far away from Zminj. Bishops from Porec possessed the Zminj but like many other central Istrian territories Zminj passed to the Count Mainardo of Schwarzenburg, the Lord of Pazin during the 12th century.

The town was mentioned in the document of Pope Alessandro III from 1177 for the first time. That writing confirmed that the jurisdiction over its churches belonged to the Bishops from Porec. 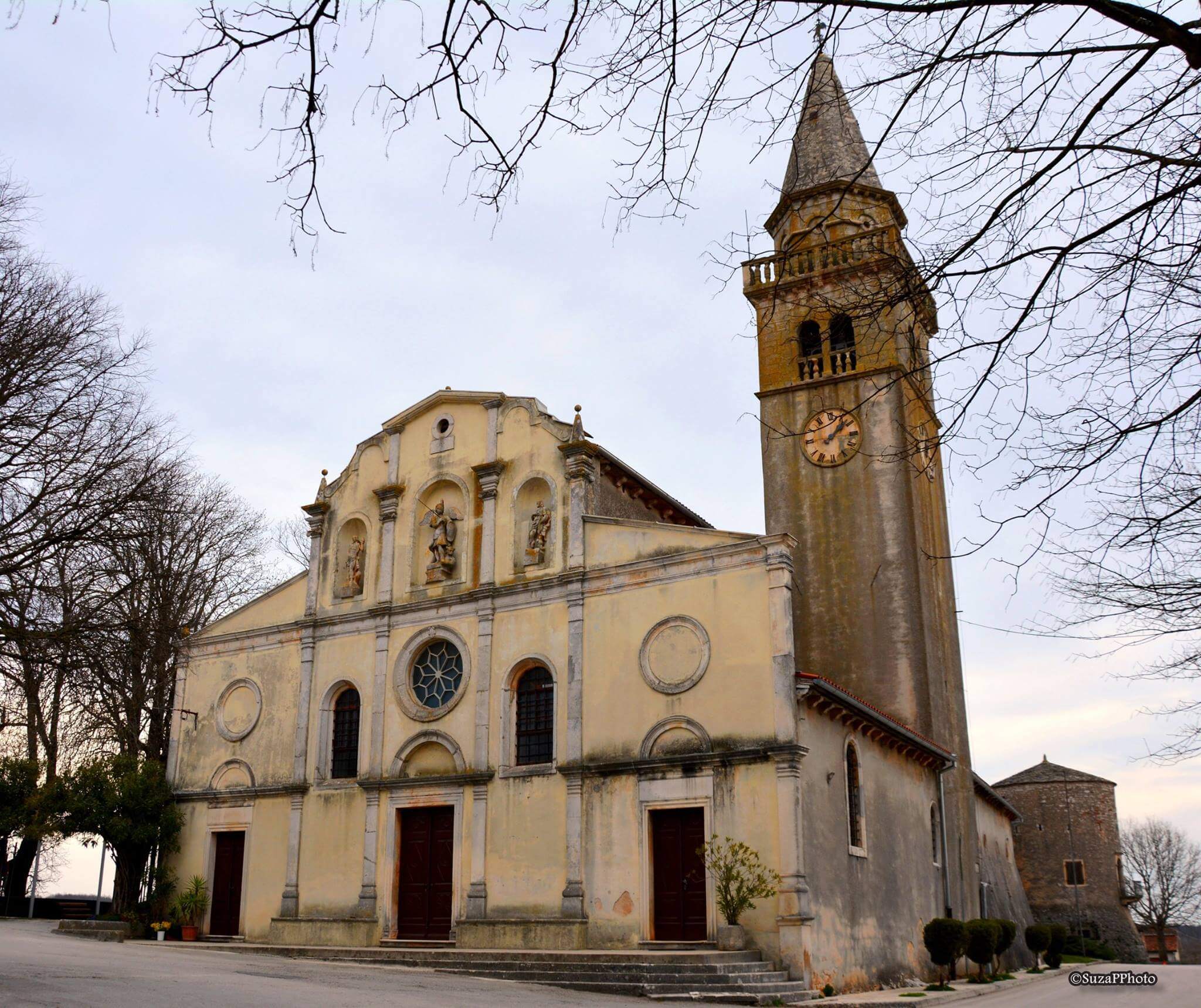 During that time, Zminj has another name as Zemin while later in the 15th century was named Schwing. Zminj was one of the most important towns of Central Istria together with Gracisce, Tinjan and Lindar.In 1374, Zminj was passed to Austrian Habsburg family. As Zminj was located on the border of Austrian dominions in Istria, it has suffered many different wars between Austria and Venice over the centuries.

Family of Lords of Krsan had a great influence on Zminj in the 15th and 16th centuries. Like most of the Istrian region towns, Zminj was also under Napoleon domination. Later after the town was fall of Austro-Hungarian Monarchy, Italy, Yugoslavia. In 1991, because of the fall of Yugoslavia, Zminj was recognized as the part of Croatia till nowadays. 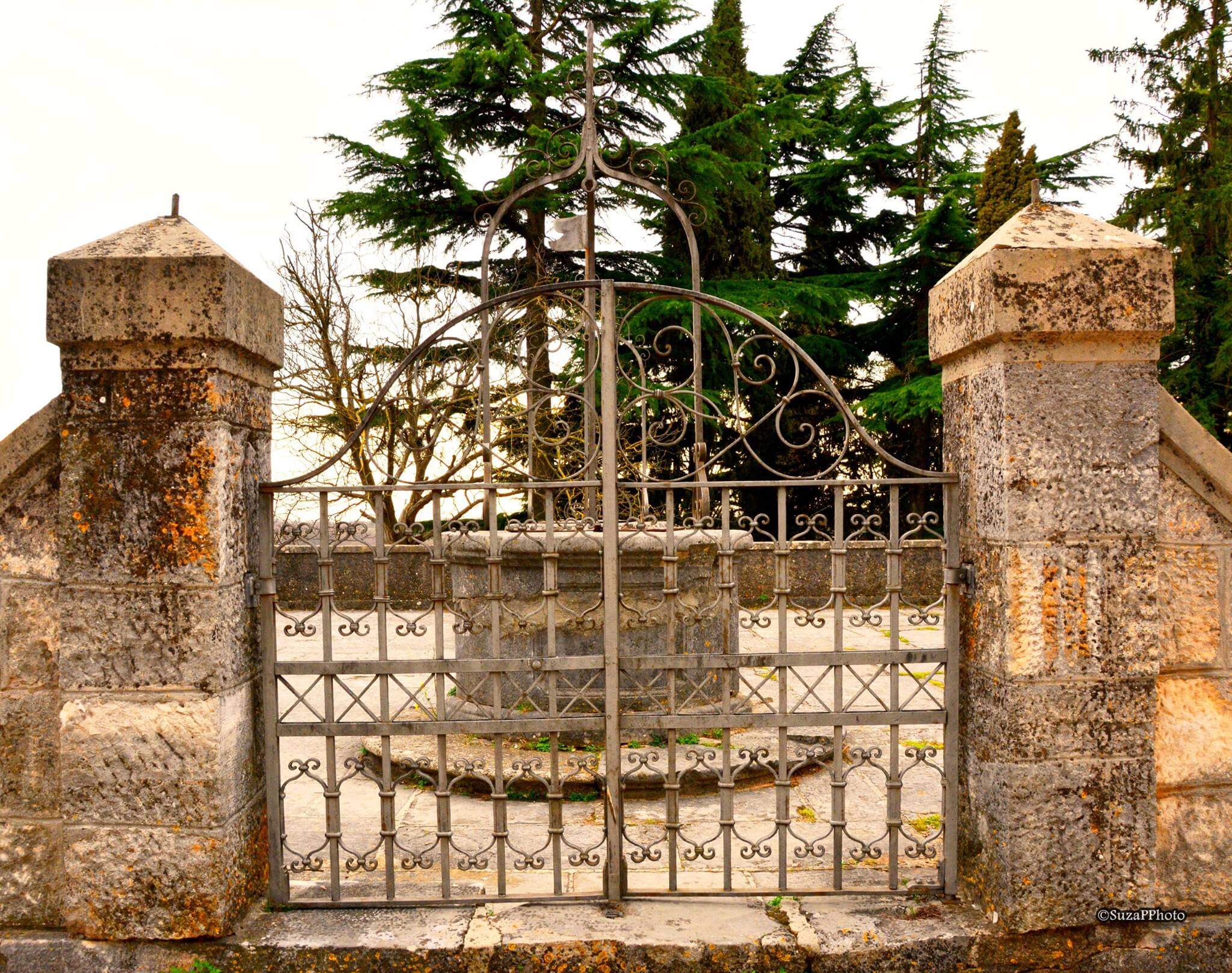 In the church of St. Anthony, there are fascinating frescoes, depicting the motifs from the life of Jesus Christ, Apostles Peter and Paul. Also, you can see one of the medieval masterpieces of Istrian frescoes art - coronation of the Virgin Mary. Can you imagine that this church once was turned into a wine cellar?!

The small church of St. Bartholomew can meet you at the entrance of the town. On the last Saturday of August, traditional feast Bartulja (the feast of St. Bartholomew) takes place there. You can be lucky to participate in this biggest folk feast which Istrians and their guests.

Zminj boasts with kazuns, Istrian shepherd houses, so you may have an ideal opportunity to see this cultural and historical Istrian wealth.

Accommodation and Transport in Zminj

The town has a great location, in the central position between Pula, Rovinj, Rijeka, Porec and Pazin. So you can get to the Zminj from any of these cities by car or by bus.

If you are coming by plane, the easiest access is to Pula. Another option is to fly to either Zagreb, Venice, or Trieste and then take the bus. All three cities have bus options direct to Zminj. 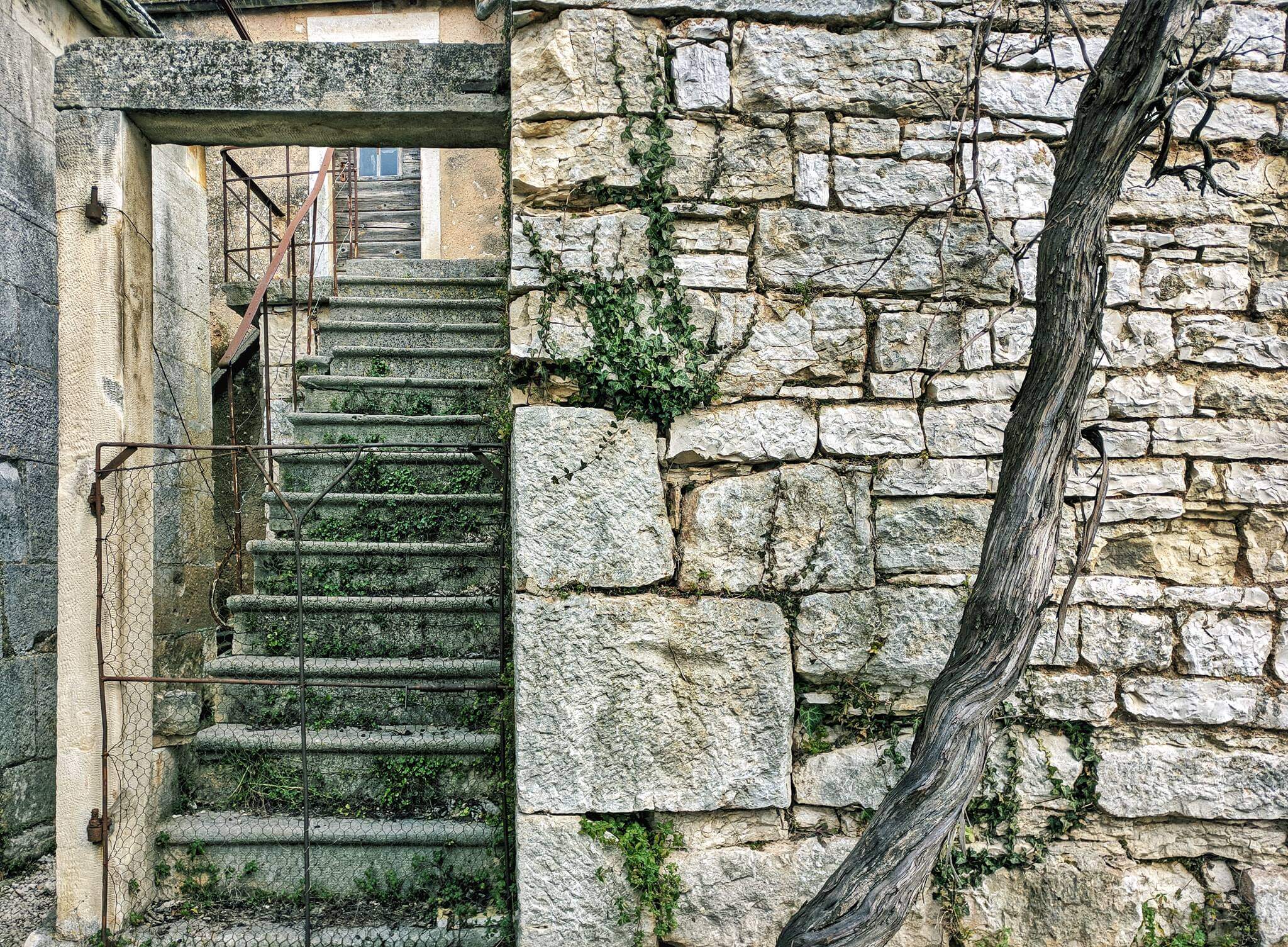 Zminj offers a relaxing stay in a variety of hotels and private accommodation. Also, there are several agro touristic Bed and Breakfasts where guests can sleep, have breakfast, and if interested, visit animals or learn about daily activities at the farm. These types of accommodation appeared due to Zminj agro cultural background, stunning natural beauty, and its very archaic essence.

What to do in Zminj?

If you are in Zminj, you should definitely walk around the old town by visiting beautiful churches of the village.

Visit the gastro event Pasta Festival, where everything revolves around pasta. Makaruni, fuži, njoki, pljukanci combine with homemade groceries like shrimps, prosciutto, fresh cheese will make into a feast and delicious gastro experience. Additionally to great food and wine, you are able to enjoy live music at the festival. 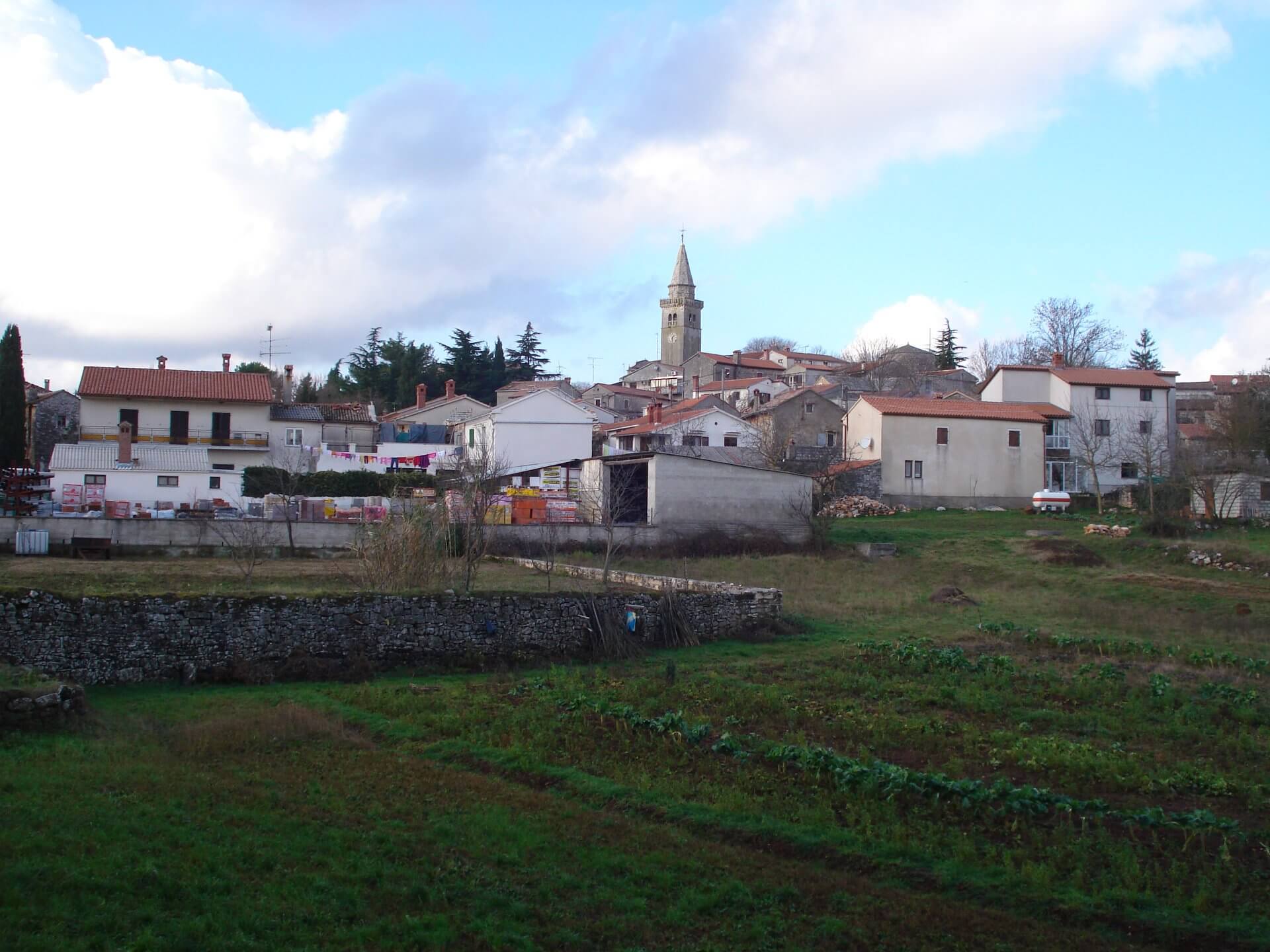 Also, an interesting place not far from Zminj is a Festinsko Kraljevstvo which is a cave under vineyard. It is situated in the little village Feštini and was discovered in the 1930s. It is a literally underground world under the vineyard and a kingdom of nature’s magnificence.

Zminj is the perfect place to escape and rejuvenate your energy. Don’t forget to put it into your list of must-visit Istrian towns.