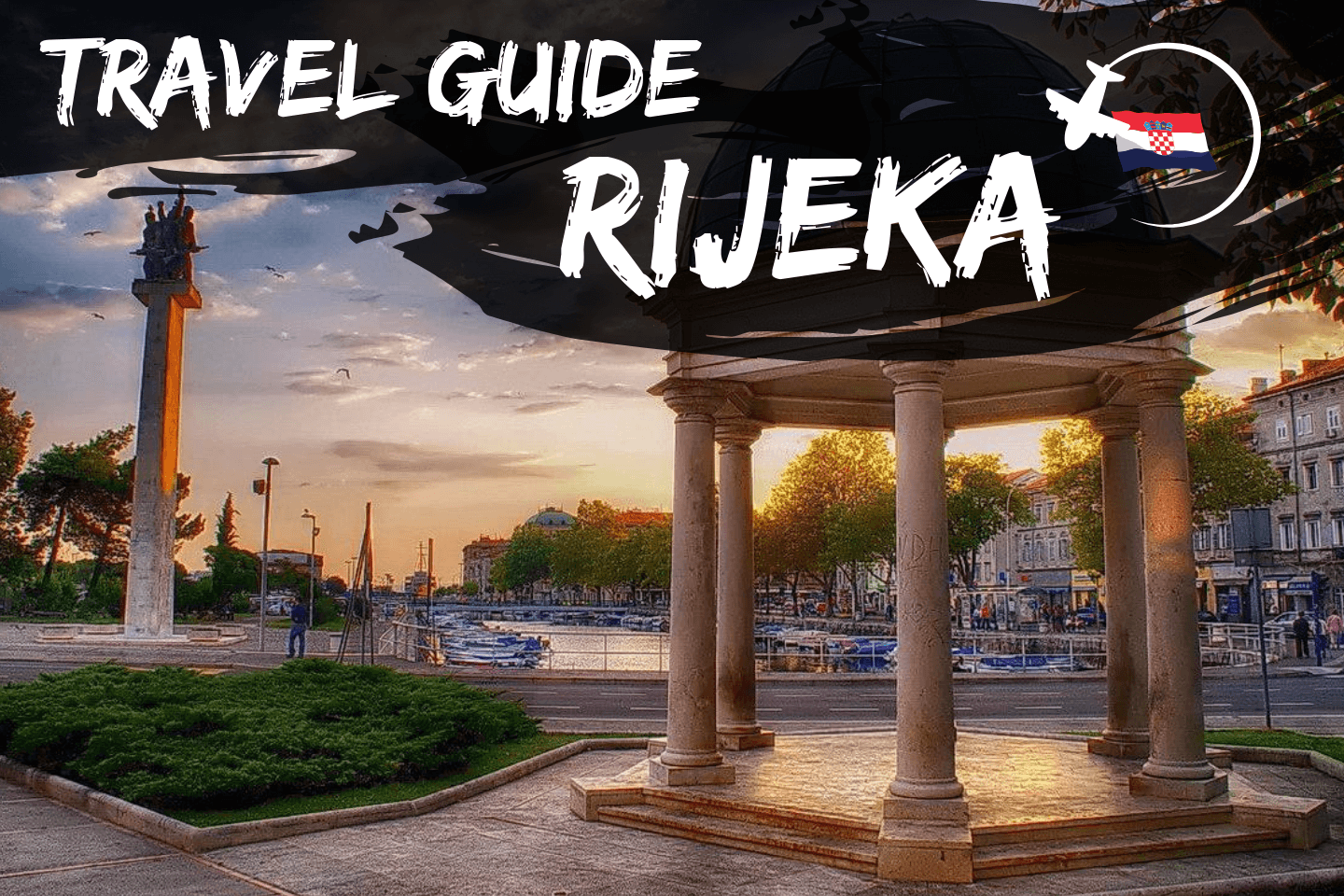 The oldest traces of human existence in today's Rijeka area date back to the Palaeolithic and Neolithic, and the remains of prehistoric forts (Solin,  Trsat Hill and Veli Vrh) from the Bronze and Iron Ages. Such a settlement dominated the Rijeka Bay and secured the port in the time of the Illyrian tribes (Liburnia). The Romans relocated the town centre closer to the sea, as the evidence for this we have numerous archaeological founds. Such location on gentle slopes and a narrow coastal zone, rich in freshwater springs, secluded by a bay with a natural port, this city had the potential to develop into an important port and trading city. This prompted the newly arrived Slavic nation - the Croats - to start building a new village. 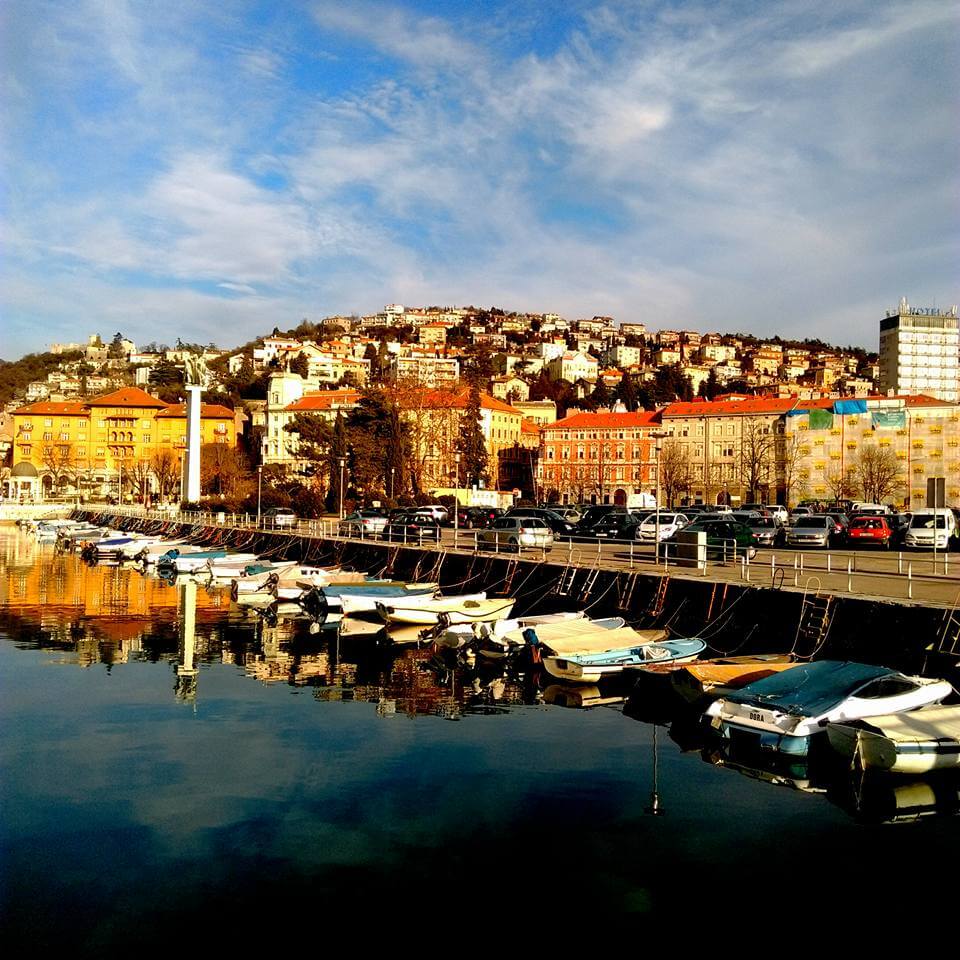 This new fortified town has been divided into two parts: in the upper city, there is a medieval castle and the church of St. Vitus (that’s where the name “Flumen Sancti Viti” comes from) and the lower city which turned into trade and crafts settlement. During the 14th century Rijeka is in possession of dukes of Krk (the latter Frankopan), then in the possession of the family Walsee, and since 1466, the Habsburgs. Significant economic development began in the 16th century with the trade of iron, oil, wood, wool, cattle and leather. During this period under the settlement Trsat there is no settlement Sušak, it has been formed in the 18th century.

The golden age of Rijeka trade is getting weak in the second half of the 15th century. Frequent Turkish invasion interrupted traffic routes, as well as wars claimants to the Hungarian throne and long-lasting conflicts with the Venetians. Cessation of war began in the second half of 17th century. The arrival of the Jesuits in Rijeka and the establishment of their gymnasium significantly improves educational and cultural life. A significant advantage of Rijeka economy begins to acquire the 18th century when the emperor Karlo VI proclaimed Rijeka a free port. 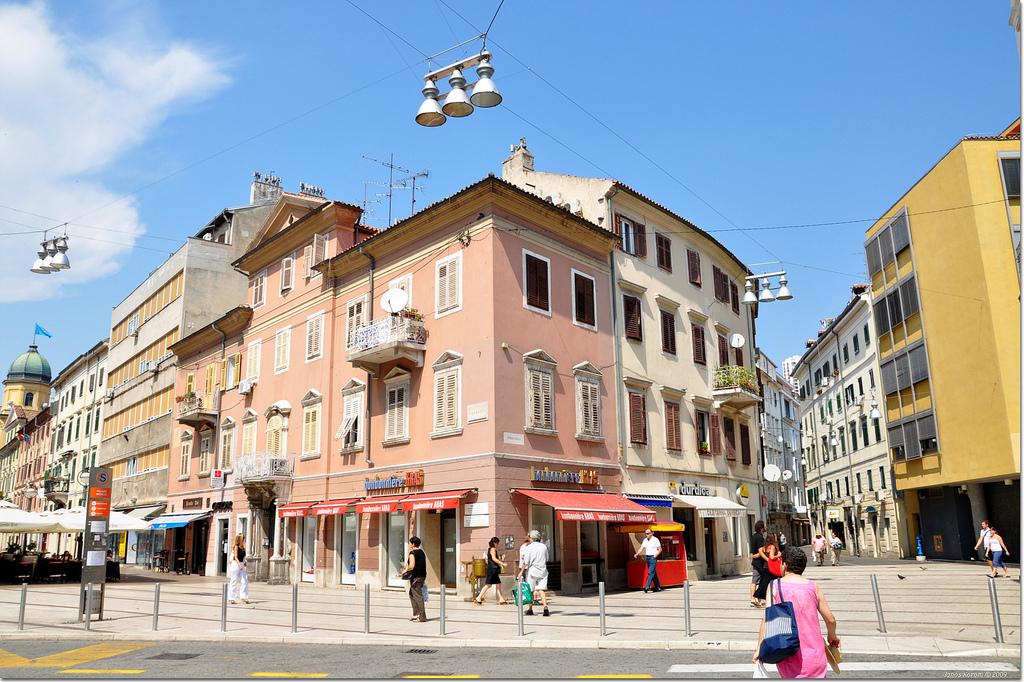 At the end of the 18th century and the beginning of the 19th century, Rijeka is under French rule, and then again under Austria. The fight for Rijeka between Croatian and Hungarian is increasingly sharpening, and by Croatian - Hungarian settlement in 1868 called "Riječka krpica”, Rijeka came under direct rule of Hungary and has developed rapidly in its largest port for maritime emporium. After the collapse of the Austro - Hungarian Monarchy in 1918, Rijeka and Sušak became part of the State of SHS, based in Zagreb, but it was soon occupied by the Kingdom of Italy. Rijeka together with neighbouring Istria was the first in the world to provide resistance to fascism. After the Italian capitulation in 1943, Rijeka and Sušak were occupied and the Germans held it until 3.05.1945. In peace conference in Paris in 1947, Rijeka has been returned to Croatia within Yugoslavia.

In 1948, the cities of Rijeka and Sušak were joined in the city of Rijeka, which is rapidly developing in various fields. After the reconstruction, Rijeka took over the function of the main port of socialist Yugoslavia. Renewed traditional Rijeka industries include shipbuilding, paper mills, oil refineries, production of marine equipment and engines, coke ovens, clothing industry, hydroelectric and thermal power plants. At the end of the 20th century, Rijeka is a developed urban and industrial centre. 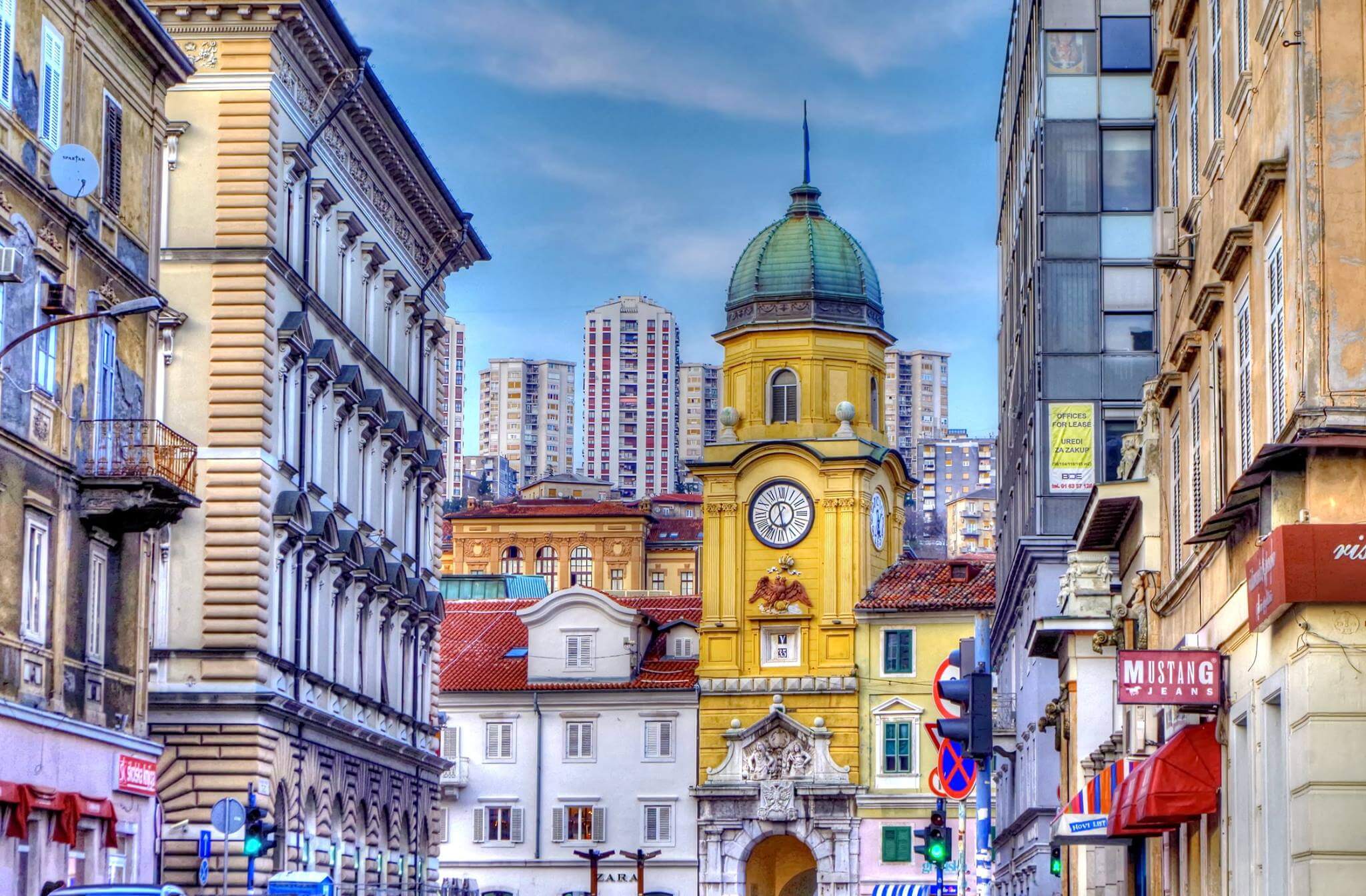 There are so many things to see in Rijeka, so let’s start with important monuments. The church of St. Jerome and the area of today's Dominican monastery belong to the large Augustinian monastery complex that you can not miss. Church of Our Lady of Lourdes built in the neo-Gothic style and the Capuchin monastery is another attraction. The Cathedral of St. Vitus is the only Baroque rotunda of monumental dimensions built on Croatian soil, and its interior is a true Baroque "Gesamtkunstwerk ", the unity of style. With the announcement, you can see a collection of paintings, goldsmiths, mass vestments, rare books, prints and other religious works of art that decorated the gallery of the cathedral. Be sure to visit it because there is a portrait of St. Francis Xavier, patron of tourists. Church of St. Fabian and St. Sebastian is a small building, but with a very long biography. 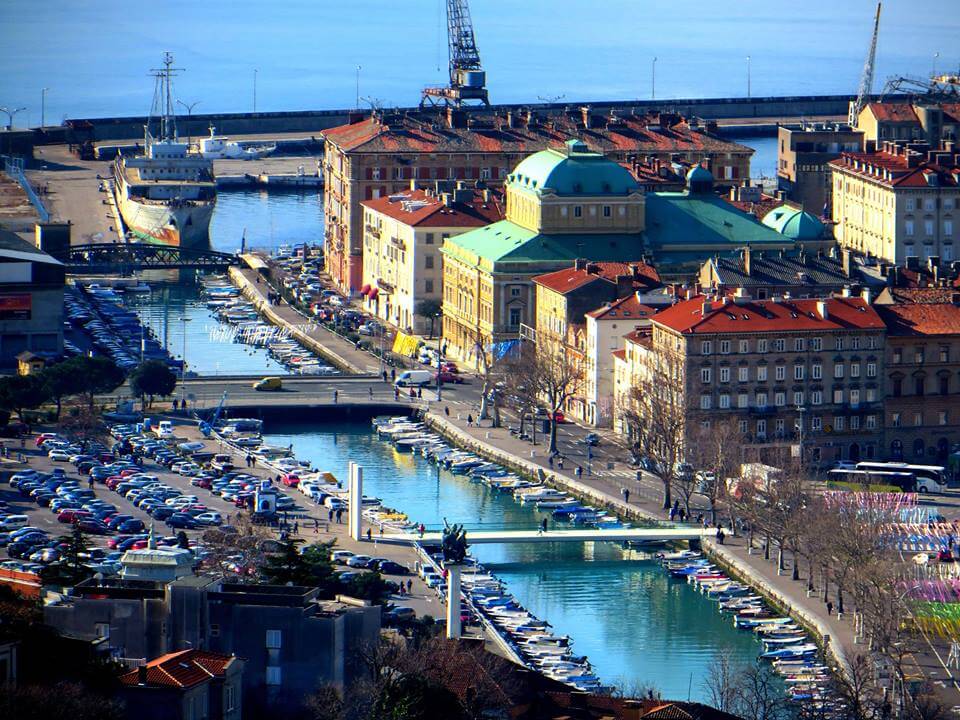 It is all important, first of all, for the history of Rijeka’s health culture, since it is dedicated to the protector against the plague. The Church of the Assumption of the Blessed Virgin Mary is one more church to visit and admire in Rijeka. The Synagogue in Rijeka is the only purpose-built synagogue in Croatia. It is protected as immovable cultural heritage. Former Governor's palace is neo-Renaissance complex with a French park and two fountains. Today we have the Maritime and History Museum of the Croatian Littoral in it. The Old Gateway or Roman Arch is not a Roman triumphal arch, as once was presumed, but a representative main entrance to the centre of the Late Antique command compound of the Roman Tarsatica, an ancient town on whose ruins the medieval Rijeka was built. Then there is the Palace of Justice built in mainly Art Nouveau style. 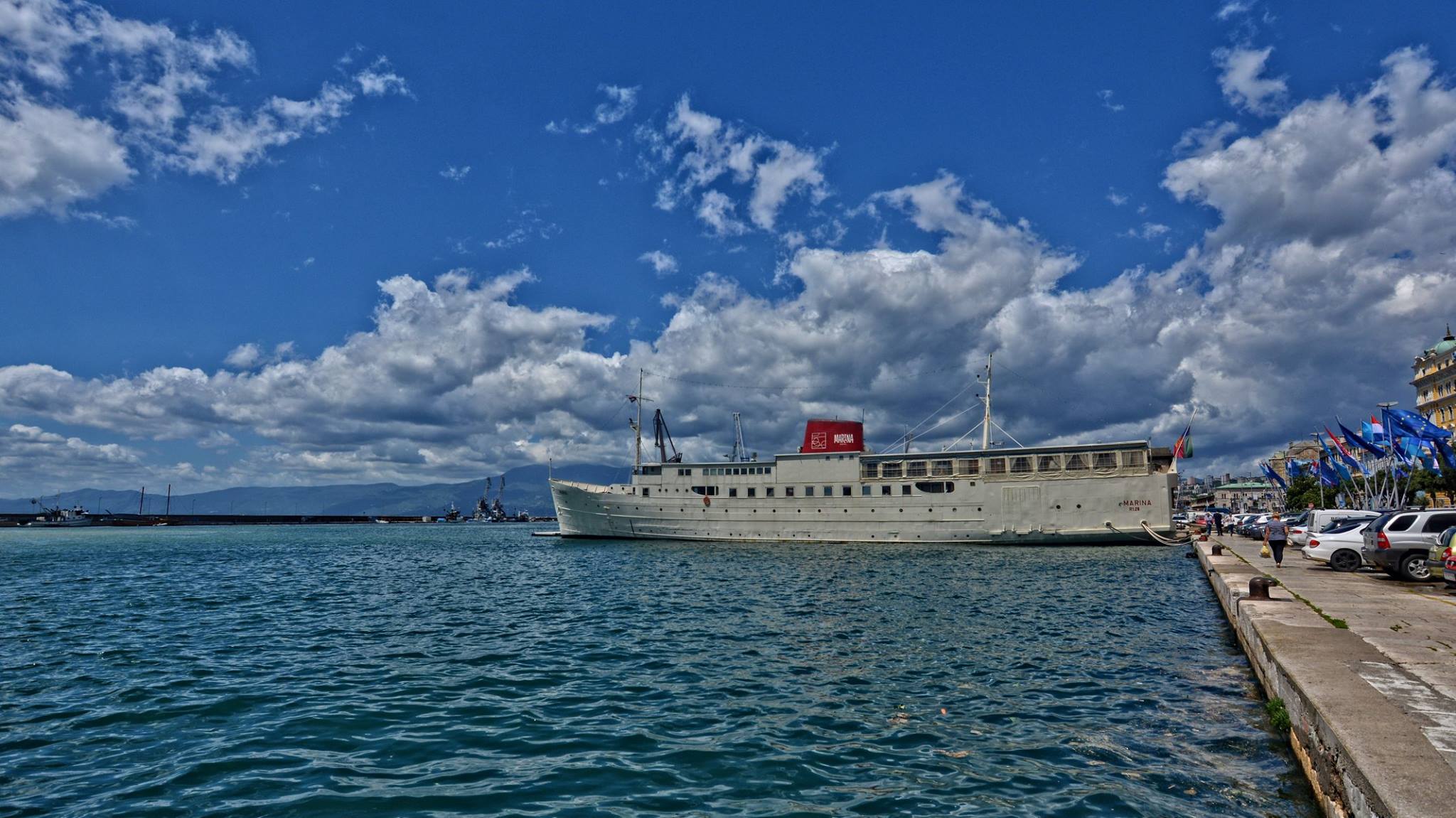 City Tower is a symbol of Rijeka and a good example of a typical round tower access-point, which lead into the fortified town. Today it dominates the central part of Korzo, the main street in Rijeka, although during its lifetime it was overtopped by more recently constructed buildings. Since 1700 the Riječka rezolucija Square has already served as a playground for the children of the patricians, and here is where Stendarac is located, a stone flagpole which was raised by the Emperor Maximilian in memory of the city's loyalty during the Venetian occupation in 1508 and as confirmation of the political rights of the city.

ACCOMMODATION AND TRANSPORT IN RIJEKA

As a tourist in Rijeka, you can choose to stay in several hotels, hostels, campsite Preluk or in private accommodation. You can reach Rijeka by plane (the airport is located on the island of Krk, 30 km far from Rijeka), by bus (Rijeka is connected to larger Croatian and European cities by regular international and national bus lines), by train (the central railway station is located close to the city centre), by boat (the boat harbour is located in the city centre), or by car (the extraordinary quality of Croatian motorways will ensure a pleasant trip).

You can use public transport to go around Rijeka. It includes the city and suburban bus lines. You can also use the taxi, it will not cost a lot because the taxi service in Rijeka is one of the most affordable in Croatia. If you want to have a guided tour around Rijeka, you can always take a Tourist Bus. There is rent–a car service as well. 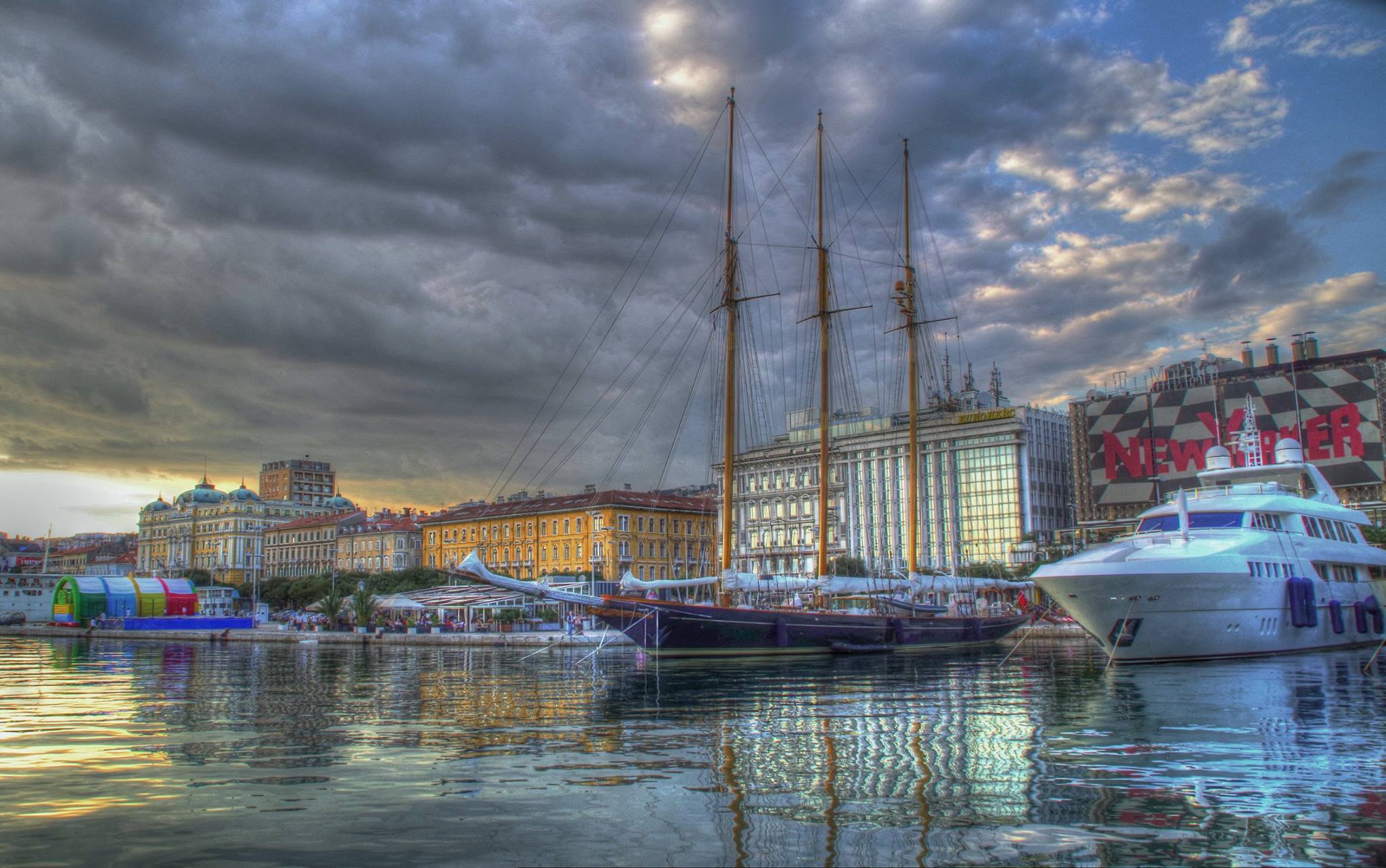 WHAT TO DO IN RIJEKA?

If you want to fit in, you have to spend some time in Korzo, the main street in Rijeka. You can take a coffee in some of the numerous cafe bars or simply sit on one of the benches placed at Korzo precisely for this purpose. Rijeka’s citizens are loyal to Korzo in both their winter coats and fluttering summer dresses. The only rule is to enjoy! The other must-see place in Rijeka is Trsat, a part of the city situated on the hills above Rijeka that offers a spectacular view of the entire Kvarner. It is an ideal place for a walk, for having a coffee and sightseeing. 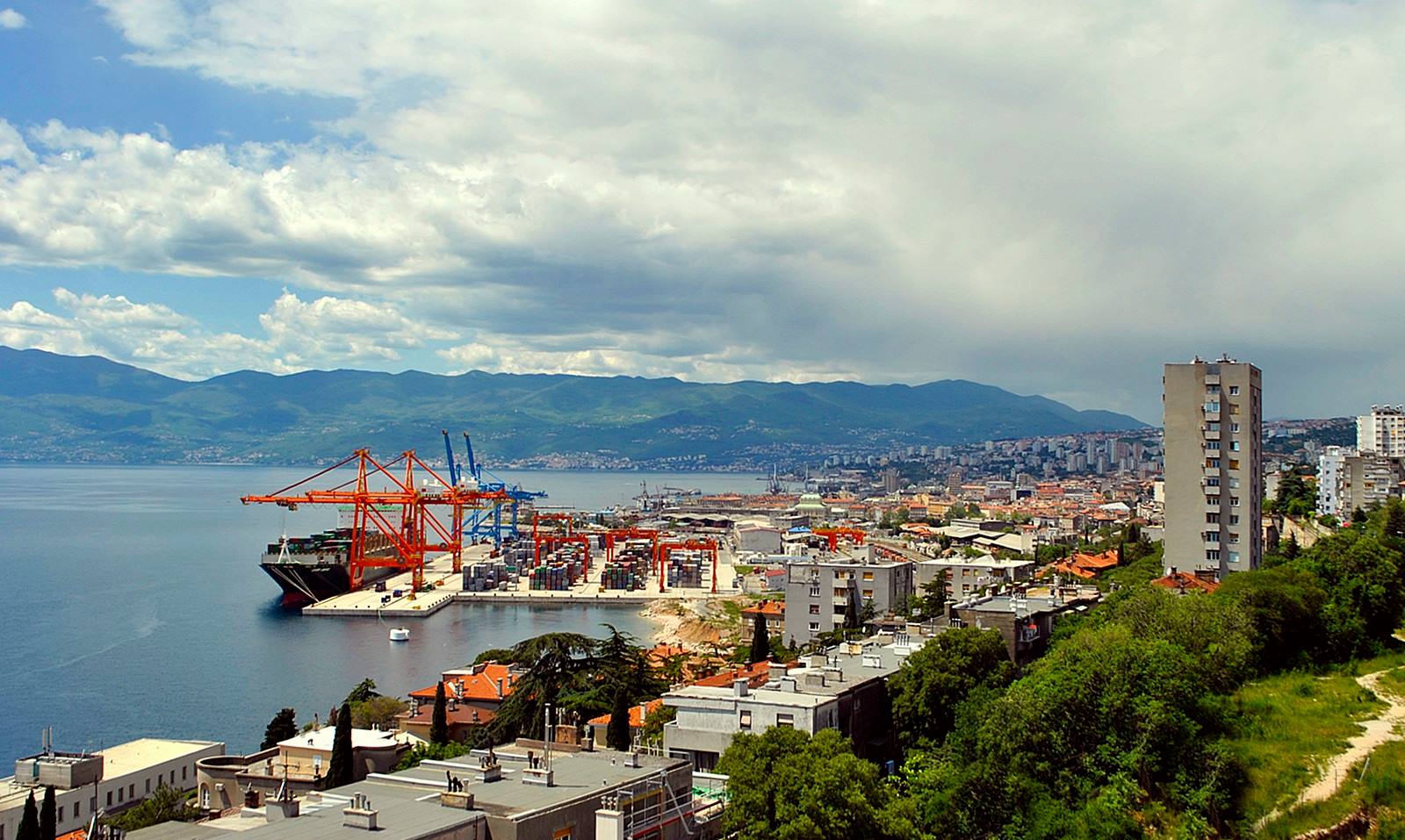 If you are a science lover, the Natural History Museum is the best place for you. It is oriented towards marine research and has a specialised library in the field of biology, geology and palaeontology. Visitors can enjoy the rich collections and permanent exhibition representing the geological past of the Adriatic, oceanographic research, minerals, marine invertebrates, sharks and rays, the “Aquarium” multimedia centre and reptiles and amphibians from the Rijeka area. "Krepat, ma ne molat!” (Die but never give up) - is the motto that summarizes all the best that Rijeka Carnival represents. Here you can be whoever you want and enjoy in cheerful, stubborn, uncontrollable Carnival spirit that shows no tiredness but thrives from year to year. For every rock lover, there is the Ri Rock Festival which has become  Rijeka's musical trademark. It is the central event of Rijeka's alternative scene. There is another festival that you should visit, the Hartera festival, one of the most famous Croatian music events. Speaking of Rijeka, we have to mention numerous beaches (Ploče, Preluk, Kostanj, Glavanovo, Grčevo etc) where you can soak up the sun and enjoy in pure Adriatic sea. 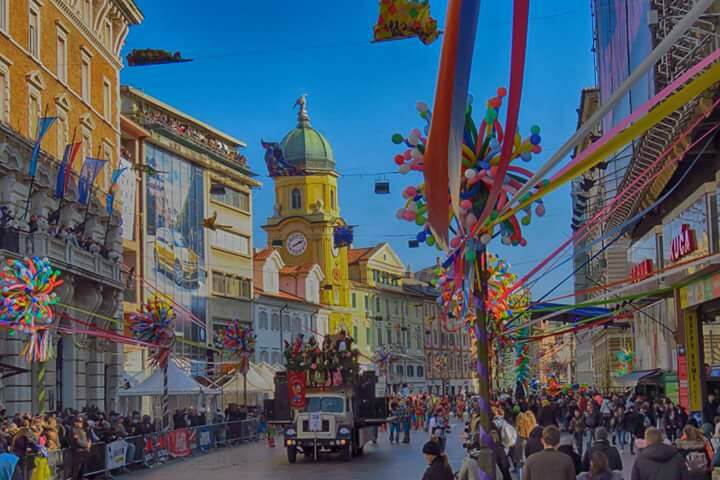 There are dogs beaches as well. Rijeka and its surrounding have a rich sports offer. You can go hiking in Učka Nature Park, windsurfing in Preluk, diving in the sea, skiing in Platak ski resort or enjoy in Grobnik Automotodrom.  If you just want to take a walk, Rijeka has many parks and promenades where you can enjoy this type of recreation. Some of them are Theatre Park, Mlaka Park, Nikola Host Park, Vladimir Nazor Park, and they are all beautiful. For every shopping fan, there are two large shopping malls and the city centre where you can find anything you want or need. If you want to party all night, Rijeka is a perfect place for it. The city is crowded with people that love to party and there are numerous places for it, Rijeka is known as a party destination! 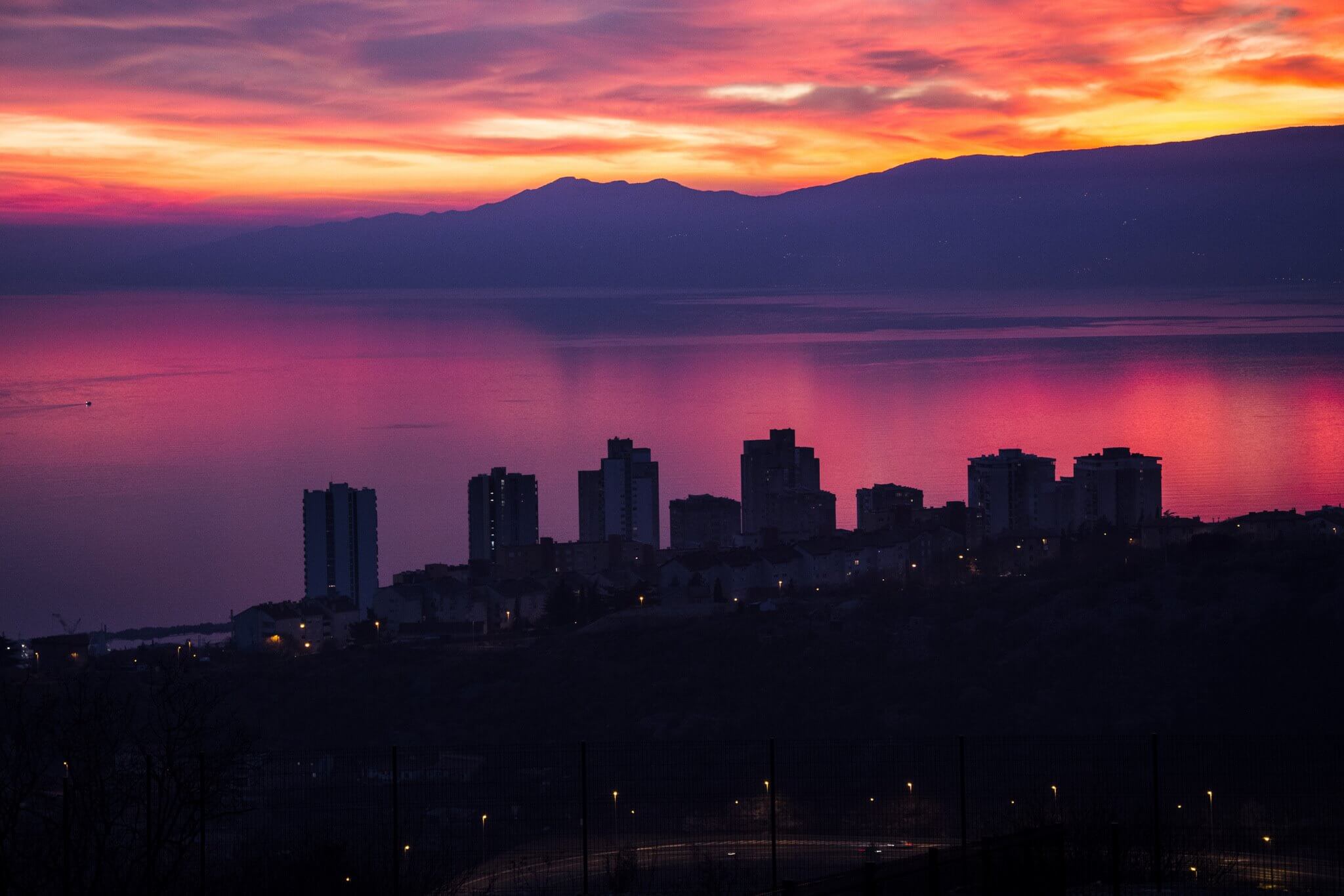