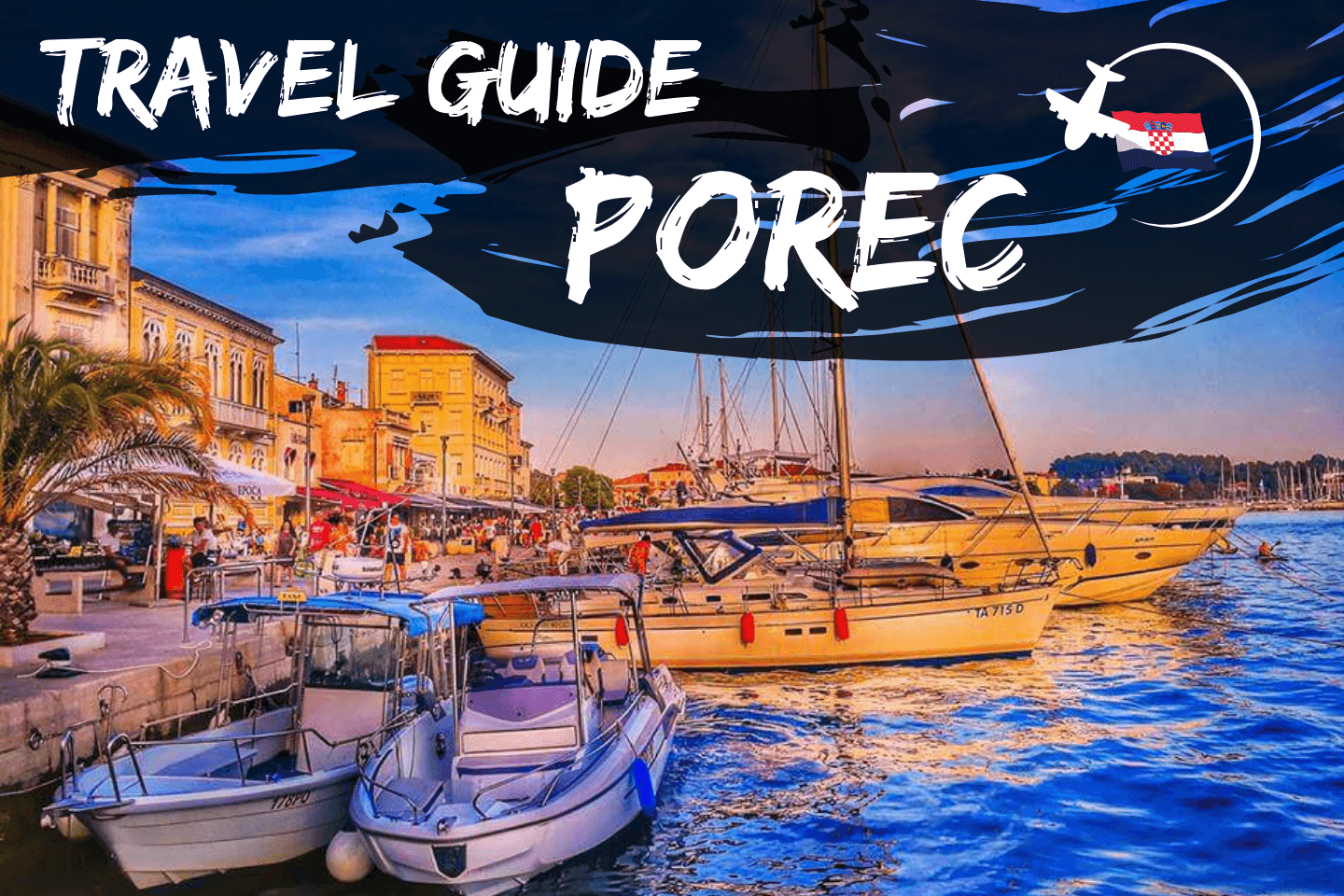 Poreč is a town that has been inhabited since prehistoric times, but that began to flourish with the Roman army's arrival. During the 1st century, Poreč became a Roman colony that received the city status and it was named Colonia Iulia Parentium. During the Roman reign, Poreč had its first walls built in the 4th century, while the famous Euphrasian basilica was built in the 5th century. It is still one of the most beautiful monuments of that period. 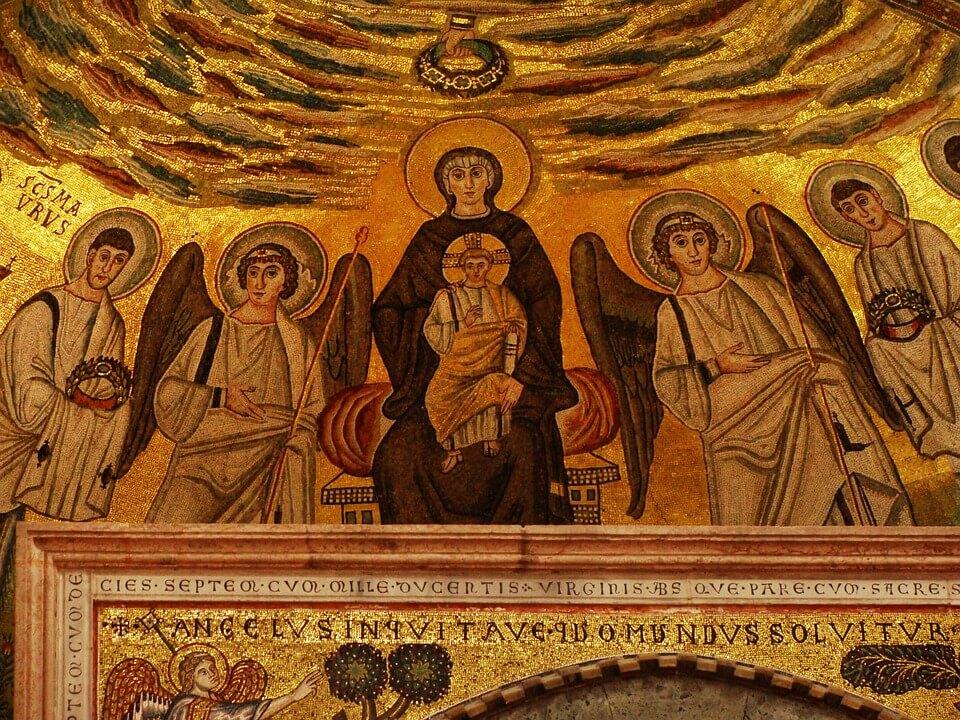 Also, in Istria, back in the Romans time, some of the civilizations were developed: building trade was flourishing, ports and roads were built, literacy was adopted, and Istria inhabitants and Roma people were treated as equals. In 476 came the time of occupation and colonization as the Roman Empire fell under various rulers and forces’ influence. Then the Byzantine Empire seized power, it was baptized by Bishop Euphrasius. 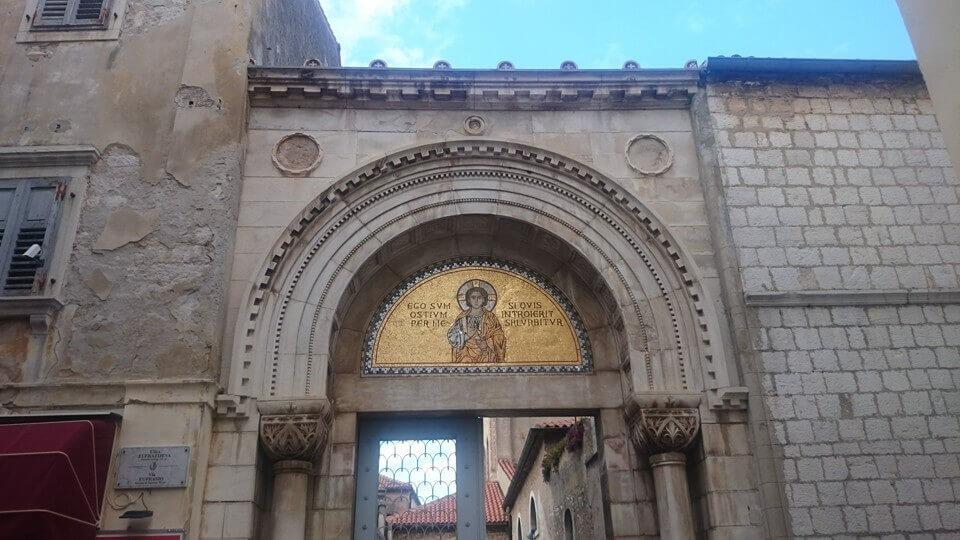 During the Byzantine era, at the end of the 6th century, Croats began to inhabit this area. By the end of the 7th century, the city fell under the Franc people’s rule ruled by the Achensque agreement in 812. Istria became then officially part of the Franconian Empire, governed by Karlo Veliki. Then, feudalization started and Istrian cities became rulers and lost the independence they acquired in the past. 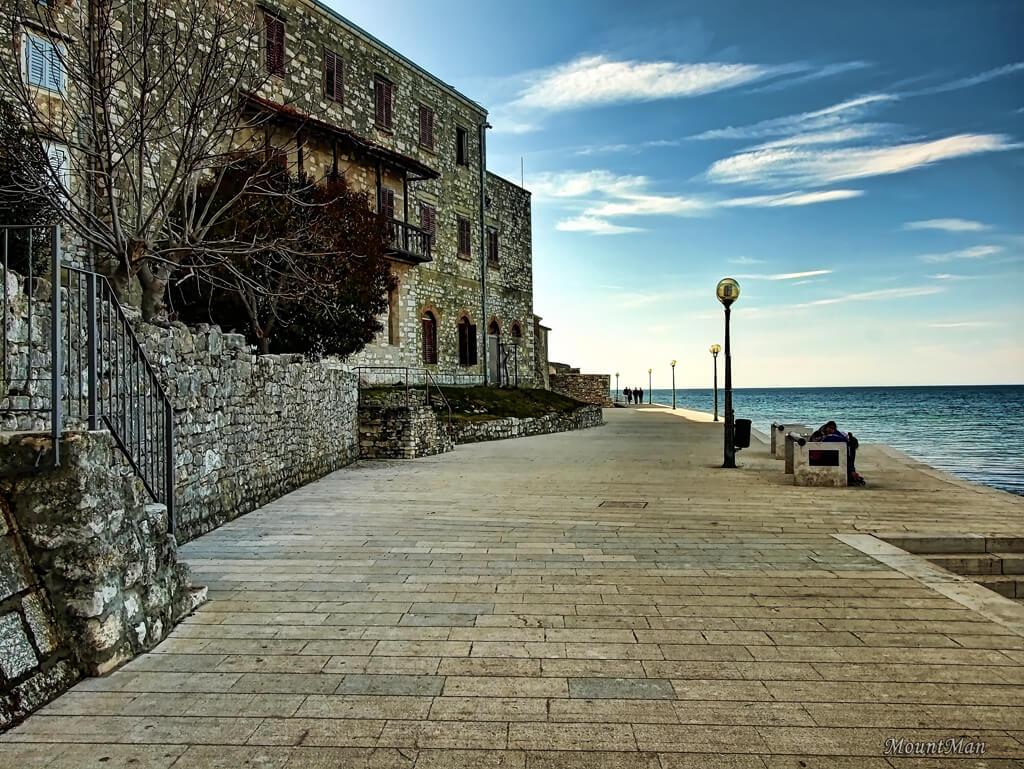 During the 10th century, Istria became part of the Holy Roman Empire, but as its central authority was weak, some of the Istrian towns were slowly liberating bishops and feudal authorities and re-establishing self-government. The Venetian Republic became a more and more strong naval force in the Adriatic Sea, and in 1267 Poreč was the first city to recognize its power. Poreč has been ruled by the Venetian for quite a long time, almost 5 centuries. During this time Poreč was affected by numerous wars and epidemics of various diseases.

The recovery began in 1667 when the city settled refugees from Crete. In 1797, Napoleon conquered Poreč and abolished the Venetian Republic, but in 1806 he went to Austria. During the 19th century, Poreč became the site of national ideologies, while tourism and economy revived in the city. In the early 20th century, the Poreč-Trieste railway line called Parenzana was established. Then there was the WW1 in which Austria fell, and the city came then under Italian rule. 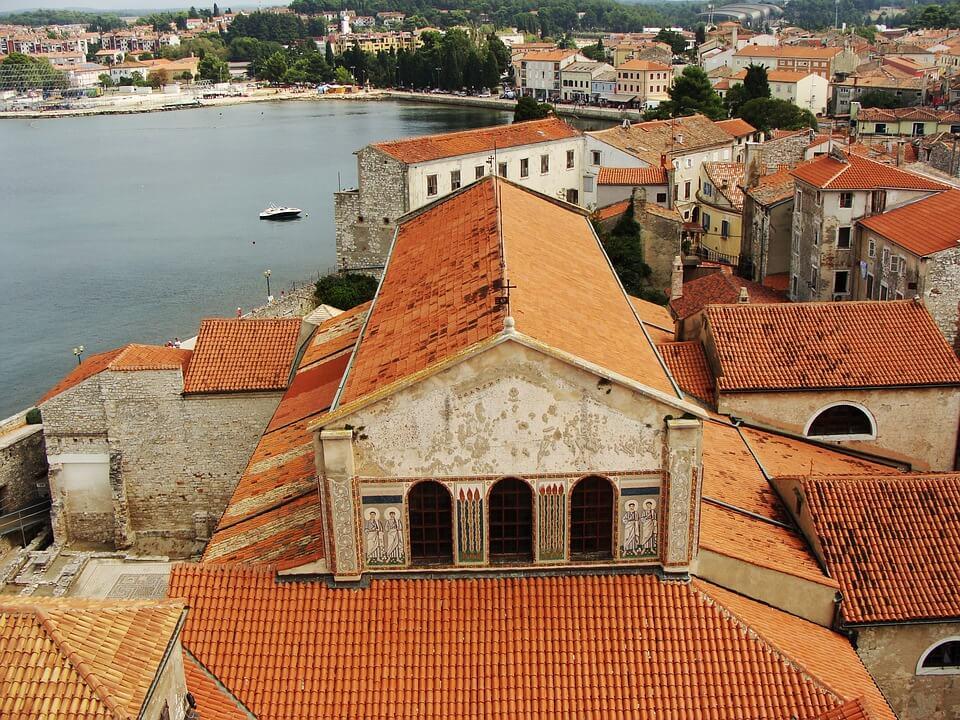 In the period between the two world wars, impoverishment and economic crisis appeared. At the beginning of the WW2, in 1943, liberation movements led to the rebellion of Partisan units against the occupier. Partisans then liberated Poreč from the Italian administration. Between 1944 and 1945, Poreč found itself in the midst of the German bombing. Part of the city was completely destroyed, but in April 1945, Partisan units led the liberation action again. It lasted until April the 29th when Poreč was liberated. In 1991, Poreč was part of the Republic of Croatia’s independence. Because of the government’s frequent shifts, Poreč became an example of mixed cultural and architectural styles, and its greatest treasure is precisely this historical legacy.

Poreč has plenty of cultural sights and city attractions that you should definitely see. We will present you the most important ones. We certainly recommend a tour in the old city, which is very particular because it has preserved the same street composition than in the past, distributed areas on the right square in which houses were once built. If you walk along the Old Town you will reach the square Marafor, where lie the Forum remains, with the Roman gods' temples and an interesting Romanesque house.

Also, there is in the Old Town the most valuable and best preserved historical monument of Poreč – the Euphrasius Basilica. It was built during the 6th century; at the time of the Euphrasian bishop's, and it is the most important monument because it was incorporated in the UNESCO program for monuments of world cultural heritage. Near the Marafor Square, you can see the Great Neptune Temple devoted to the Sea God. After walking around the square and visiting Neptune's temple nearby you can look at the old Romanesque house built during the 13th century. There is a staircase on the floor, a stone staircase with a stone fireplace, and the facade of the house is decorated with a wooden balcony.

If you are not enamoured yet, then you should not miss the Poreč towers. Some people say that Poreč had eleven towers back in time, but today only three of them survived. They were built in the 15th century and served as a protection against a possible Turkish attack. Since some of the sights are nearby and the walk is not too long, we suggest you visit the Provincial Museum of Poreč. It is located in the baroque palace of Sinčić dating back to the 18th century, and it still preserves the cultural heritage of Poreč. You can end your walk by visiting the Istrian Commune, a 13th-century Gothic church dating back to the 18th century and decorated in the Baroque style, today it is used as an exhibitions and concerts place.

ACCOMMODATION AND TRANSPORT IN POREC

You can reach Poreč using any means of transport: by bus, car, train, plane or boat. It has well-designed infrastructures so getting there by car should not be a problem as long as you know where you want to go and the way you come from. If you choose to get there by bus, there are regular routes throughout the year from Zagreb, Split, Pula and Dubrovnik. Their frequency goes considerably up in the summer, the only drawback is that you will certainly have to go to Rijeka to take the bus. 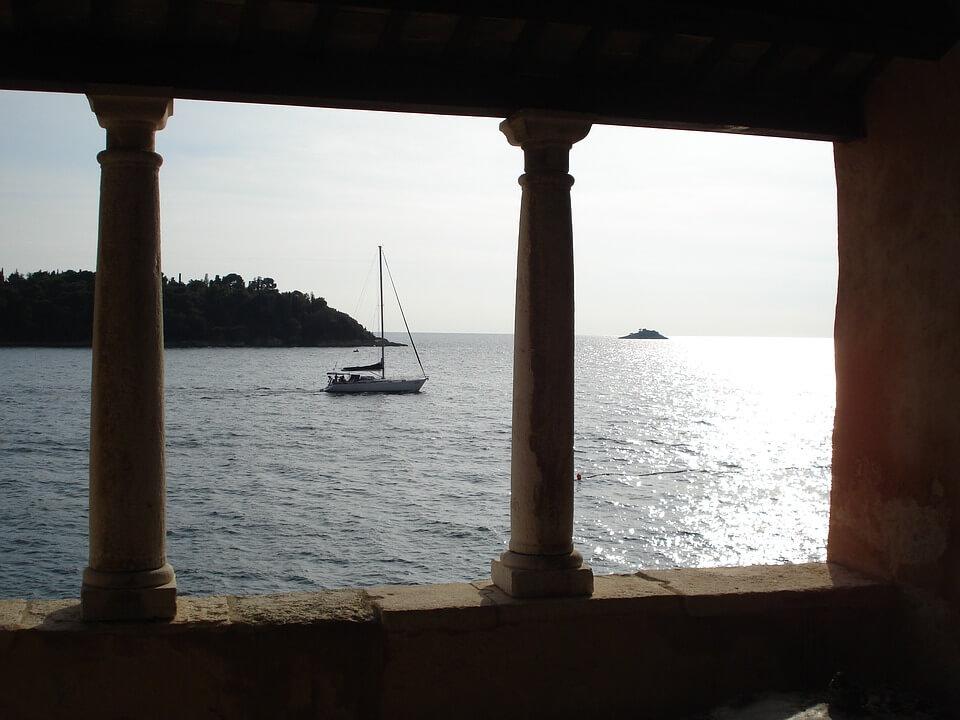 Poreč satisfies all your preferences regarding accommodation, so if you are not an independence lover you can stay in one of the many hotels that offer good availability and affordable prices. We strongly recommend booking accommodation early, especially in the summer when the demand is high. If you are an adventurous person that loves nature, we suggest you stay in one of the camps in Poreč where you can enjoy company with good equipment, the enchanting nature and the pine trees shade. 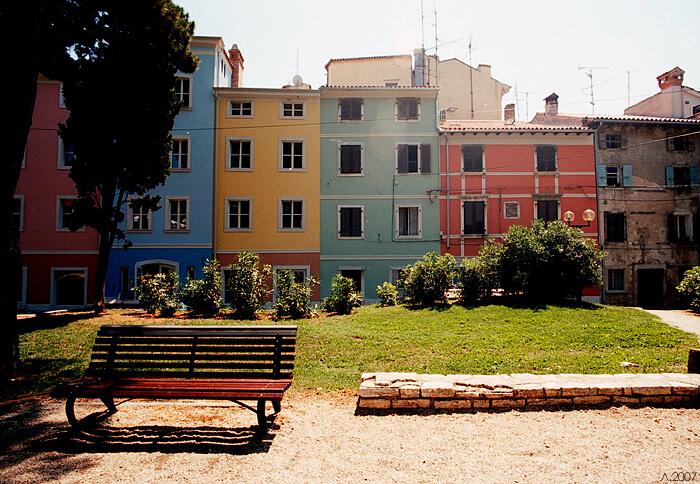 WHAT TO DO IN POREC?

Maybe it would be easier to tell you what to not do in Poreč because there are so many things to do here that will have to come several times to make the experience complete. First, you need to drink coffee in front of the 37 km long Poreč Riviera and enjoy the richness of the beautiful coastline, peaceful beaches and coves, sports facilities, and old and preserved monuments that satisfy even the pickiest visitors. "The Way of Health and Friendship" is the name under which the railroad hides a tour of the railways through tunnels and viaducts where you can look into the historical background of this beautiful area and enjoy the natural sights and the already mentioned city sights. 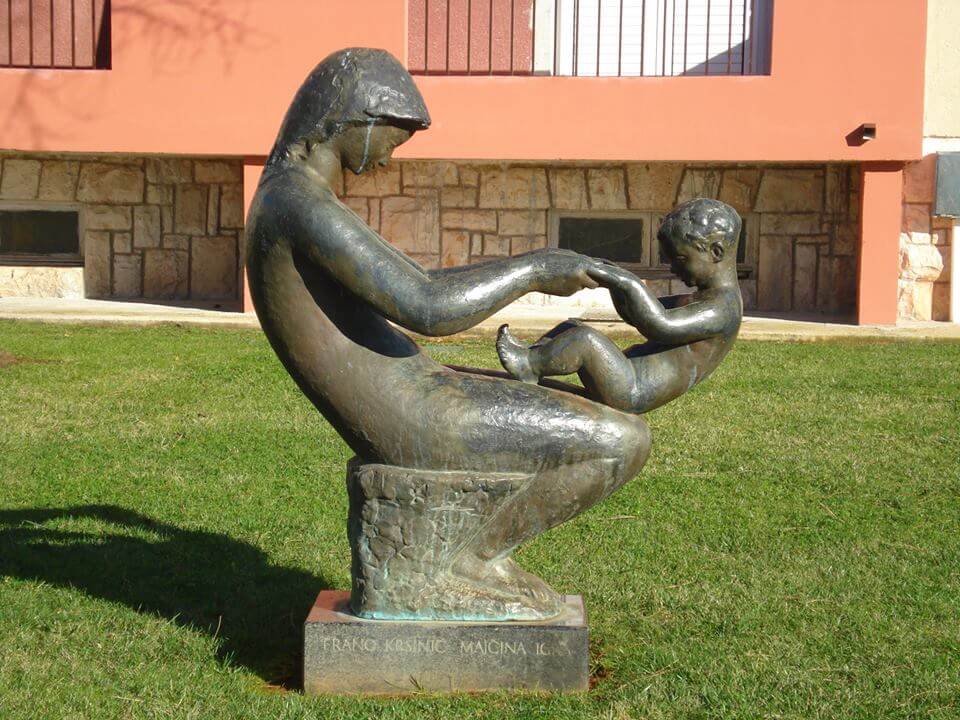 In the past years, parts of "Parenzana" have been redesigned for pedestrian and cycling trails so that you can take advantage of for recreation and turn your journey into a real active vacation as well. Poreč offers a wide range of sports activities, but apart from soccer, bowling and tennis you should not forget diving in the crystal clear sea and enjoying the sun and the many beautiful beaches. The most famous and most visited beaches are Blue and Green Lagoon, but what you should not miss is the sunset on the pebble beach Pical. Poreč is an ideal tourist destination for young people looking for entertainment that can be part of the Poreč Air Open festival held in the summer that offers a wide and quality program for all ages. 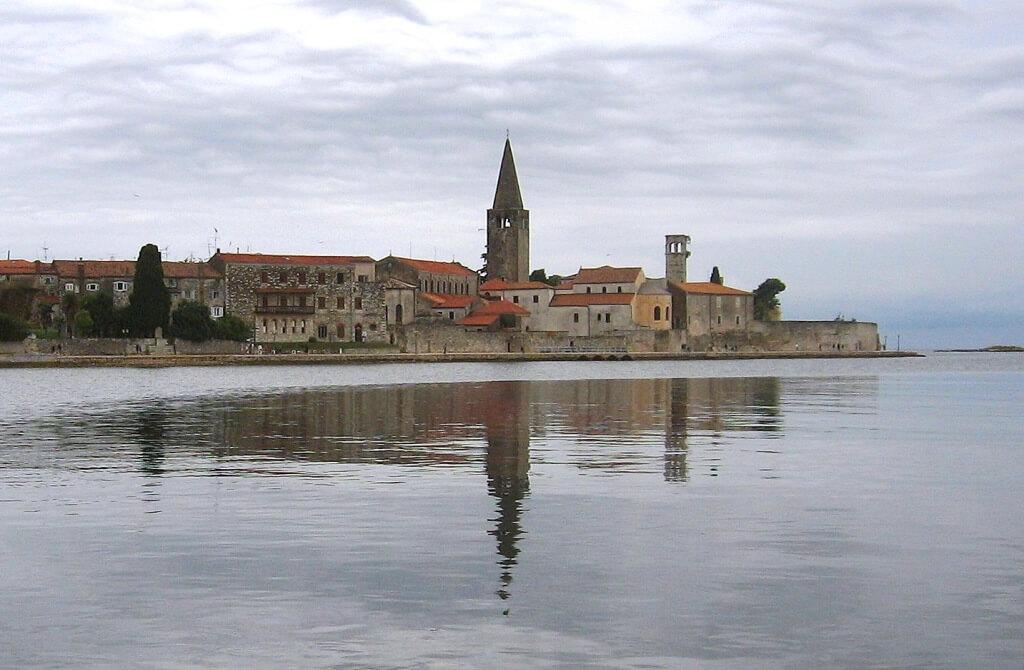 If you came with a friends team, go out to see Poreč's nightlife, because there is fun on every street corner. The hotel terraces, the restaurants and the bars will give you the greatest hits where you can show your dance skills. Gourmets will not be disappointed as Poreč has several good restaurants where you can enjoy fish specialities and spice it with the best Istrian wines. A perfect day in Poreč has come to an end. After all, we consider that Poreč deserves the "most visited summer resort in Istria" title and the pearls of the western coast of the peninsula. 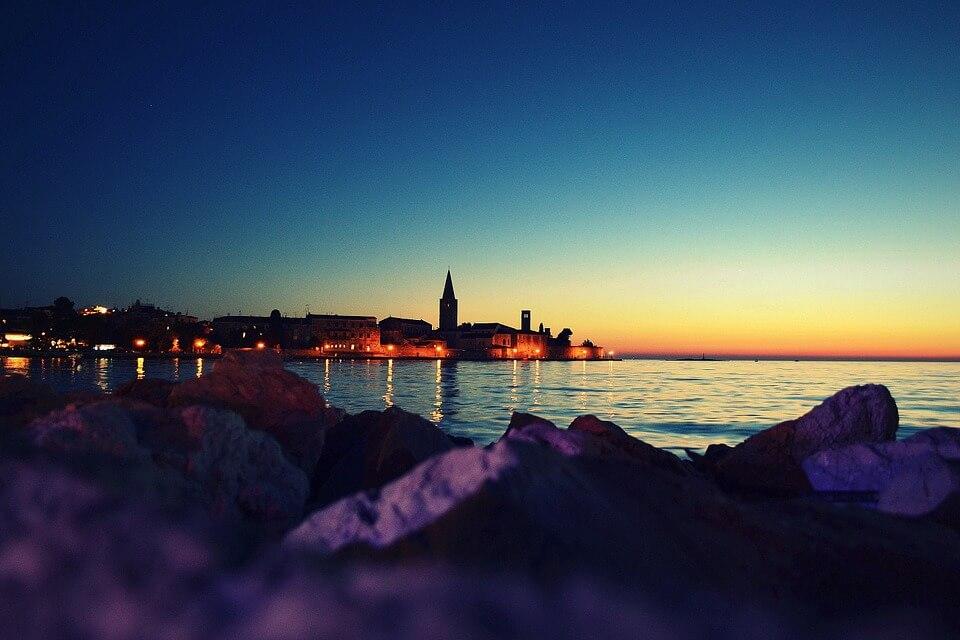 Did you find something for yourself? Contact us for more information or any help!