By the middle of the 19th century, Rabac was a small fisherman village with hardly ten houses but today it is a town that accepts up to 10,000 tourists at the same time, filled with cosy restaurants, various entertainment, sports grounds, sandy pebble beaches.

The town was inhabited by Croatian tribes in between 599 and 611 years. In 1276 Istria subjugates Venice to its domination. In 1797, French troops came here, and Rabac was taken over by the French Empire of Napoleon I. Following the Napoleonic wars, Istria became part of the Austrian Empire. After the First World War and the collapse of Austria-Hungary, Rabac and the whole peninsula are part of Italy. In 1944, the city was liberated by the Yugoslav partisans, led by Josip Broz Tito. In 1947, most of Istria along with the city of Rabac was transferred to Yugoslavia. As Croatia got independence in 1991, Rabac started being part of Croatia. 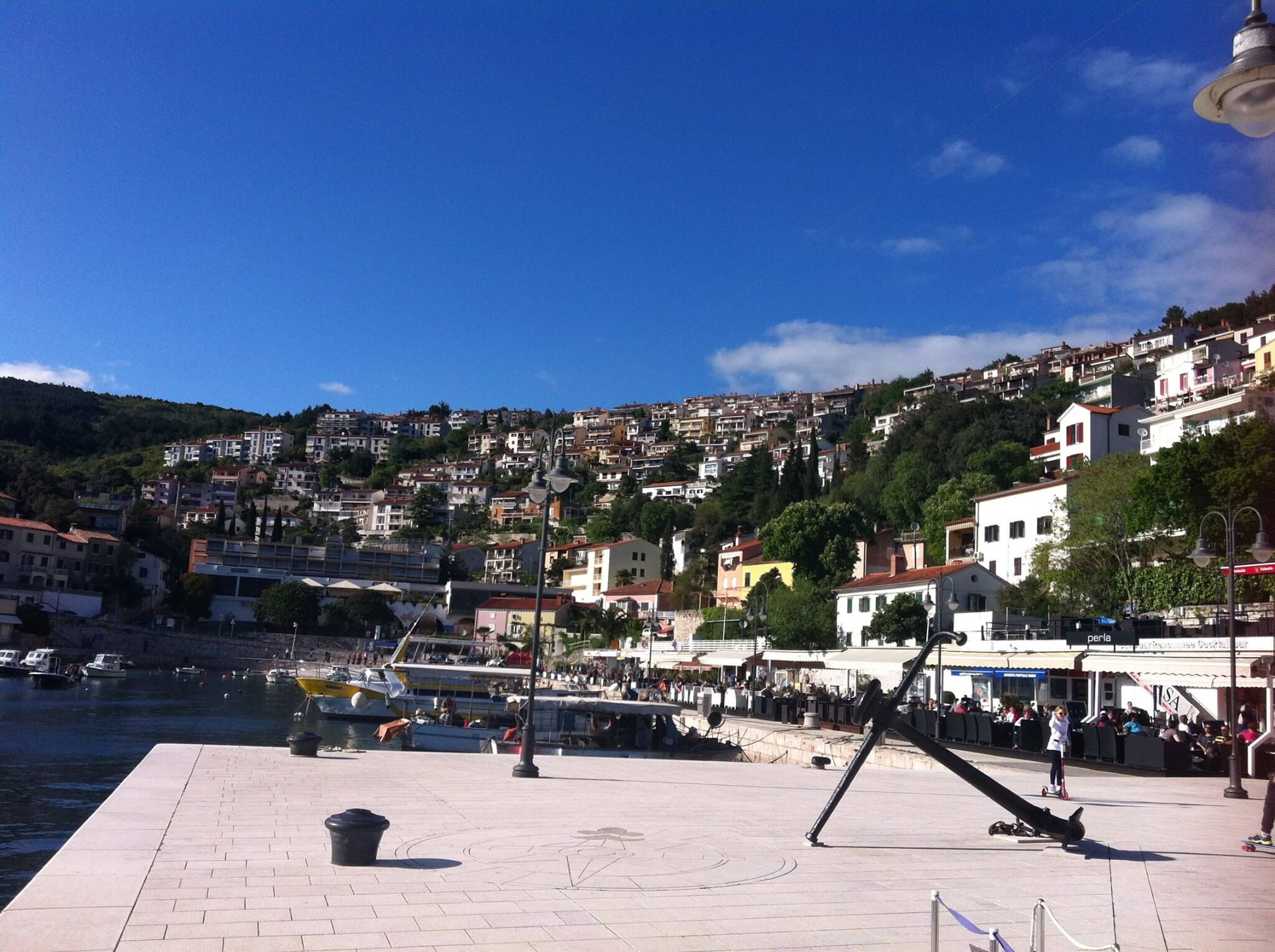 As the town possesses gorgeous surroundings and beautiful bay, soon it became an attractive destination for tourists.  'Quarnaro', the first hotel in Rabac, was opened in 1889 in the house of the Viskovic family situated close to the present 'Orlando' atelier. The hotel had only a few rooms and a pub on the ground floor. Kaiser, the Austrian officer, who was a regular client of that first hotel, later bought Dubrova, an estate close to Labin. Today, Dubrova is hosting the Mediterranean Sculptors Symposium and is becoming ever more famous for its magnificent park of sculptures.

Tourism in Rabac began to develop during the sixties and got the flattering name of 'The Pearl of the Kvarner Bay' due to the placement on the eastern part of the peninsula where the green of the pines and the Mediterranean vegetation flow into the whiteness' of the sea.  Since then, all existing hotels, apartments, camping sites and the majority of the private houses have been built.

Rabac inhabitants were skilled fishermen, seamen and owners of some ten sailboats. As for now, the main branch of income of the locals is oriented on the tourism industry.

Just above Rabac, you can find the old town of Labin - a stage to thousand years long history. The area of Labin, including Rabac, is 128,6 km2 and has about 13.000 inhabitants.

Rabac is well-known for its lovely beaches and it is best to visit from June to September. As Rabac is only few kilometers from Labin so the best city sights are in Labin. Let’s check it below.

Teatrino, or small theatre, opened in Labin in 1844, in a former granary. It is located at Labin's main square, just steps away from the town's main gate – Port San Fior. The building is one of the most photographed motives from Labin. Sometimes it was mistaken for a church, as it has a bell tower with a clock.

If you want to see interesting Baroque palaces including Francovich, Mazini, Negri, and Battiala Lazzarini Palace, the medieval town of Labin is the right place. 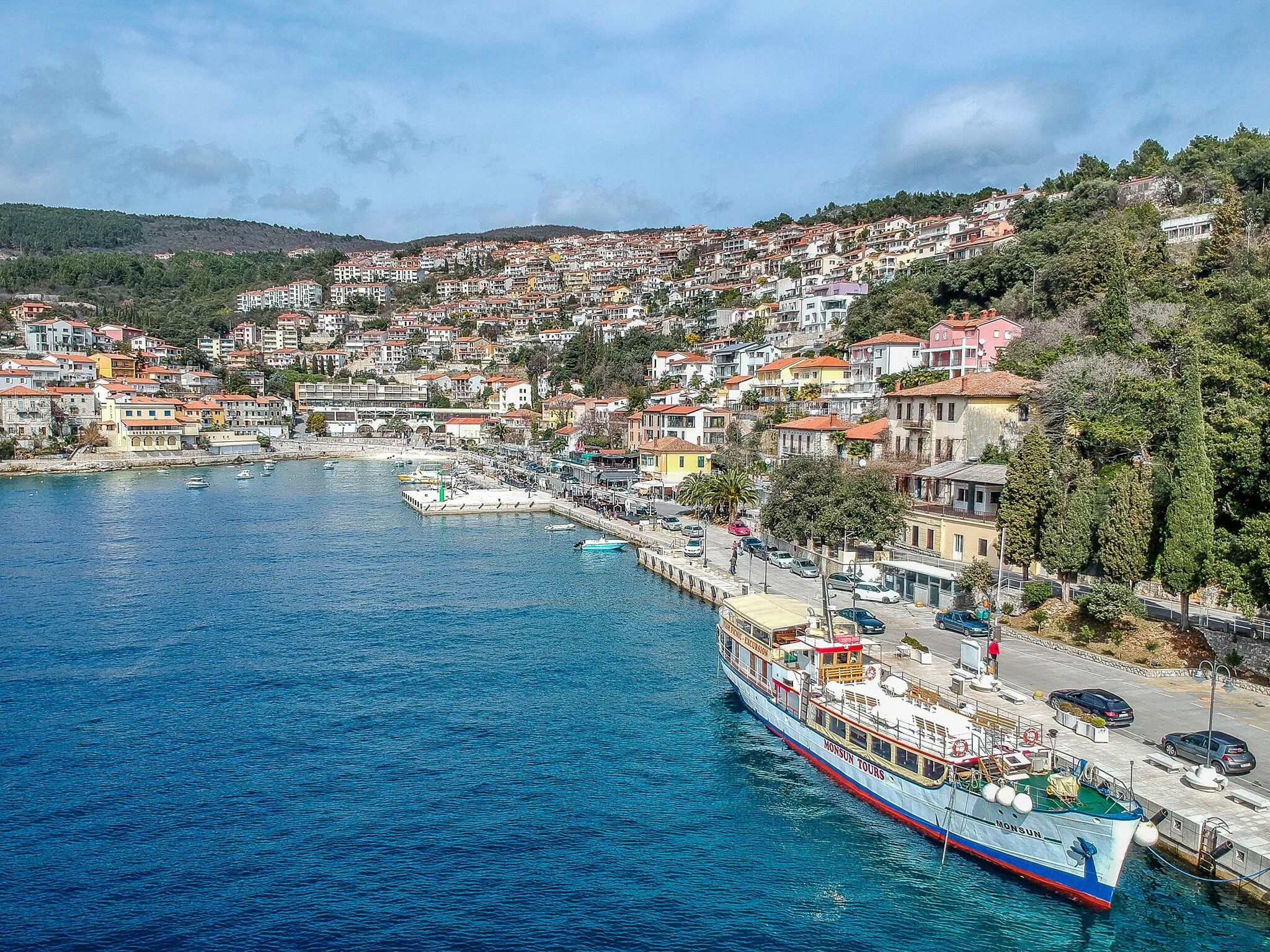 What about museum and history? Labin's city museum is housed in Battiala Lazzarini Palace where the history of Labin through the collection of artefacts and monuments can be found. Various tools, handmade crafts, traditional costumes and clothes are exhibited in the museum.

You may find attractive a 150-meter long mine tunnel there, where you can experience real tunnel miner with all needed tools and equipment. Another interesting building is Francovich Palace, dating back to the 17th century is home to a museum dedicated to Matthias Flacius Illyricus, a protestant, writer, philosopher and historian who lived in the 16th century and has over 200 books.

Also, not far from Labin, just a few kilometres away, you can visit Dubrova Sculpture Park, a large outdoor exhibition featuring more than 70 sculptures. The piece of good news is that it is a free entrance there. 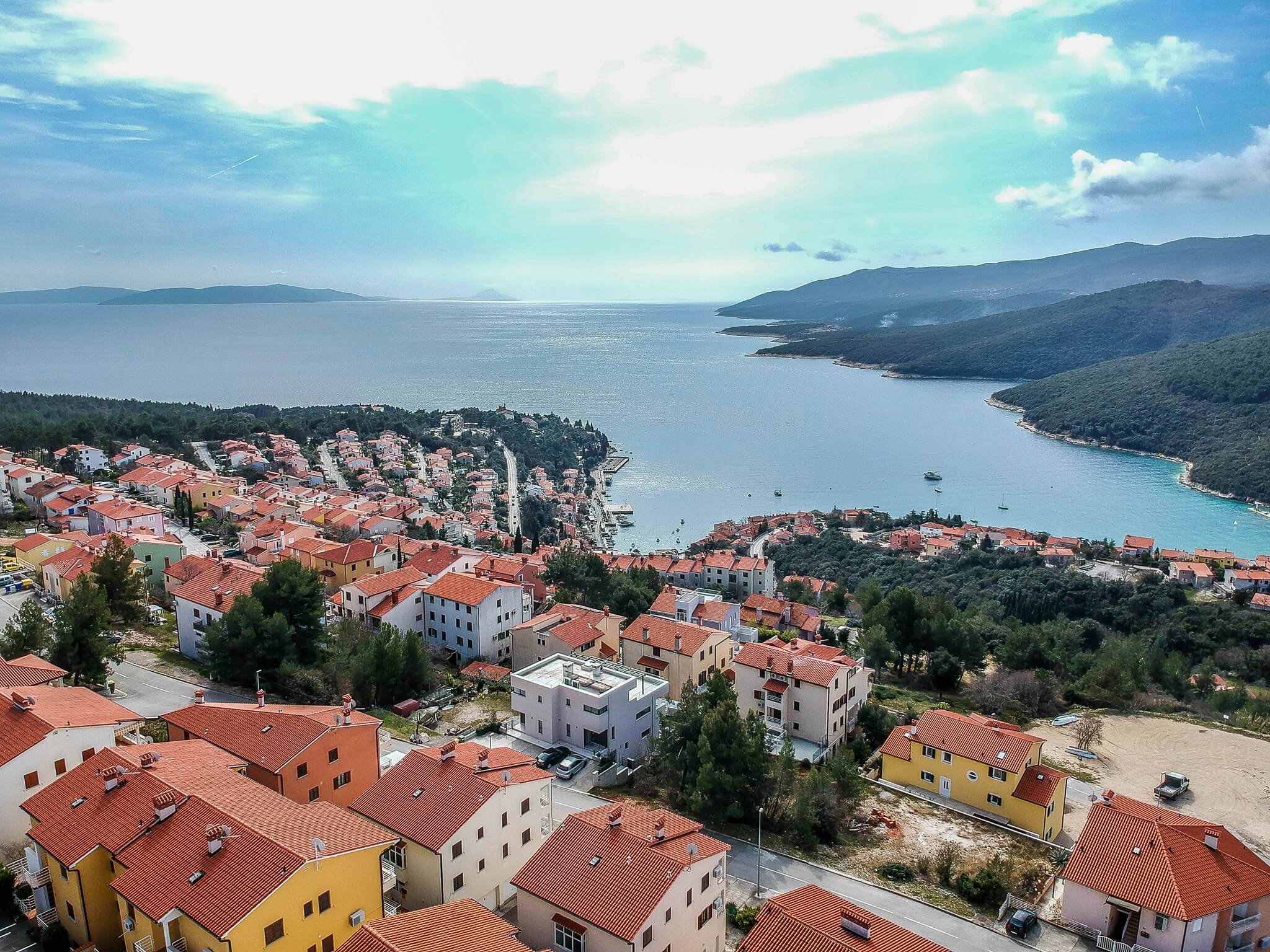 Accommodation and Transport in Rabac

The cheapest option to get to Rabac is to take a bus to Pula city from Pula Airport and then the bus from Pula to Rabac. Also, it can easily be reached by car in one hour directly from the airport.

If you are wondering where to stay in Rabac, there are various options ranging from hotels and private accommodation rooms for the limited budget trip. 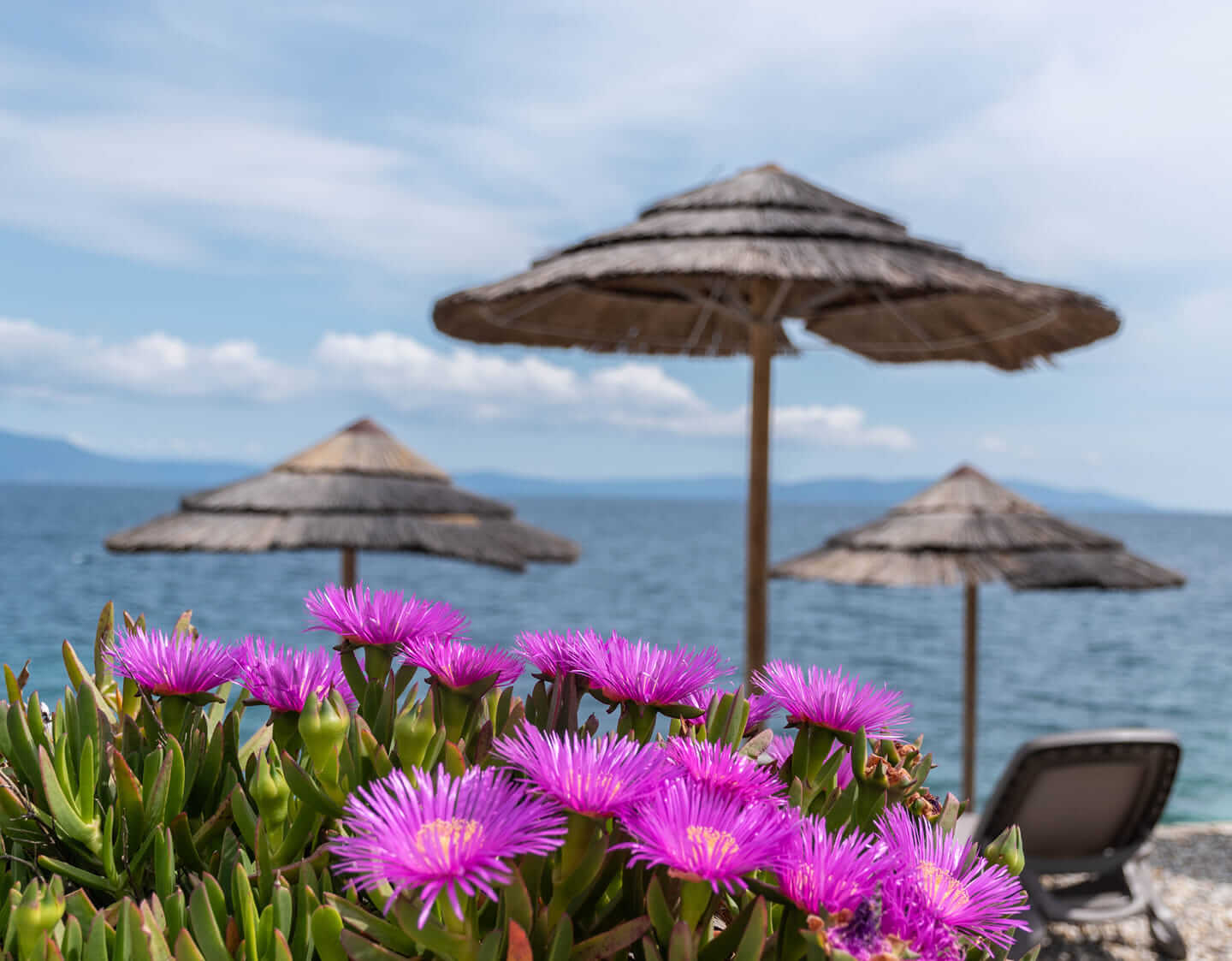 What to do in Rabac?

This resort town is set below of high rising mountain and its shingle beaches can be considered the nicest in all Istria. You can enjoy summer days with your family or friends on the beautiful pebbly beaches such as Maslenitsa, St. Andrea, Lanterna and Girandella, which received the Blue Flag as the best beaches. The boardwalk is suitable for children's cycling, jogging or rollerblading, many restaurants offer excellent cuisine for the whole family. So gourmets will be also satisfied here by local delicious cuisine. 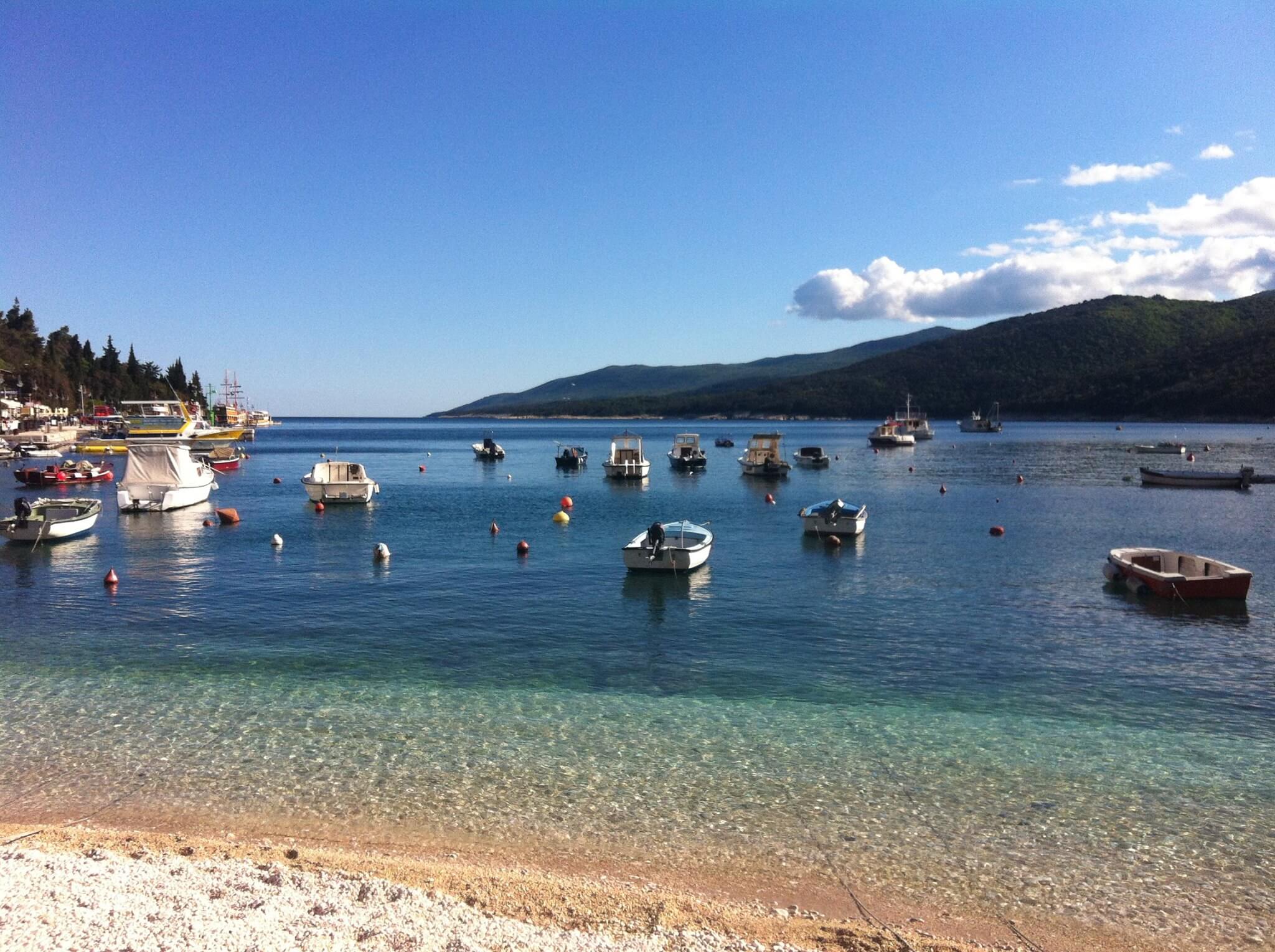 An electric train runs along the promenade connecting resorts on both sides of the town with the centre. So it is a good opportunity to have a train ride with an amazing sea view. Sports enthusiasts can enjoy water parks, table tennis, mini-golf, horse riding, hunting, fishing, diving, sailing, rock climbing, beach volleyball, paintball and many others.  The Rabac region offers as many as 11 hiking trails and paths of different difficulty level. For experienced hikers, there are many trekking events taking place in Rabac throughout a year: IstraTrek in March, Long Walk Day in April, International Walk Day in October. Also, you can challenge yourself on the mountain biking of close 5 marked cycling trails of different length and difficulty level. The shortest trail named as Bella Vista is 33 km long, offers incredibly beautiful views. 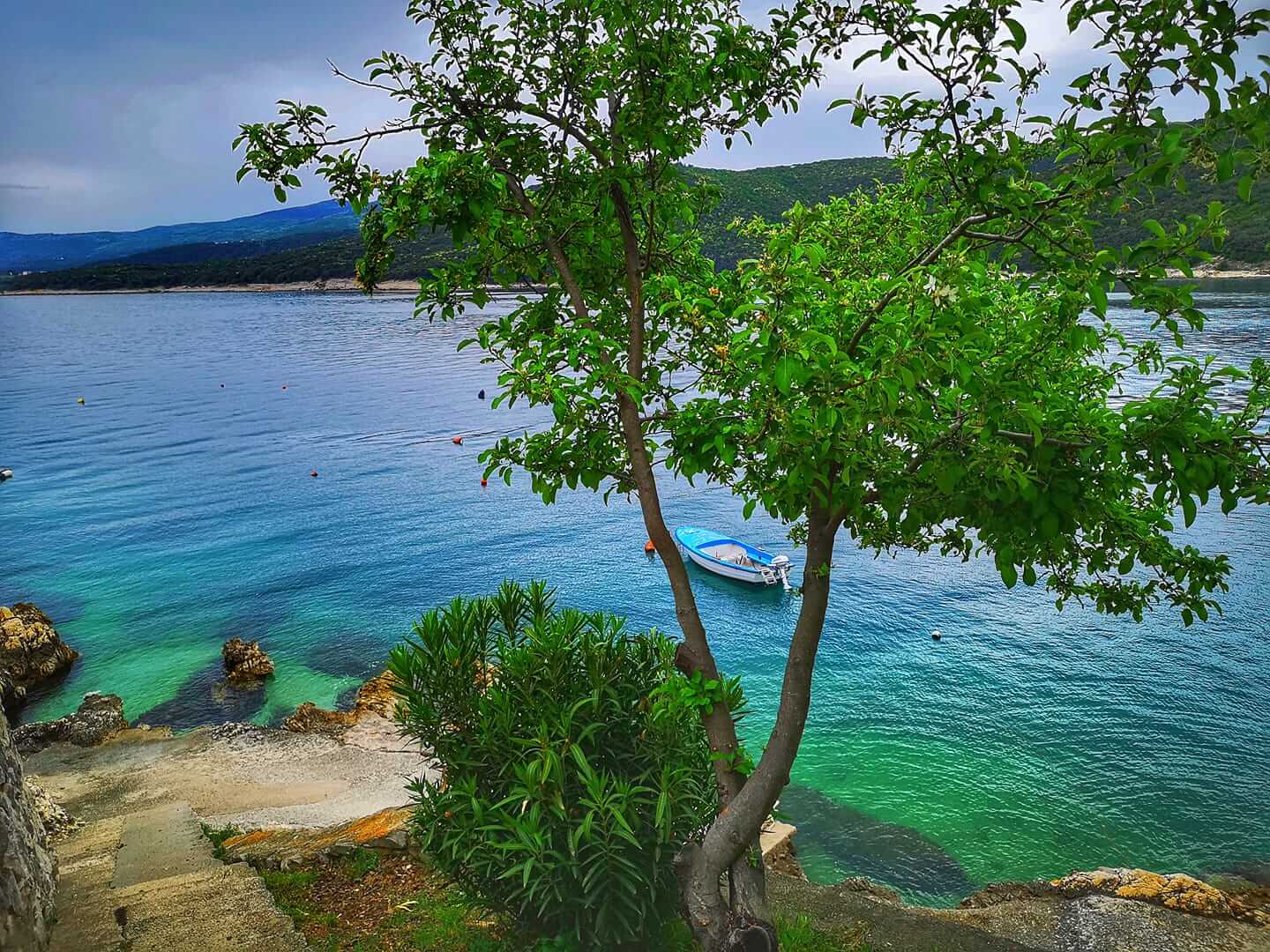 If you are looking for nice beaches and crystal clear sea, swimming and sunbathing, evening promenades, ice cream and boat excursions, extremal activities as hiking and mountain biking, Rabac will be an awesome destination for your holidays in Istria.