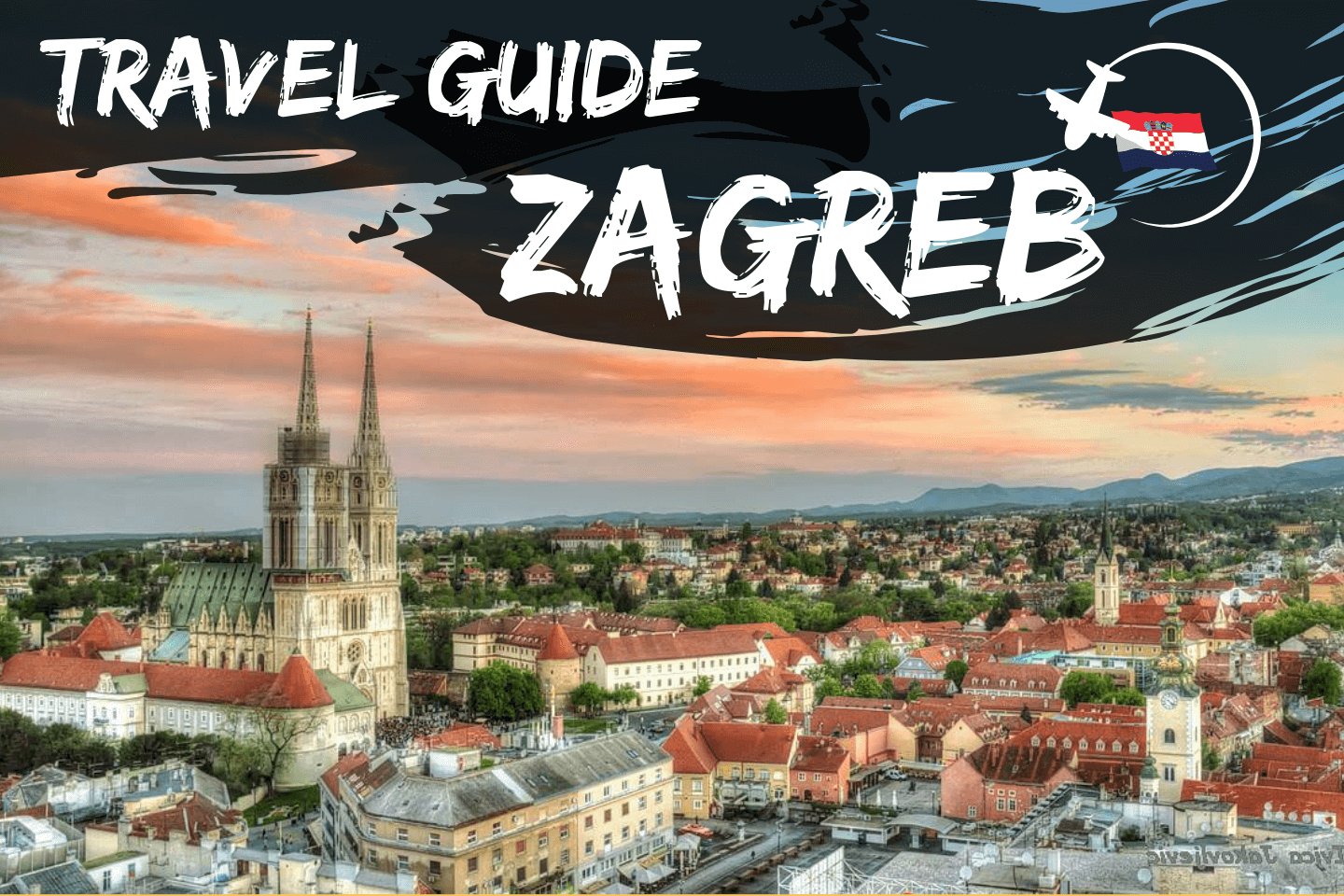 According to archaeological searches, life in Zagreb began in the Stone Age, 35 000 years BC. Zagreb as we know it occurred in the Middle Ages on two hills, Gradec, which is now the secular and ecclesiastical centre Kaptol. The first historical record of Zagreb dates back to 1094 when the Hungarian King Ladislaus on its way to the Adriatic sea has founded Zagreb diocese on Kaptol. The most important historical event in Gradec took place in the mid-13th century. Tatars had ravaged Hungary and their king Bela IV. fled to Zagreb where his citizens provided him safe shelter. To express his gratitude, the king gave Gradec status of a free royal city in 1242. Tower Lotrščak cannon reminds us symbolically of that period every day at noon! These two hills have often been at odds during Middle Age, but they were connected by the stream Medveščak where mills were built. 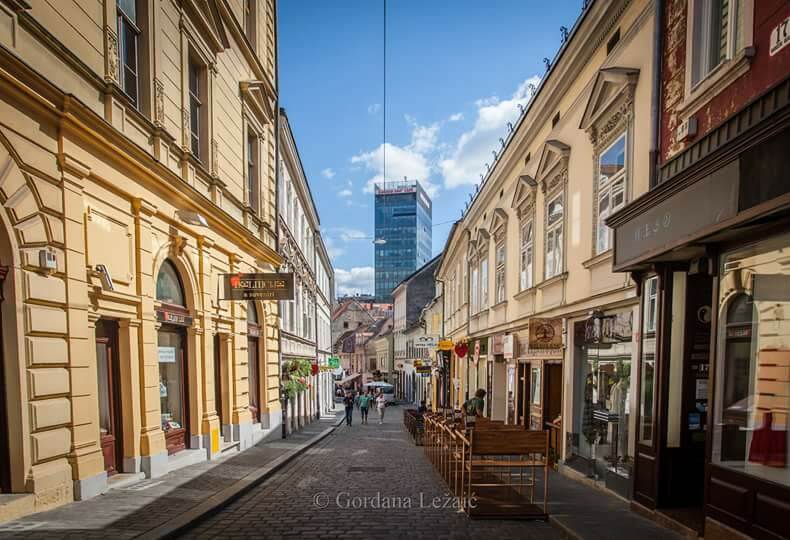 On the path of that stream is today situated colourful Tkalčićeva street, and the stream flows under it towards the river. During the time the city spread from the hills to the plain, and the main marketplace was formed, today that square is the centre of the city and the main gathering place for citizens - Ban Josip Jelačić Square. There is also a fountain, which is related to the origin of the city name. One day Banus Josip Jelačić came out of the battle and said to a girl, Manda, to grab him some water from the spring. That spring is named after the girl Manda (Manduševac), and the city is named Zagreb (according to the word „zagrabiti“ which means "grab“). 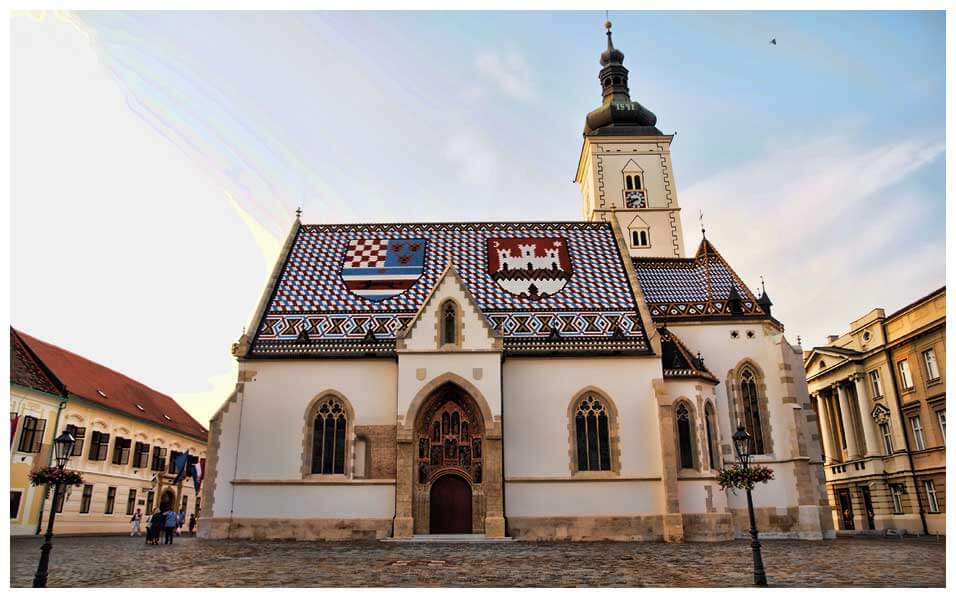 During the 17th and 18th century Baroque aristocratic palaces and churches were built, and later Zagreb became a university centre and seat of government. In the 19th century, the city started to develop industrial production, trade, transport and banking, and the architectural outlines of Zagreb were made in this period. Croatia terminated connection to the Austro - Hungarian Empire in 1918 and became part of the Kingdom SHS, the population of Zagreb started to grow rapidly, new districts were formed east and west of the city, in the northern zone were built representative residences. At the beginning of the 20th-century broadcasts of the first radio station in this part of Europe started, Zagreb Stock Exchange opened, the first automatic telephone exchange building was built as well as the first skyscraper in Zagreb. 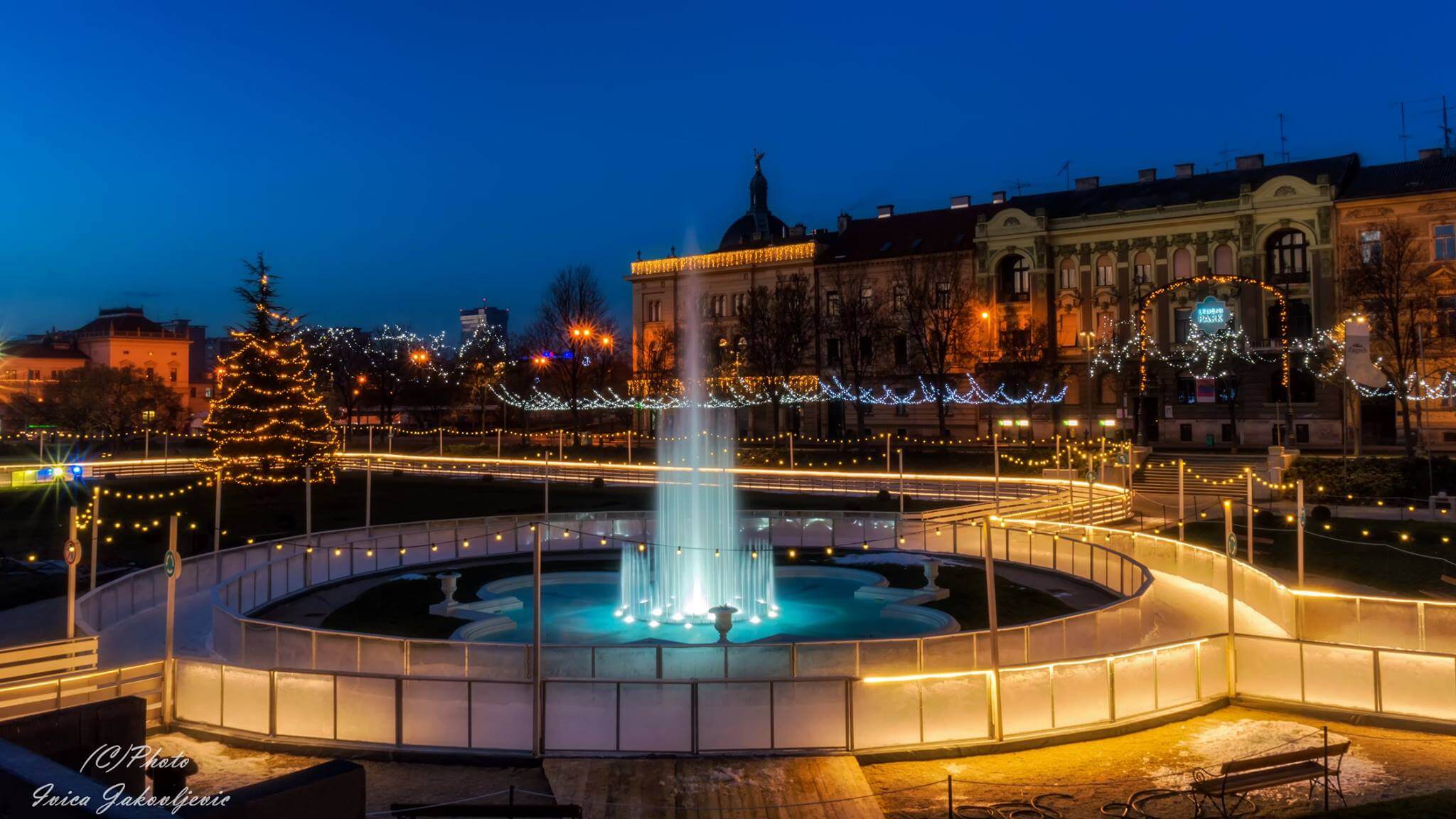 After World War II, Croatia became one of the six republics of Yugoslavia, with Zagreb as its capital. The city spreads across the Sava River, the airport Pleso, new office towers and new National and University Library were built during this period. In 1991 Croatia becomes an independent republic and Zagreb continues to develop rapidly and becomes the business centre of the region, a place of multilingual cultural, business and political communication. 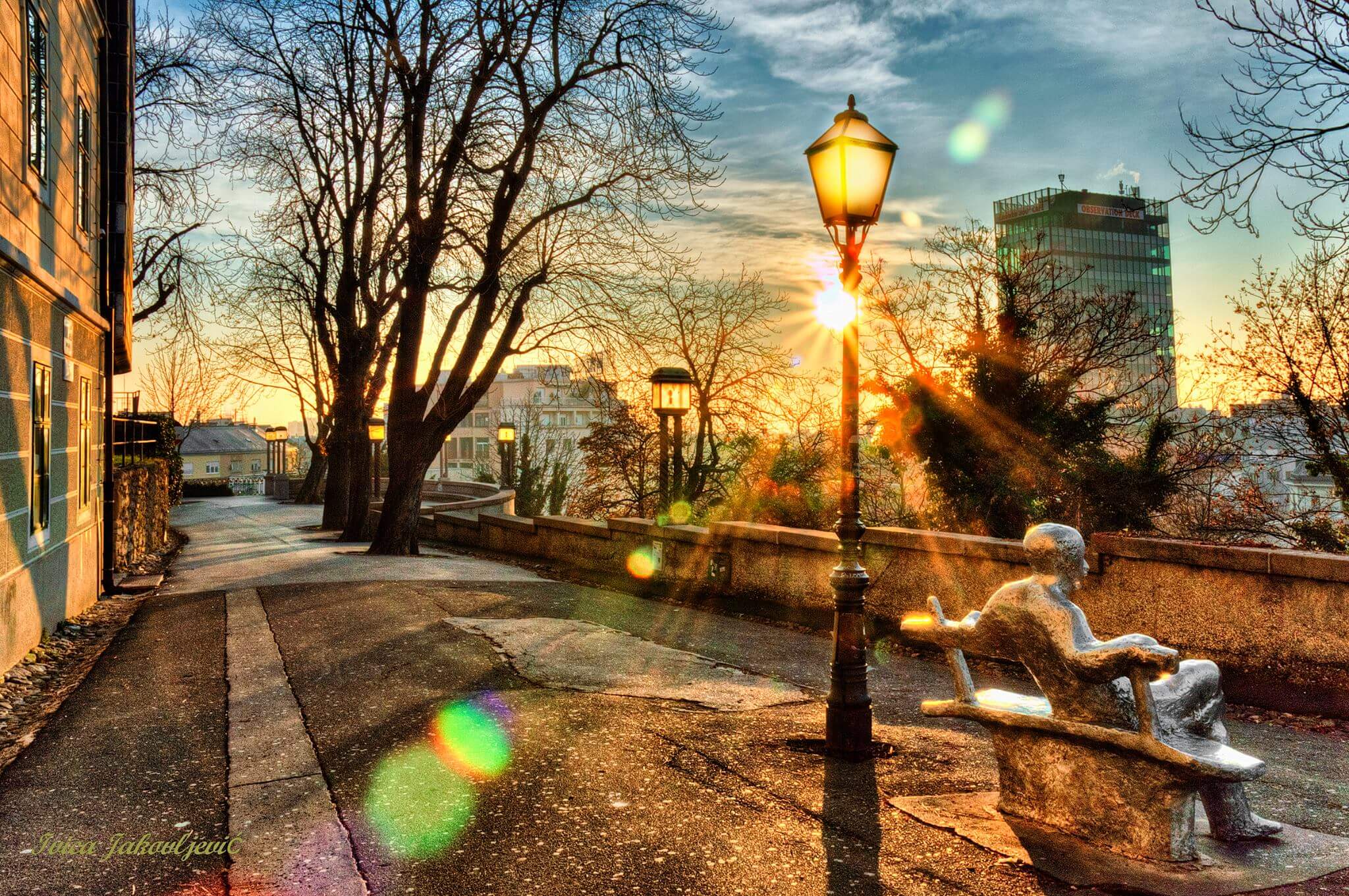 Zagreb is so rich in worth-seeing facilities - we do not know where to start. Perhaps it is best to start from the very heart of the city, Ban Jelačić Square where is situated his monument and fountain Manduševac. The tour can continue through the rest of Zagreb's squares such as St. Catherine's Square where a beautiful Baroque church is located, St. Mark's Square which is the center of the Upper Town (where there is the Gothic church of St. Mark from the 14th century), King Tomislav Square, which is dedicated to the first Croatian king, Marshal Tito Square (here is the Croatian National Theatre, the „Fountain of Life“ designed by Croatian sculptor Ivan Meštrović , Rectorate of Zagreb University, Museum of Arts and Crafts, a sculpture of St. George killing the dragon which symbolically represents the battle between good and evil, Mimara Museum where you can enjoy in chronological sequence of historical style periods), Zrinjevac park where you can relax your body and soul and Flower Square, the intimate French type town square, whose nickname came from the flower shops. 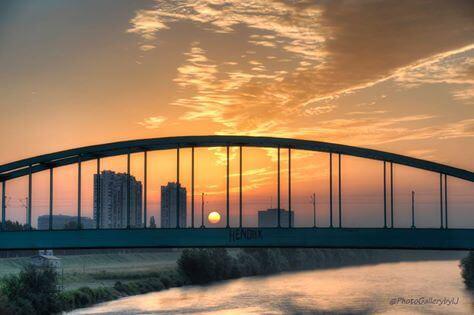 The most important religious building, the Cathedral of the Assumption of Blessed Virgin Mary, built in neo-Gothic style, is located in Kaptol. The church of St. Catherine in the Upper Town is considered as the first Baroque building of continental Croatia. Along with this church is a complex of former Jesuit monastery from the 17th century. In the Upper Town is also a chain of Baroque houses and palaces (eg. Vojković palace where today is located the Croatian History Museum, Banus Palace, Palace Rauch, and Palace Raffay today is transformed into the Croatian Museum of Naive Art). The Upper Town was once surrounded by walls with towers and several city gates. Today we only have an eastern gate, the so-called Stone Gate. This is a basic list of Zagreb city sights that you should visit, but it certainly isn't all. Zagreb is really rich in content, and it is impossible to describe everything that this amazing city offers to you. 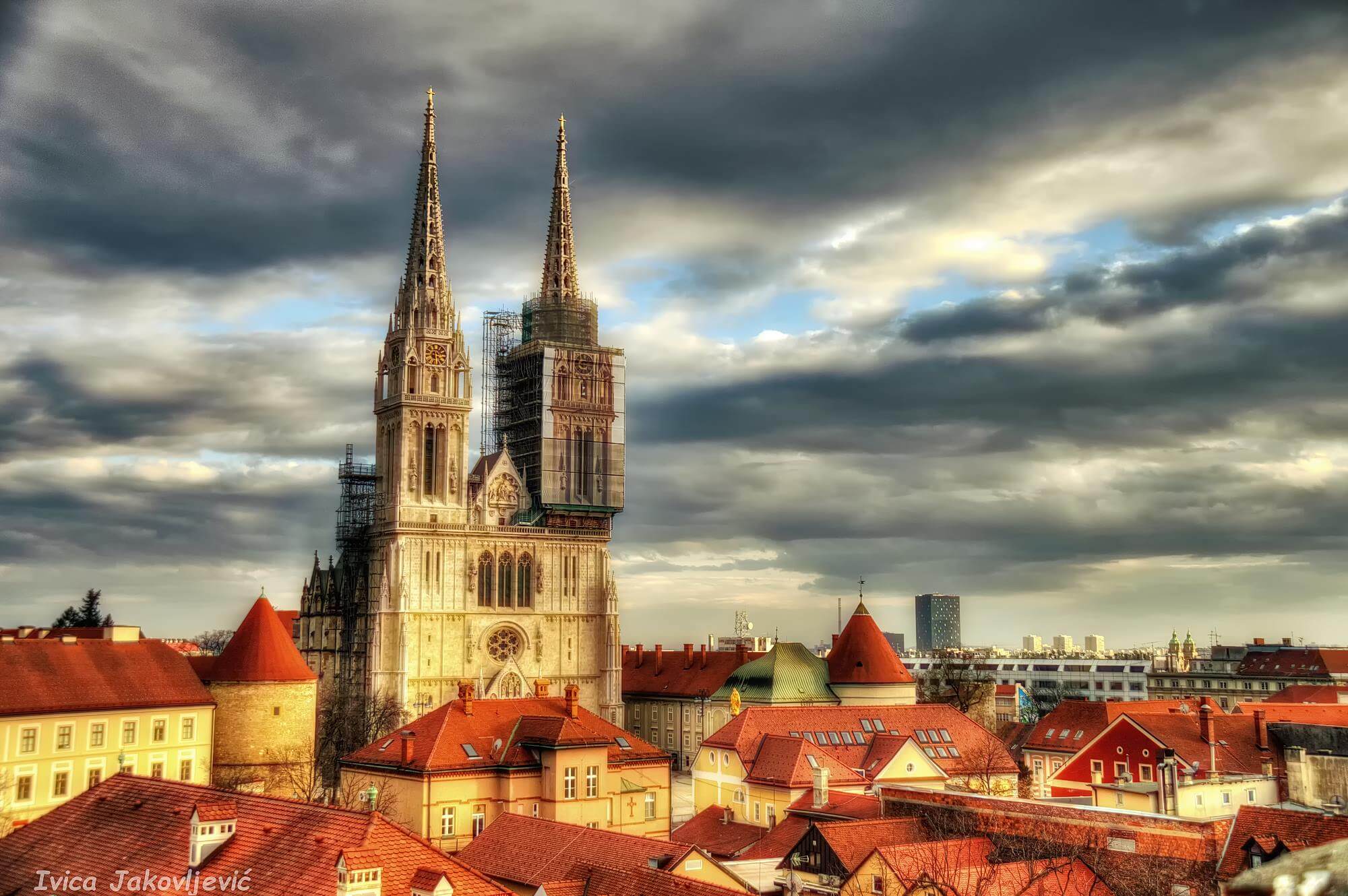 ACCOMMODATION AND TRANSPORT IN ZAGREB

You can reach Zagreb by road (it is well connected with all Croatian regions and Europe), by train, but you can also take a flight to the airport Pleso near Zagreb. Once you are in Zagreb, you can sightsee it combining walking and riding in a tram, which is a great idea if you have more time for sightseeing. Otherwise, you will be able to make a bike tour since the city has a system of public bicycles, but you can also join one of the organized tours with a guide. There are tourist tours by bus, and you can have a unique view from the air - a panoramic flight or flying balloons. Let's return to the city streets, you will be able to do sightseeing by driving Segway or retro way cab. Of course, you can rent a car or get a taxi. You do not have to worry about accommodation in Zagreb, you can choose between many hotels, hostels, guest houses, mountain lodges, camping or if you want to be a little more comfortable, private accommodation. 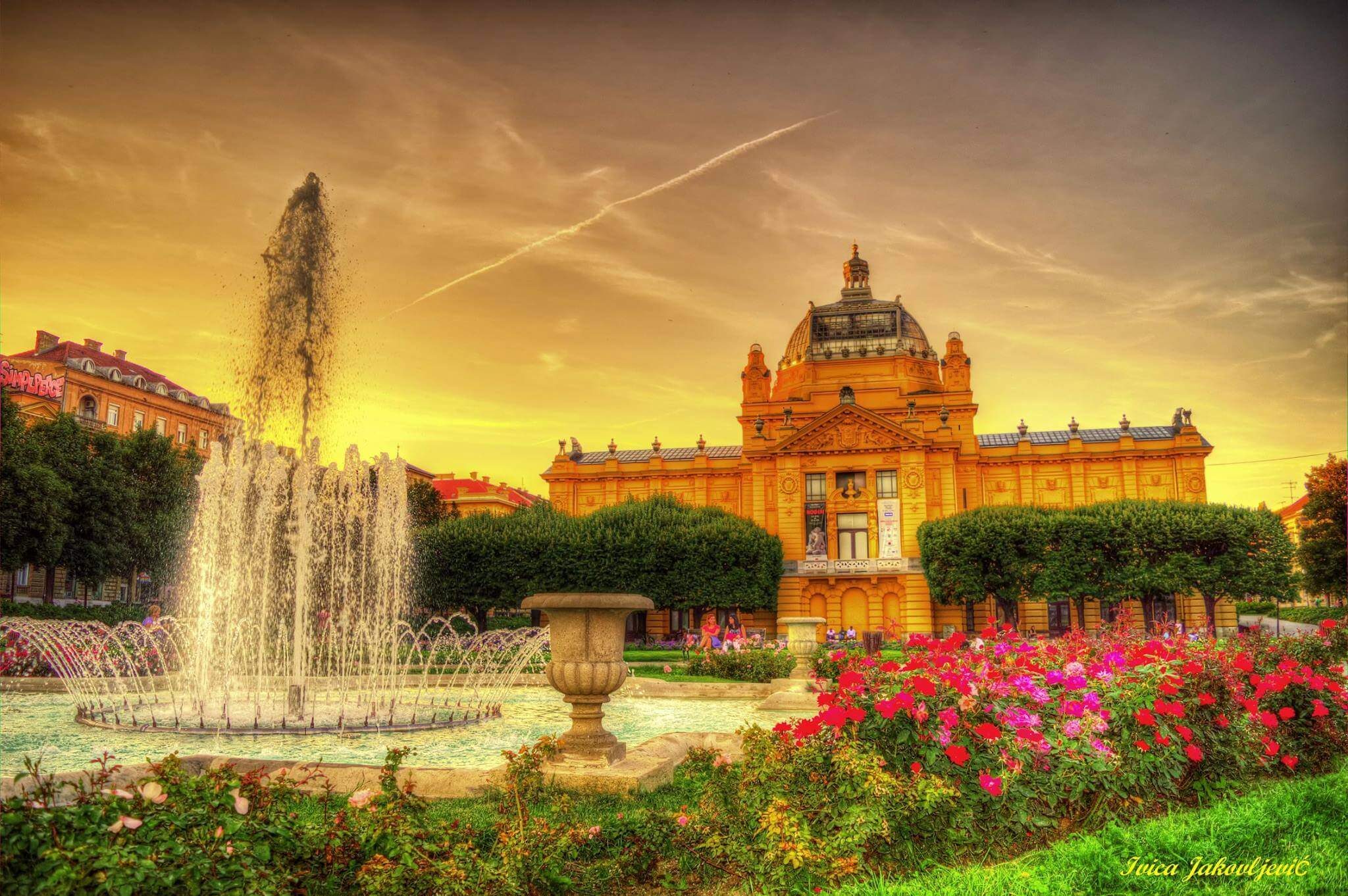 WHAT TO DO IN ZAGREB

You can enjoy in a cup of perfect coffee and delicious cookie from one of the city's pastry shops in some of the open terraces, you can walk through the open market Dolac and buy fresh fruits and vegetables, but also other products such as cottage cheese, honey and alcoholic drink rakija. Zagreb restaurants and taverns have rich meat offer and we encourage you to enjoy the gastronomy of the Croatian capital. Do not miss drinking beer in one of the city pubs! 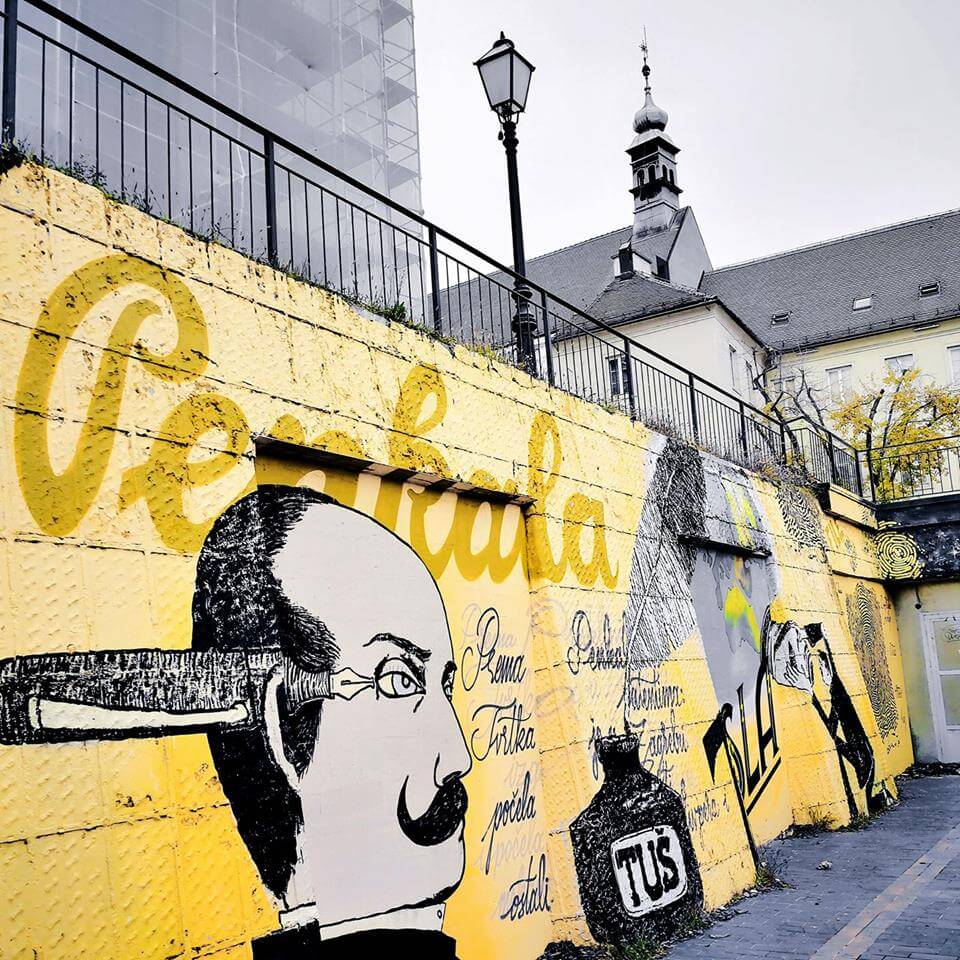 If you are a sporty type, in Zagreb you will truly enjoy. You can choose from sports activities in one of the many sports arenas and stadiums, recreation centres, swimming pools, skating rinks, karting club or hippodrome. Riding a bike or skating in Zagreb's Jarun is inevitable. You can also have fun in the wake park, and if you want more adrenaline treat, play paintball or fly in a vertical wind tunnel. Zagreb offers you numerous opportunities for relaxation such as wellness and beauty centres. 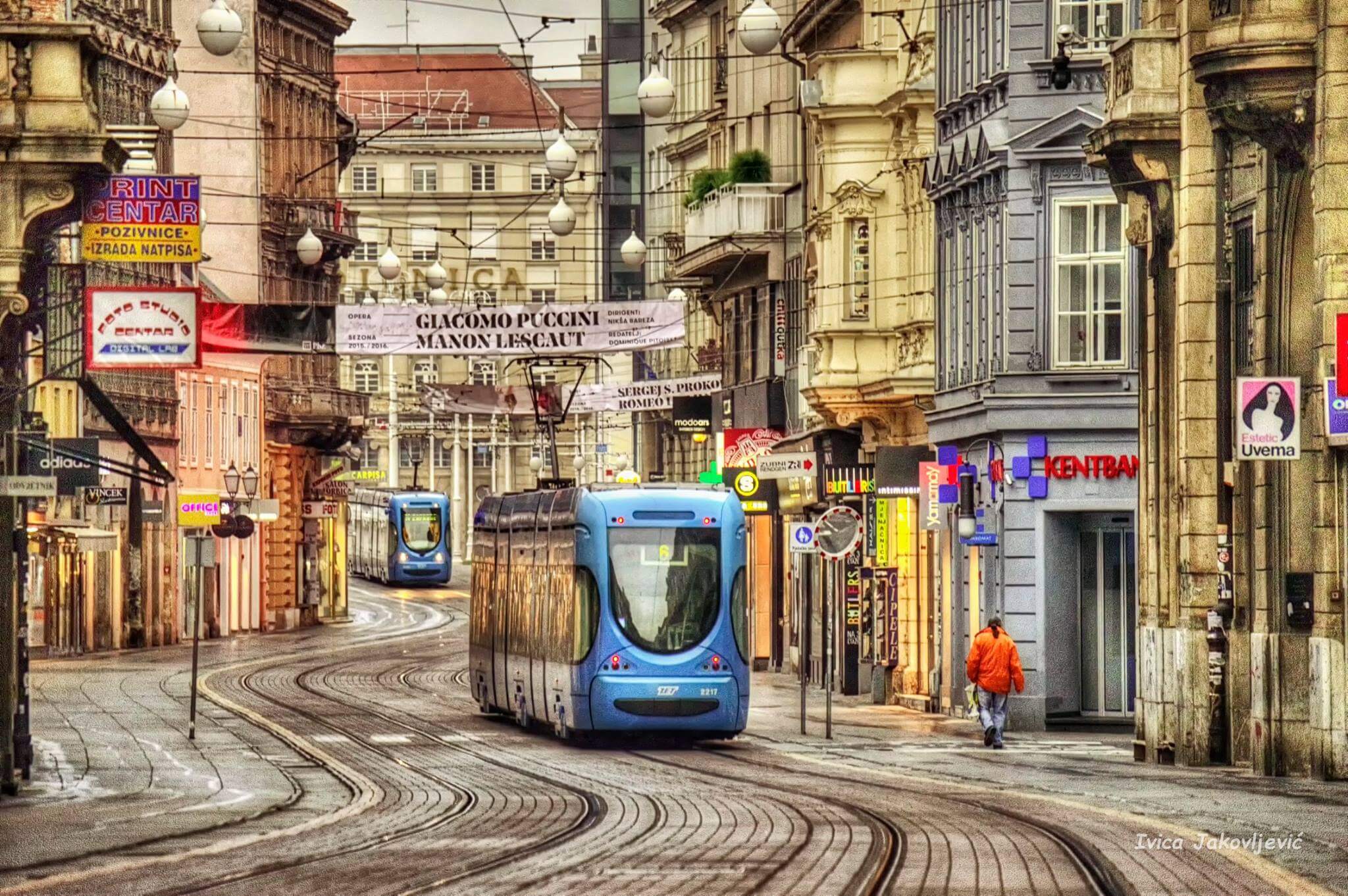 When the night falls, put your best clothes and have fun in one of the nightclubs, cocktail and lounge bars, you can really find something for yourself because there is no lack of choice. Shopping lovers will come into their own because in the city centre you can find whatever you want for yourself, and if that what you search for is not there, visit one of the shopping malls or flea market, why not? If you search for cultural boost, visit an exhibition, theatre, museum, concert or some other music event, stand-up shows are very popular in recent times, and the Zagreb Fair is a venue of many fairs, as well visit Museum of broken relationships and Museum of Illusions. 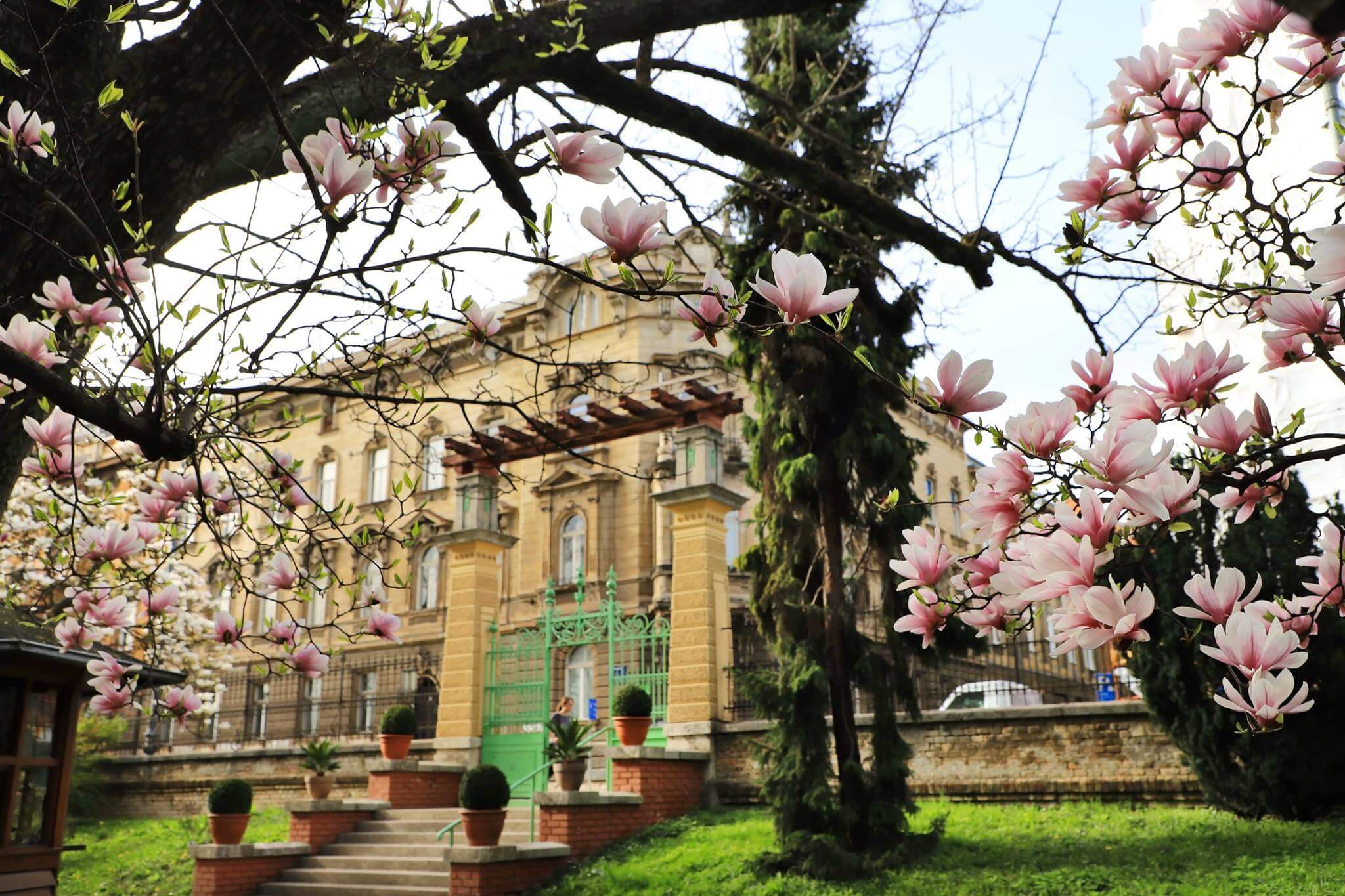 Do not miss the zoo and botanical garden, and if you have extra time, go climb the mountain Sljeme and eat a serving of homemade beans. If you are the lucky ones who spend Christmas in Zagreb, get ready for a fairy tale because the Advent in Zagreb 2015 has swept 19 other European cities according to web page European Best Destinations. When you are in Zagreb, breathe it with full lungs, indulge and enjoy. 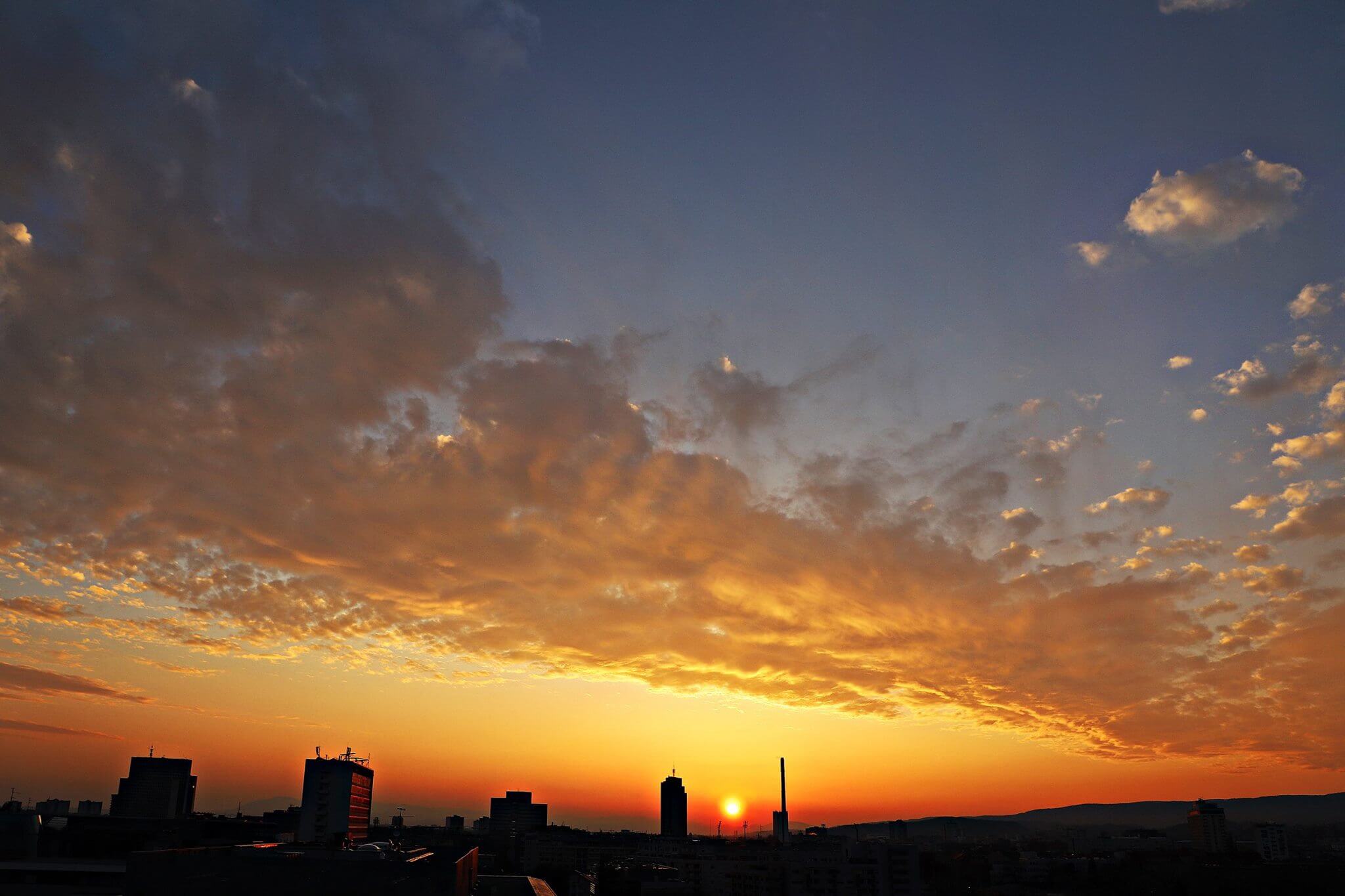