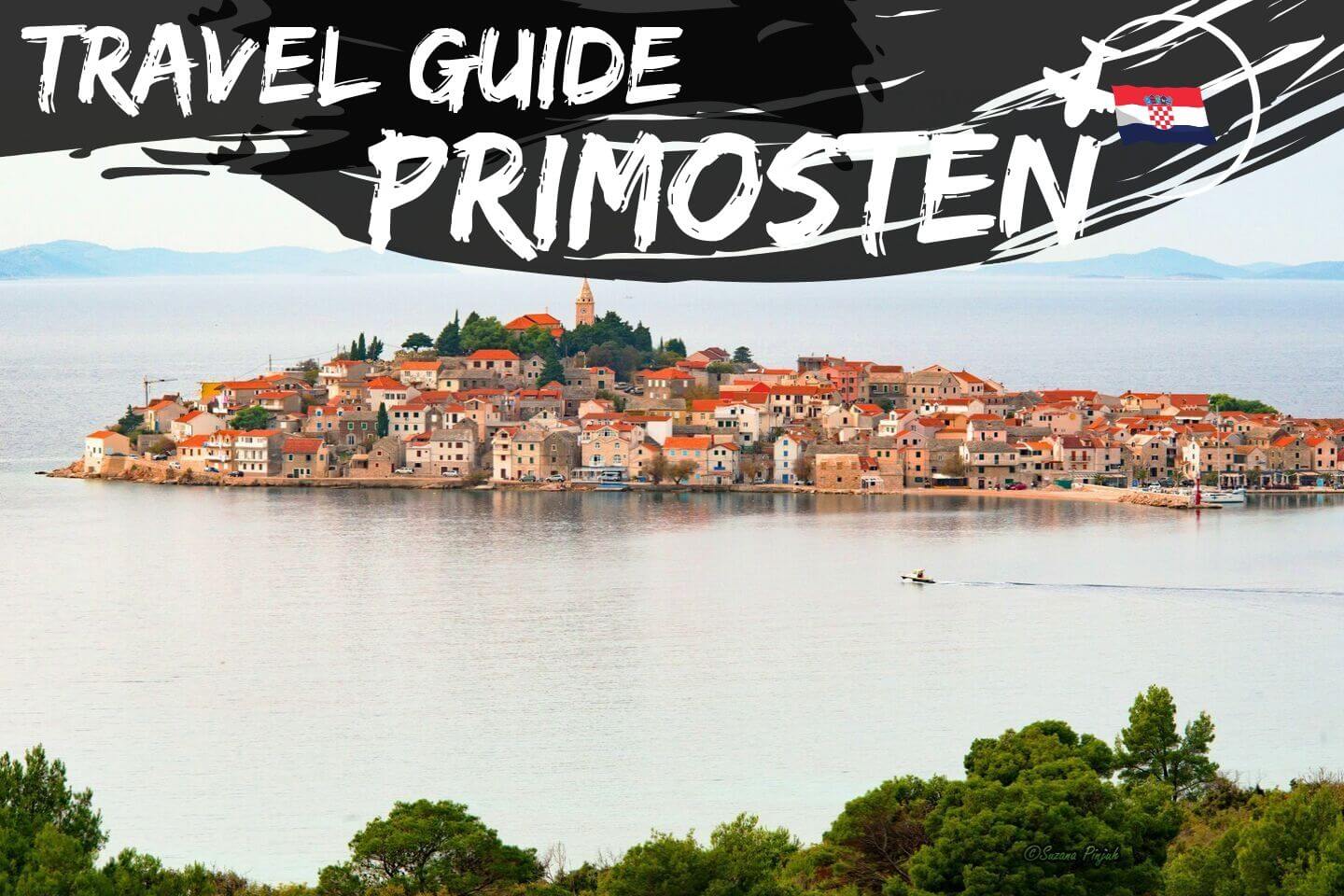 The charming settlement Primosten can be found in Dalmatia, Croatia between towns Split and Trogir. Primosten has astonishing natural beauty with the interesting town history.

History of Primosten town is something worth reading. The story starts from Bosnia 11th century when there were Turk attacks so thousands of people were seeking refuge. They moved to the Sibenik and were brought to the small valley where they formed their settlement in the vicinity.

Thereafter, Turks arrived in this region too, so the refugees had to move the nearby island. The wooden movable bridge was built to connect with the mainland to lift it in case of enemy invasion. The name Primosten literally means “Bridged”. This settlement began mentioning in the historical documents in the middle of the 16th century. 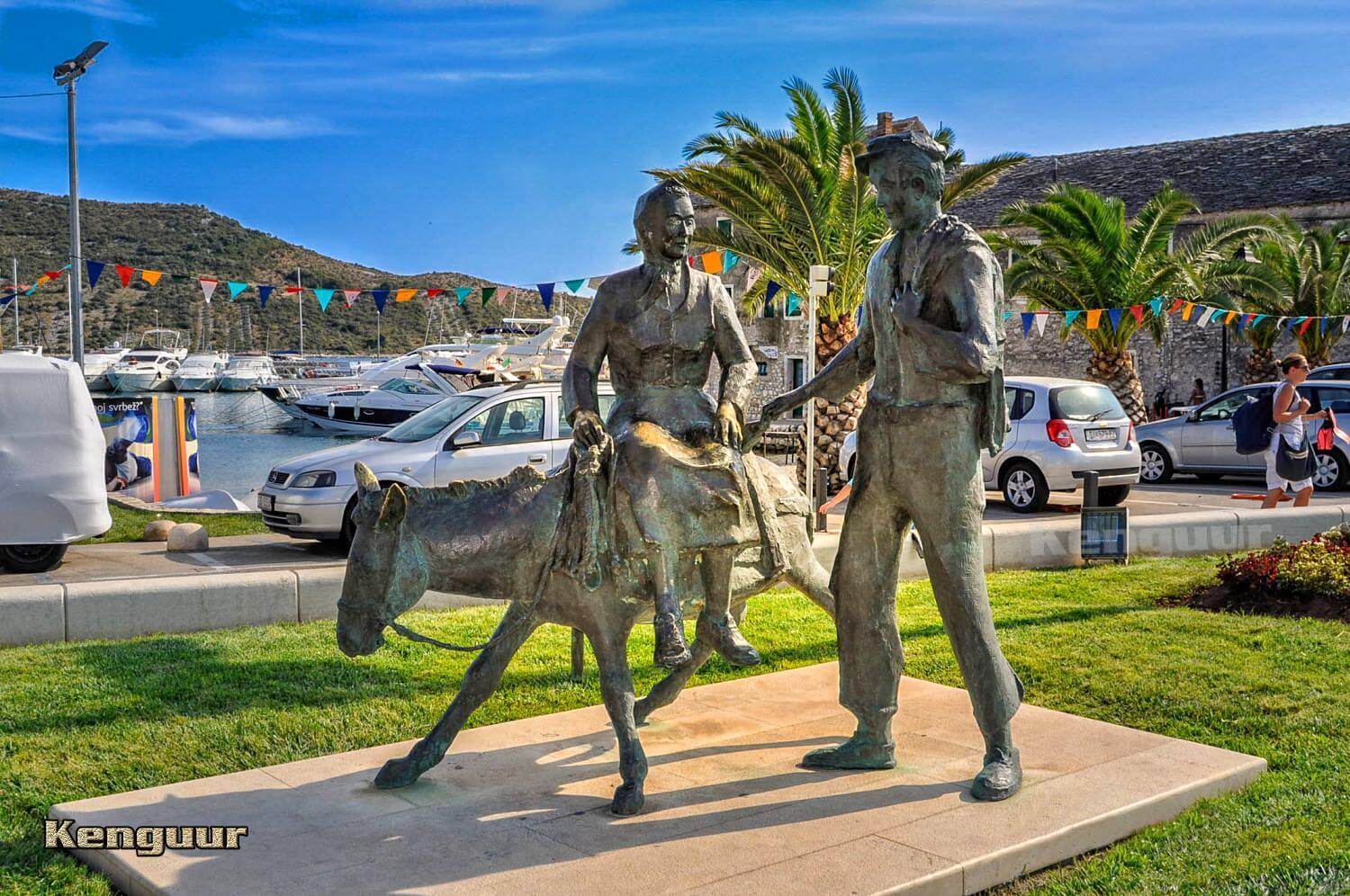 Slowly, Primosten became a cultural and commercial centre. The town was occupied by Italian invaders during World War I. The Second World War was a hard time for Primosten inhabitants. In late 1942, fascist forces were ordered to perform a strike against the civilian population of the town in order to retaliate for certain Allied successes. The people were warned about it and retreated from homes. Nevertheless, over 50 residents were killed and the date of it, 16th of November is becoming important and is annually celebrated as thanksgiving holiday dedicated to Lady of Loreto.

In the ’60s the town has built a good relationship with Esperantists, which gave a huge boost to settlement’s tourist potential so there were first hotels built.  Also, the locals turned towards the production of wine. Even today, their brand “Babic” is highly regarded in Croatia as we mentioned in our blog about most popular Croatian wine types.

Attractions of Primosten are interesting architecture, amazing beaches and crystal clear waters.  The town Promisten is located on the hilly peninsula with old narrow streets wrapped around the Parish Church of Saint George. The church was built in the 15th century and rebuilt several times to the current appearance. It has an excellent vantage point due to its location on the highest point of the peninsula.

Next, to the church, the bell tower and old cemetery located. The church has two altars- the altar of St. John of Trogir and the altar of Our Lady of Loreto. 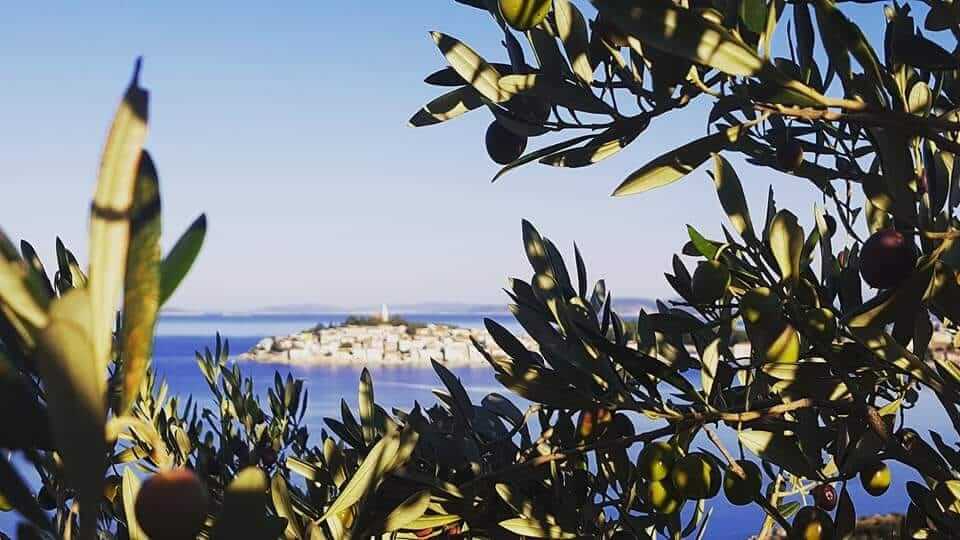 Altar Our Lady of Loreto is the religious point located above the historic town of Primosten where can be seen an amazing view. The noteworthy place in Primosten is the stone lacework of the Bukavac vineyard. It is considered as a symbol of human effort which is immortalized in the photograph in the atrium of the United Nations building.

Accommodation and Transport in Primosten

The town offers lots of private apartments, villas, rooms and hostels. You will find a place to stay for any budget. 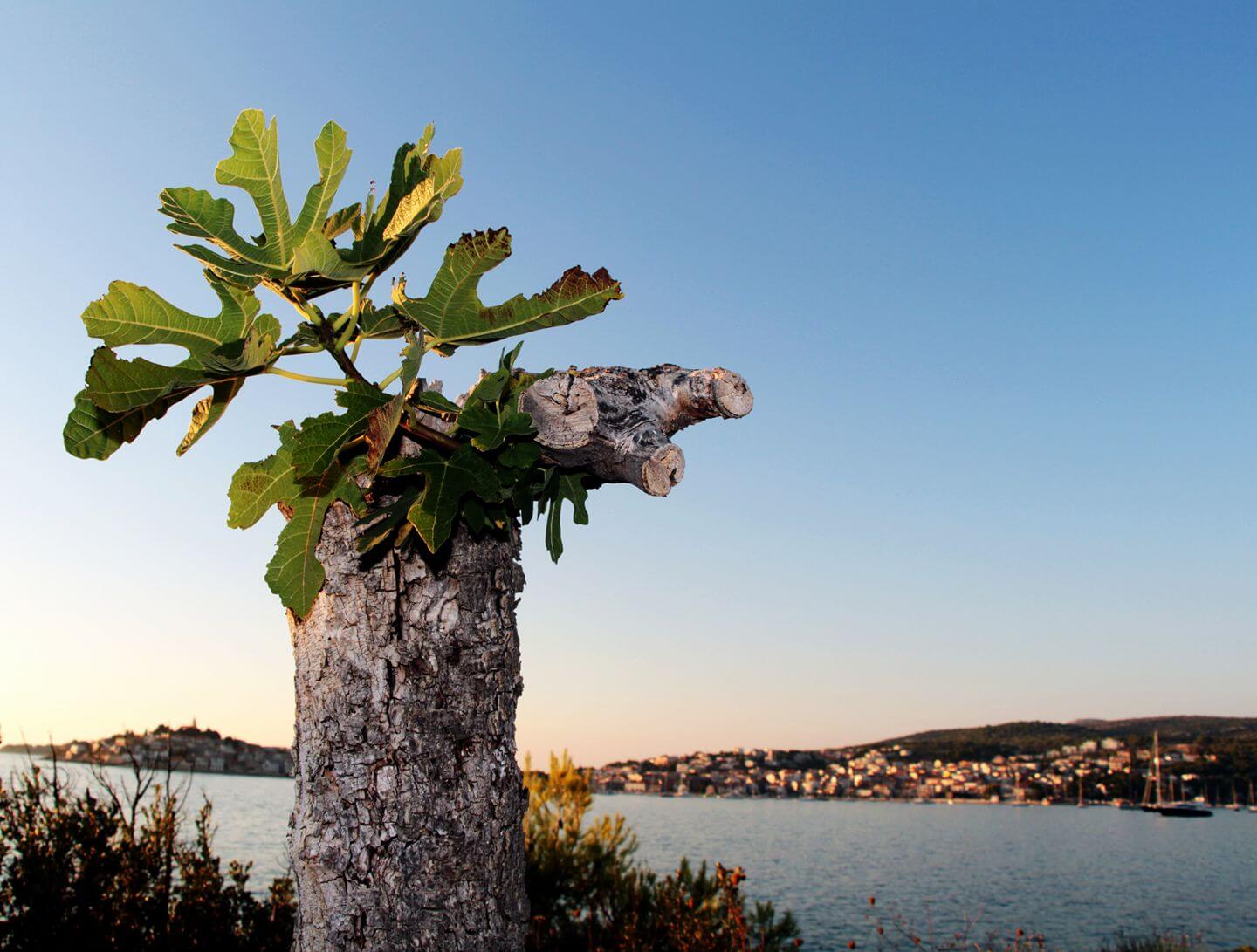 What to do in Primosten?

Start your trip in Primosten with the historic sight in the old town where you can admire the medieval architecture.

Primosten town offerings are beaches which are included in the top list of Croatia’s best. Velika and Mala Raduca beaches are amazing to relax and enjoy the sunshine. You also have a chance to explore the seven nearby islets. You can find other beaches which are mostly pebbly and partly rocky where you can seek some hidden bay and enjoy the peace and tranquillity. 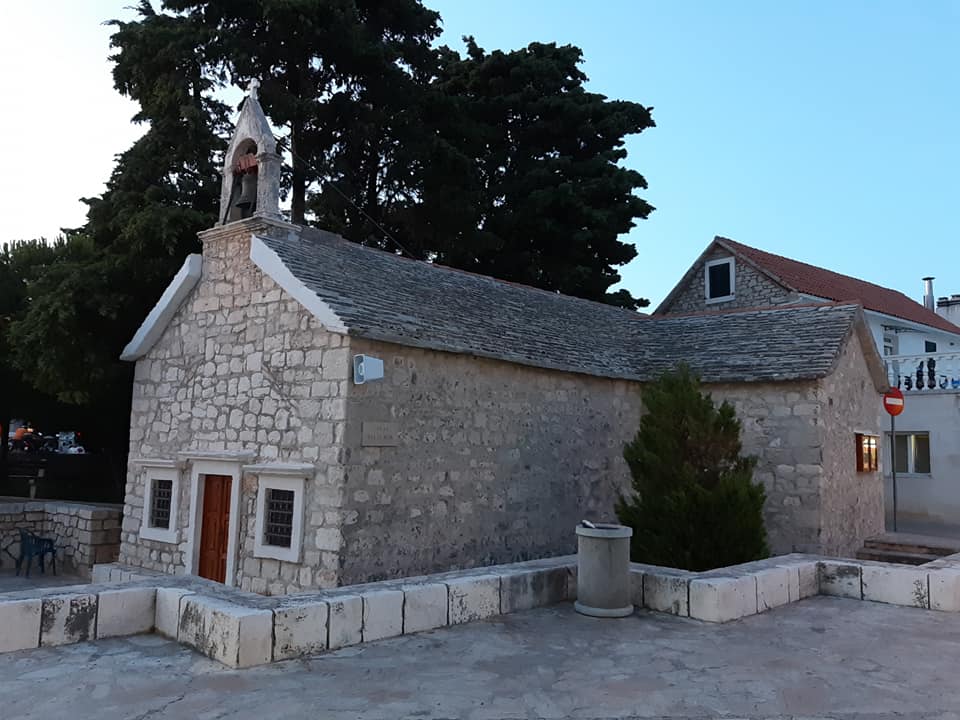 As Primosten has a lot of vineyards, it is worth to visit them. The most famous and most visited of them is the village of Primošten Burnji. Here the residents of the village are involved in producing olive oil and red Babic wine for which the region is popular. 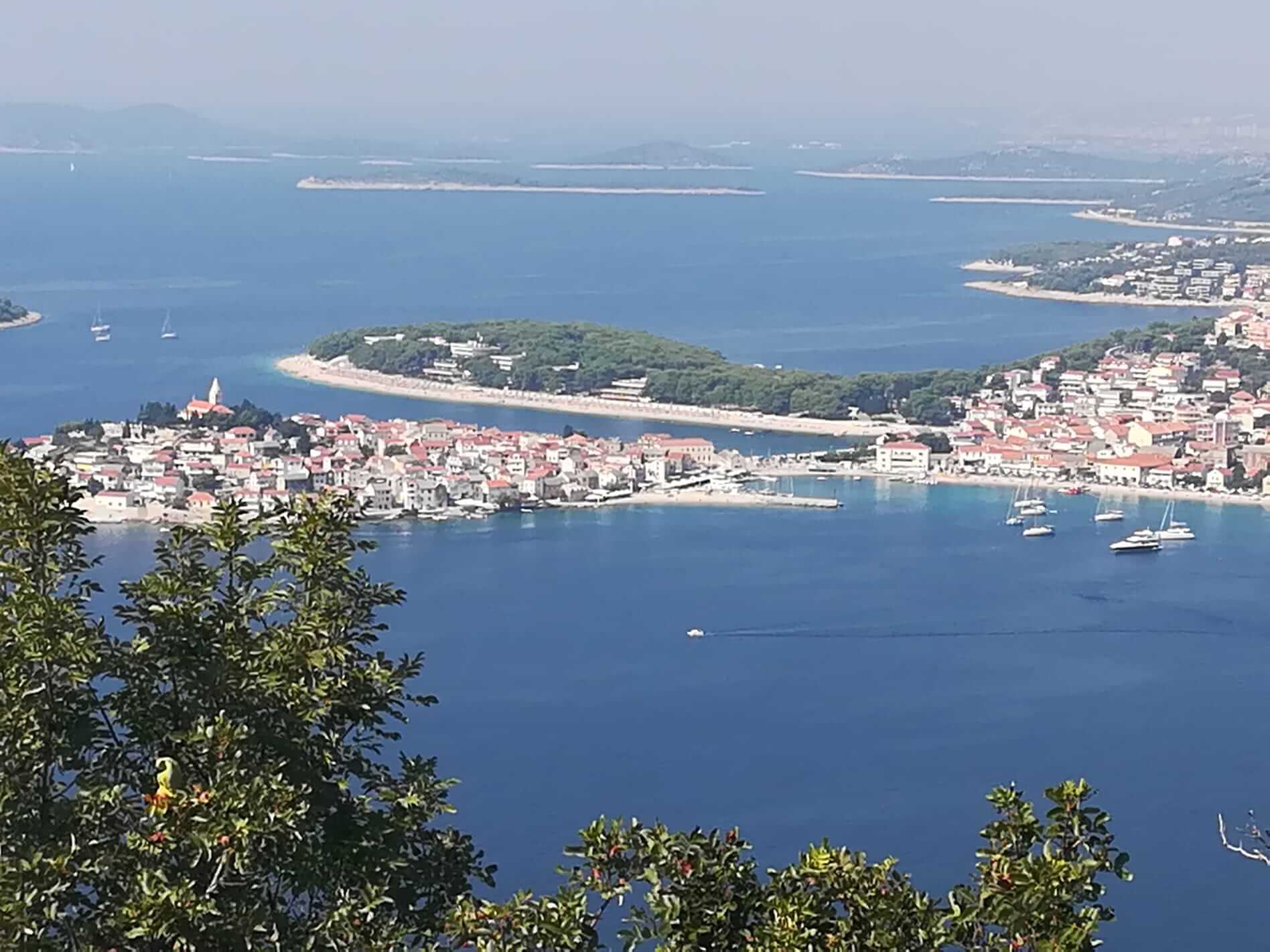 Primosten offers interesting water adventures as eco-fishing and divining. There are interesting diving sites to explore and open up a beautiful world under the sea.At the beginning of August there is a SuperUho festival held in Primosten.It takes place on one of the most stunning beaches along the Adriatic. With a line-up honouring the NO Jazz Festival, it brings forth Mark Ribot, Art Brut, Colin Stetson, Shilpa Ray, Chui, The Fogsellers and many others.

Primosten is a pretty little town, you will definitely love the atmosphere of this place and will be convinced that it is worth visiting.