The medieval town of Svetvinčenat in Croatia is located in the hinterland of Istria, near Rovinj and Vrsar. Keep on reading to explore the differences of this town from other medieval Istrian towns.

Svetvincenat is a  town located in the central part of Istria. Svetvincenat has several names as Savičenta, San Vincenti from the name of patron Saint Vincent and the abbey of the same name around which the small town has developed.

Town has started developing in the 6th century when the Benedictines arrived in the town and worked hard on the place where they live with their lifestyle motto: Pray and Work. Later, feudalism developed in this town with further owners changes. During the ruling of the Venetian Grimani family for more than 200 years, the town reached the biggest progress in development. 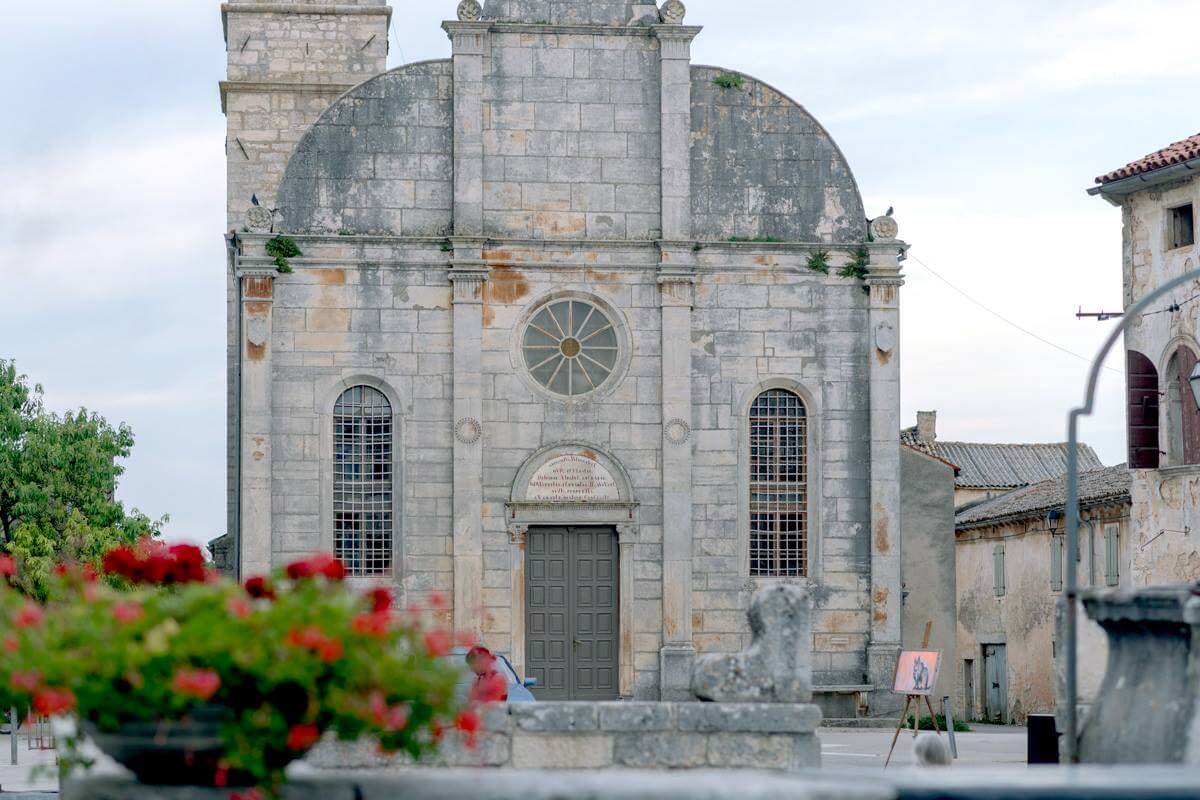 Castle Grimani or Morisin-Grimani castle played a great role in the town till nowadays. Tradesmen, soldiers, travel writers and tourists set it as the destination. In the early 13th century, there was built the first fortress which was destructed due to war years and reconstructed later. Besides appearance changes, owners were also changed. After bishops and families Castropola and Morosini, the ownership over the castle were gained by the Grimani from Saint Luca, a Venetian family. The presence appearance to the castle was given according to design made by Venetian architects Scamozzi and Campagne in 1589.

In the 19th century, the Grimani family left the castle over to the bishops, that gave it to the municipality earlier this century. The castle was burnt one more time during World War II.

Placa or the main large square of Svetvincenat is the first visit place in Svetvincenat, it has preserved the simplicity and Renaissance features. In the centre of the square,  there is a stone cistern or the well which made in 1808. On one side of the square, the castle and the palace placed, and the Parish Church of the Annunciation of Mary on its eastern narrower side.

Others sides are encircled by a row of houses with Renaissance windows and the town loggia. It can be said,  that square of Svetvincenat is a great example of good planned Renaissance urbanism in Croatia. The special carved architecture details on the house, castles and church make the square significant. 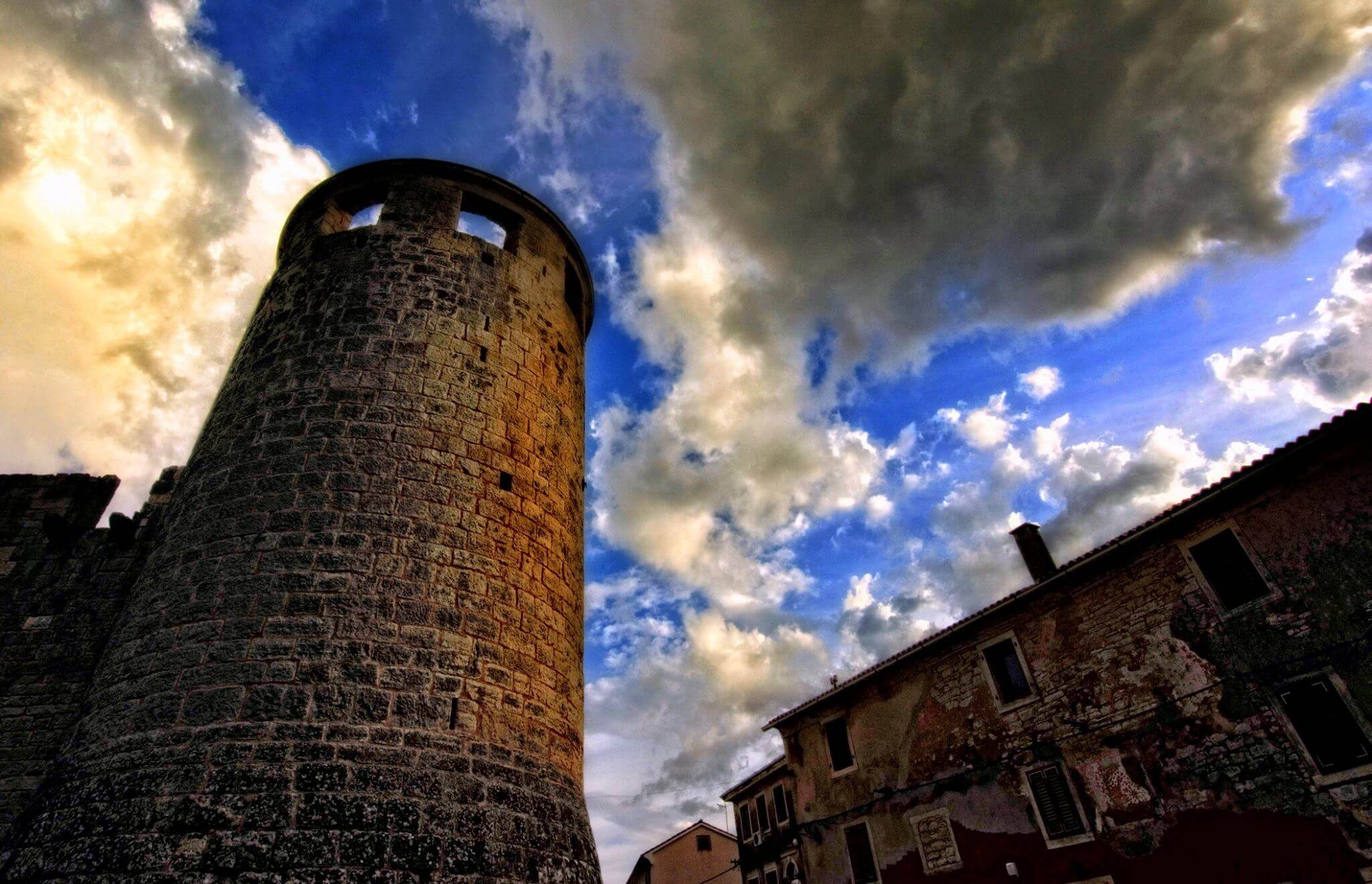 Parish Church of the Annunciation of Mary is the church you can visit while walking in the square. The construction of the Parish Church of the Annunciation of Mary dates back to the late 15th century. The facade of the church is simplified and the family with Pietro Morosini initials are crested on it. The architect is unknown and it was built from local stone.

The stone castle Grimani, or Morisin-Grimani dominates in the town, it is the best-preserved castle in the peninsula of Istria and the largest Svetvinčenat building, stretches over almost the entire north side of the “Placa”.It was named by the owners of families Morisin and Grimani which were playing an important role in the castle’s history.

Also, in Svetvincenat, you are able to see the antique weapons collection „Ferlin“. 160 pieces of firearms and cold weapons and the whole accompanying accessories from the period between the 15th and the 19th century are kept in this collection. The main attraction of the collection is a 15th-century Venetian bombard right from Svetvinčenat, a forerunner of the cannon.

Accommodation and Transport in Svetvincenat

You can get to Sventvincenat by bus or car from Pula or Rovinj for 30 minutes only. The same transport is from the airport if you are coming by plane, which is the nearest one in Pula.

About the stay in Svetvincenat, there are just a few hotels, but you are able to rent holiday homes or private apartments in a variety of choice.

What to do in Svetvincenat?

You can be wondering what to do in Svetvincenat when you arrive in this town. So here some offers for you.

The town has great restaurants with national meals for affordable prices, the gastronomic tourists will be satisfied for sure.

If you are visiting a town with a family, a great place for kids will be Medieval Theme Park “Sanc. Michael” for the very nice new built castle with a lot of stuff like armours, swords and catapults and also for the nice "safari park" with a lot of domestic animals. 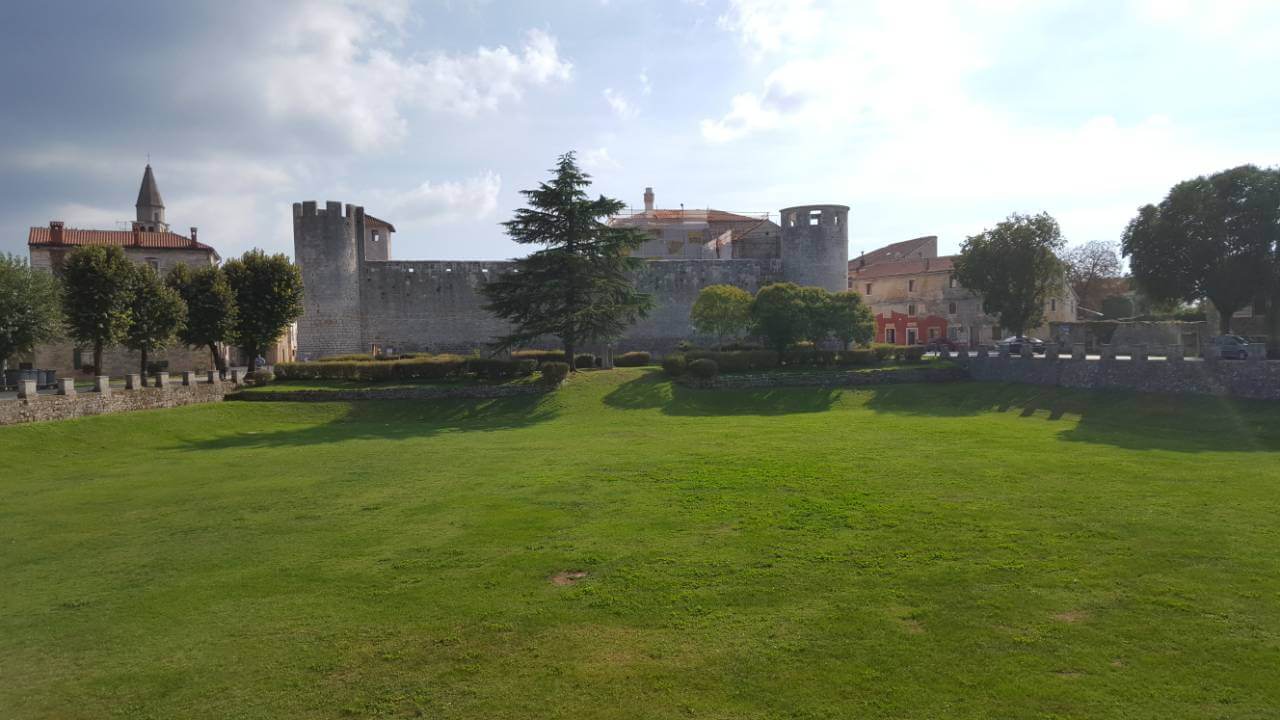 Medieval nights in the castle, also an interesting thing to experience in Svetvincenat. Every Wednesday, the Grimani castle hosts medieval nights filled with various and interesting events. You are able to experience jousts, night battles, and fire shows including inquisition and burning of witches. Don’t miss to stroll around the town and visit the main square to enjoy the real spirit of old times.

Svetvincenat is the perfect choice for a one-day excursion to the hinterland. The town which takes you back to history and represents the soul of the old Istria with its charm and atmosphere.