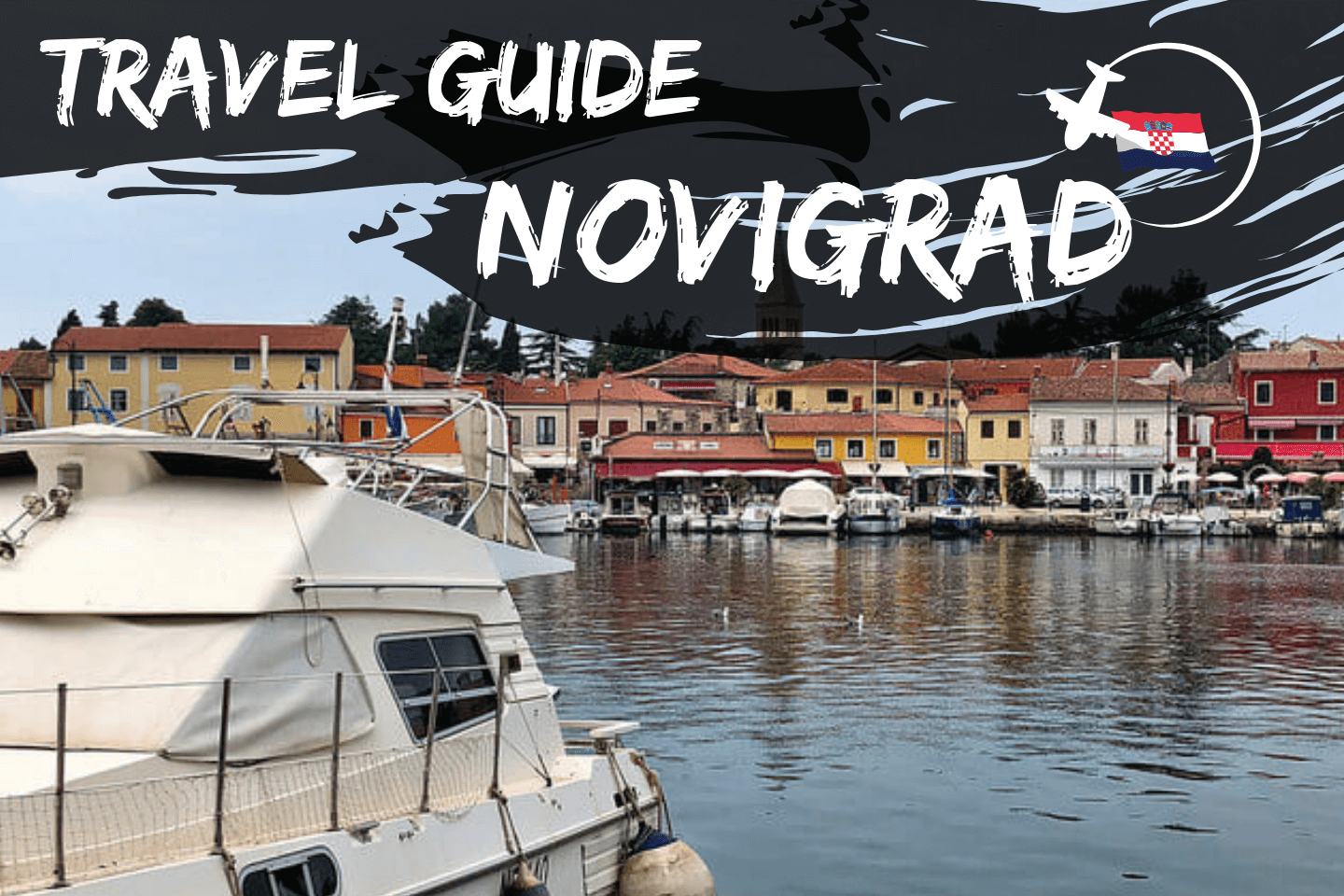 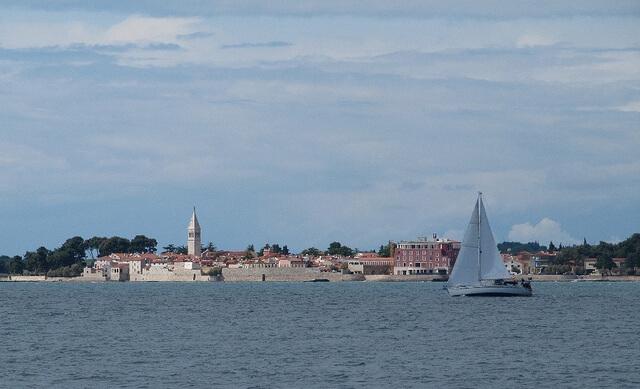 The old city centre is built on an islet that was connected to the land until the 19th century. Many different historical periods gave their influences to the city. The ramparts date back to the 13th century and run along the seaside.

Lapidarij museum was the first purpose-built museum of Istria. The building was created by Rendić and Turato and mixes modernity and history. It hosts a wide collection of archaeological remains from Roman times to Medieval times.

The Belvedere loggia was built during the 16th century and this wonderful loggia is the only one in the whole Istria.

Saint Maximus and Saint Pelagius church is the name of a curious church containing baroque paintings, frescoes and other interesting items. It features a bell tower overlooking the city. 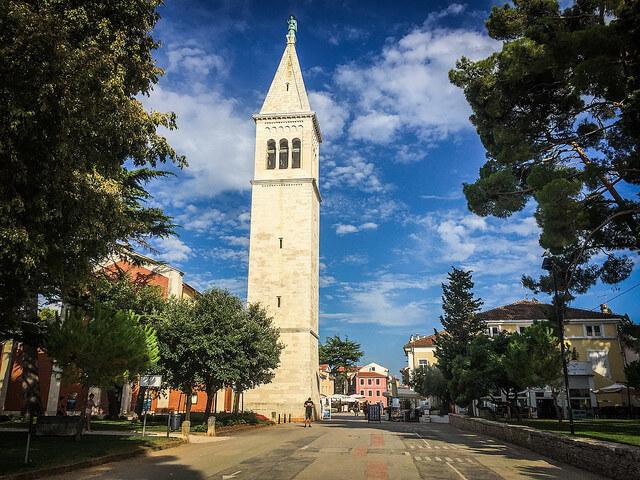 The first touristic guide of Novigrad was written in 1845, meaning that it was already at this time an interesting destination.
Novigrad is the city where takes place a famous blues festival, allowing each year numerous artists from all over the world to meander in the streets playing instruments during the summer, for our best pleasure.

There are also many other different events, such as a gastronomic festival pleasing gourmets from all over Europe, the Astro party, that is to say, the day where summer is celebrated in Novigrad as it is the 1st day of summer according to the Celtic calendar. This day is the occasion to stare at stars in the sky while listening to enchanting music for a very special and memorable feeling. 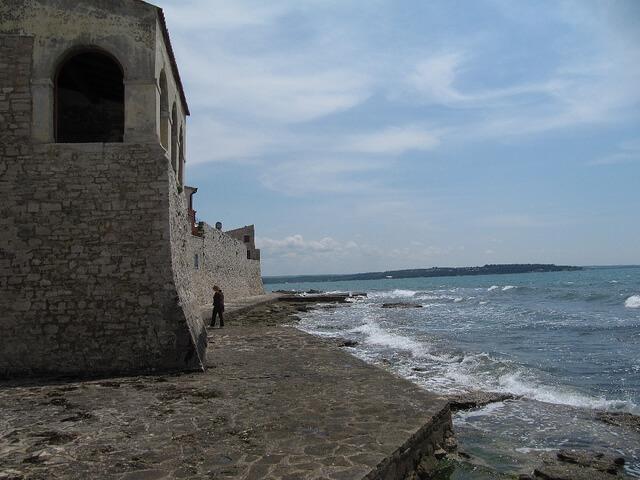 TRANSPORT AND ACCOMMODATION IN NOVIGRAD

There are two airports that you can use, Pula or Trieste (Italy). They are both equidistant from Novigrad so you can choose according to what suits you the most and to the prices of the flights.

From the airport to Novigrad, you can whether take the bus or rent a car. Try to avoid taking a taxi as it will be very expensive.
Our best advice would be to rent a car, there a lot of companies offering car rentals, as it is the best way to be able to discover Istria and its hidden places.
For the accommodation, you will have a wide range of choices, from the numerous charming hotels to the Airbnbs adapted to all budgets.
Try to go there during Spring as the climate is mild and nice and that it is less crowded. However, if you go there during the Summer, you will be able to enjoy numerous events and a pleasant nightlife. 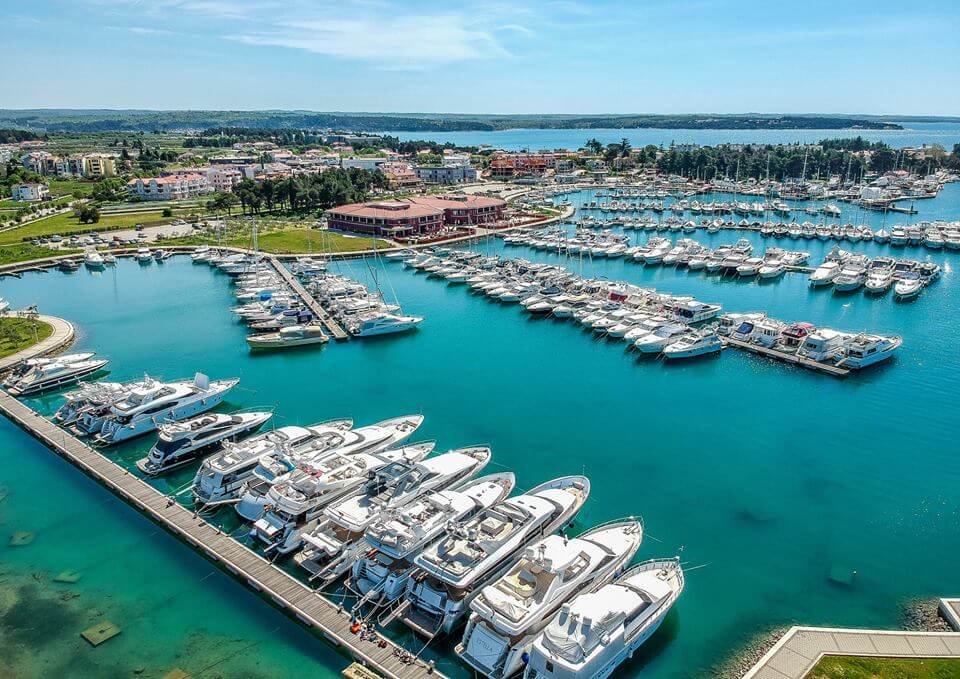 WHAT TO DO IN NOVIGRAD?

Start your day by taking a coffee in one of the numerous terraces of Novigrad, especially in one of the terraces overlooking the sea, in order to enjoy the hot drink and the wonderful view at the same time. Once energised, head to the St. Pelagio and St. Maxim's Parish Church, which is the most famous sight of the city. You can visit its Roman crypt.
Make sure to visit the bell tower as well that has an amazing view of the city.

After that, head to the Lapidarium museum to admire its collection of old stones dating back to different eras.

Then, as you will probably be hungry, you can go to one of the numerous restaurants in Novigrad. Among them, Pepenero restaurant and Čok are some we would recommend to you, serving tasty and fresh local food.

After eating and relaxing, head to the Novigrad town walls to walk along them and to see the towers, formerly the main town gates.
Visit then the Rigo palace, an old building that is worth seeing.

If you still have time, you can visit the Gallerion museum, an Austro-Hungarian Navy museum.

End your day by meandering through the beautiful streets of Novigrad, and impregnate yourself with the local atmosphere by grabbing a drink in one of the numerous charming bars of the city.