The best way to spend a pleasant Sunday is to visit Brijuni islands by boat because you will be able to see all of the 14 islands and their beauties. In the past Brijuni islands were summer residence of Josip Broz Tito, the president of ex Yugoslavia. Today only some small parts are closed for visits because during summer president and prime minister are taking their vacations there.  The boat ride starts on the seafront in front of the colosseum of Pula.  Trip lasts about 6 hours and the time just flies there. In the beginning we met the captain and the ship crew who were very kind to us.

Finally we are getting aboard and we start sailing through the bay of Pula. From the bay you have an amazing view of the city and the biggest city monument colosseum of Pula. While leaving the bay, captain is providing us many useful information about the shipyard, previous military zone and breakwater which was built in 1905.

After getting all of these information, the crew offered us  with red and white vine, juices and soda, we could drink as much as we wanted! So we have filled our glasses with some fineIstrian wine, of course!

Soon after we have left the harbour of Pula, the biggest island Veli Brijun showed up. In the past it was closed for visitors. Veli Brijun is surounded by few little islands named Vrsar, Vanga, Madona, Grunj and Galija, on the east side are Kozada and St Jerolim - we will stop there to take a swim. 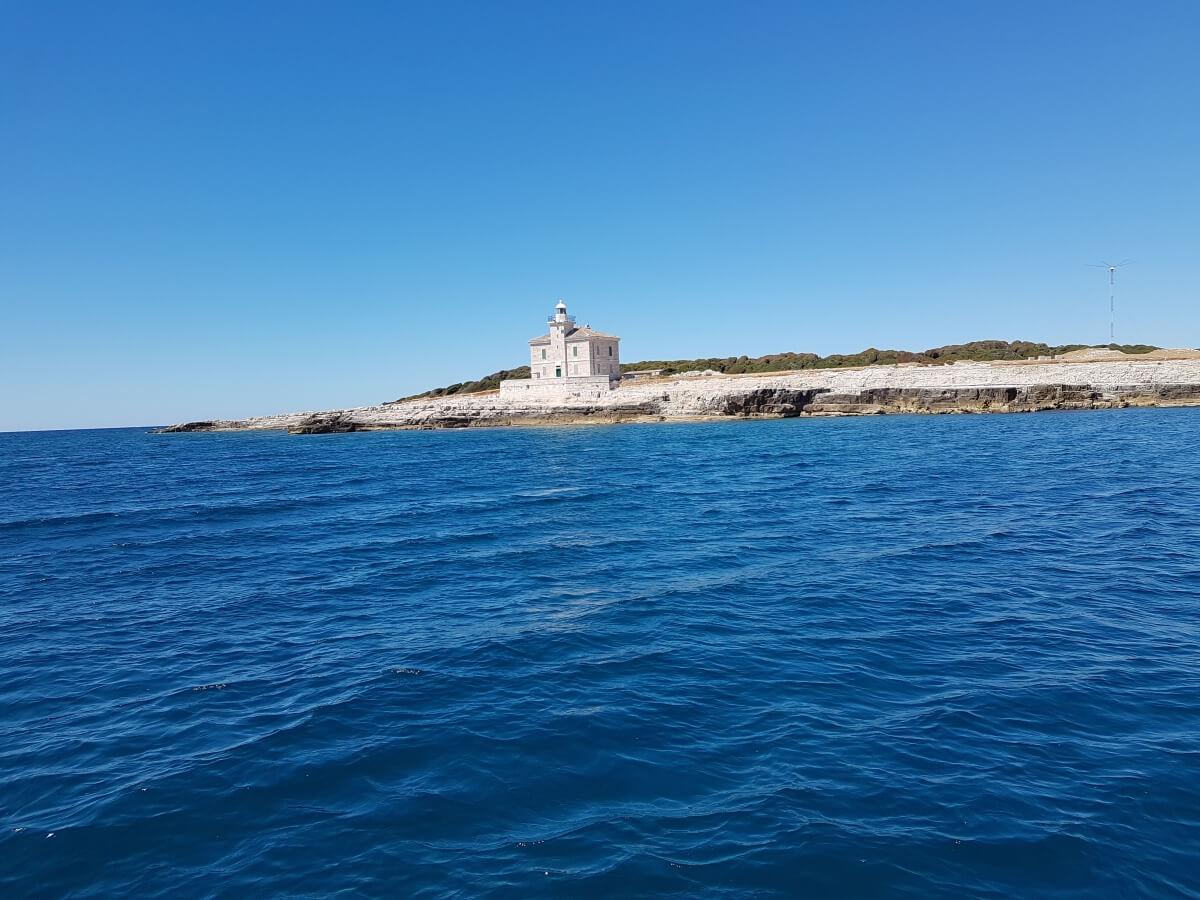 In the meantime the food has been served. We could choose between fish, meet, vege or vegan menu. Since we were on the sea and we knew that fish is fresh, we have chosen fish menu. Our fish was quite big with huge ammount of cabagge salad. The taste of fish was really good and we wanted to say thanks to the cook which had a huge smile on his face and was ready to provide us more details about how he prepared it. All of the food that we couldn't eat was thrown into the sea since this will be food for fish and seagulls which are flying around the boat. The seagulls have no fear and they will eat food from your hand!

Oh, I almost forgot, an amazing fact that captain is fluently speaking five different languages (Croatian, English, Italian, German, Slovenian) and in three more (Czech, Polish and Russian) he can keep a conversation going, so there is no possibility for you to leave the boat without enreaching your knowledge about Brijuni islands.

On the other part of Veli Brijuni is located port and three hotels and right across of the island is a small village Fažana from where you can take a boat straight to Veli Brijun island.

After almost two hours of sailing, finally we have docked on the island of St Jerolim. Guess what! Water is unreal clear and there are tons of fish just waiting for you to throw them a piece of bread. There is a restaurant, small chapel and volleyball field on the island. So many different content of amusement on such a small island! 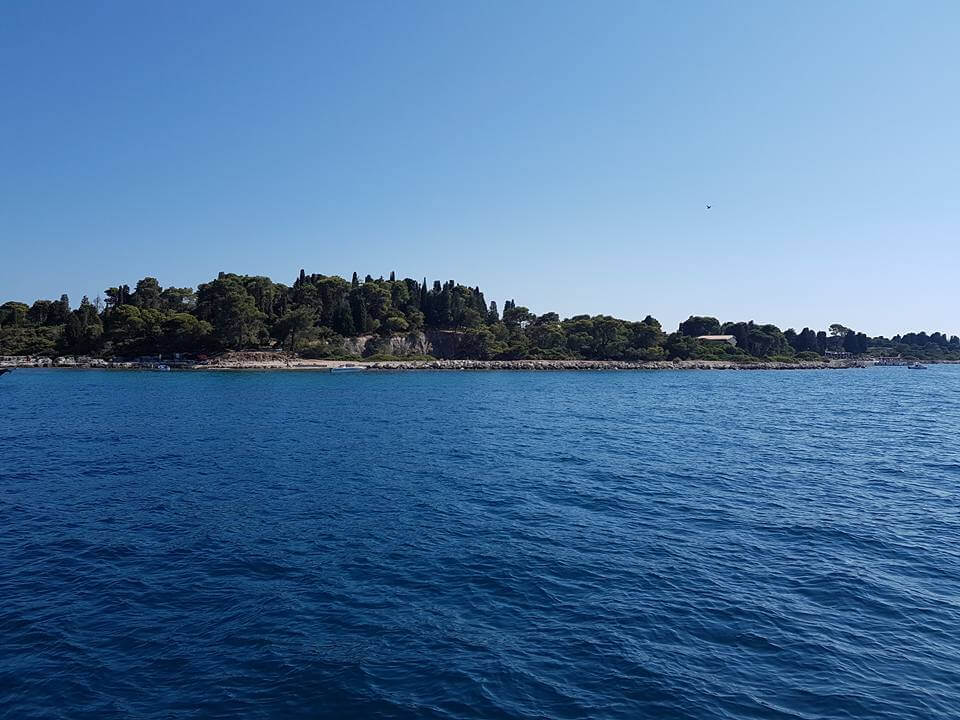 After almost three hours on the island we are going home, the excursion was great and really accurate described by the lady who helped us book the trip. Thank you „Excursions Kika“ for this wonderful adventure and we hope to see you again next year!

If you interested in getting more information about the trip or you want to book the trip feel free to contact us! 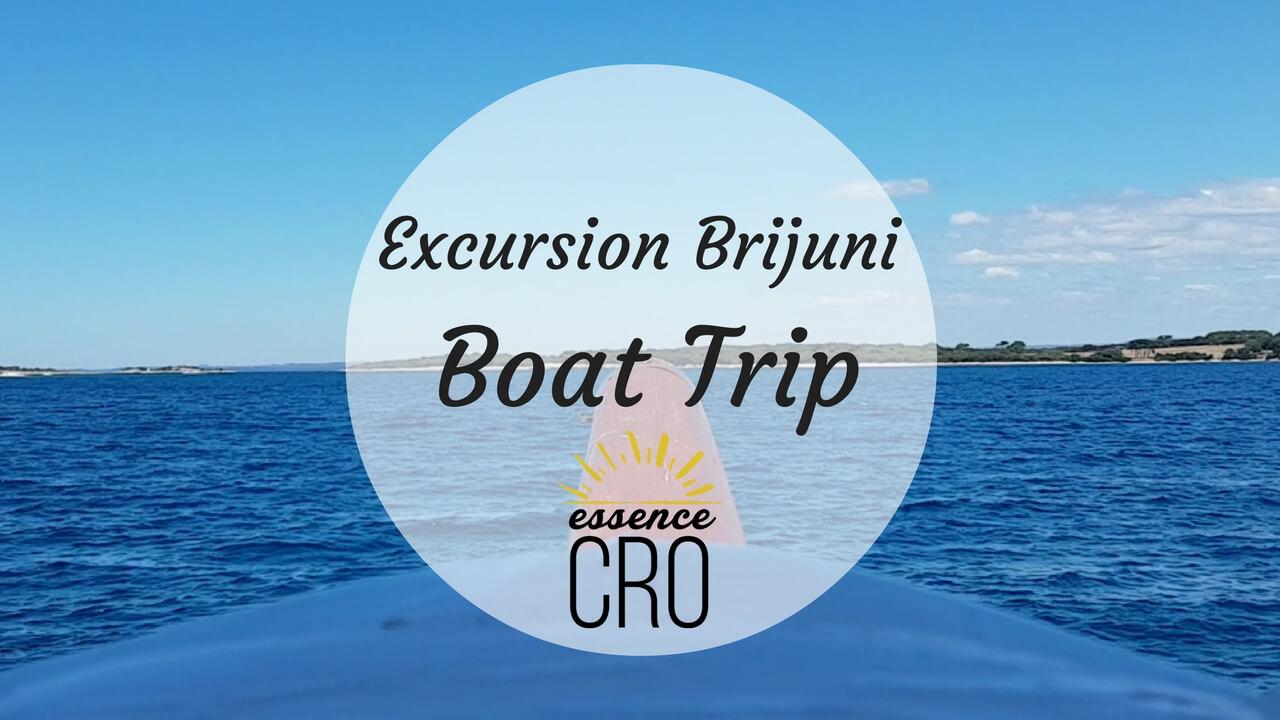 The best way to spend a pleasant Sunday is to...

With this amazing wideo you will fell in love...

Dubrovnik – magical city worth visiting. What...

After more than two rainy weeks in Dubrovnik,...