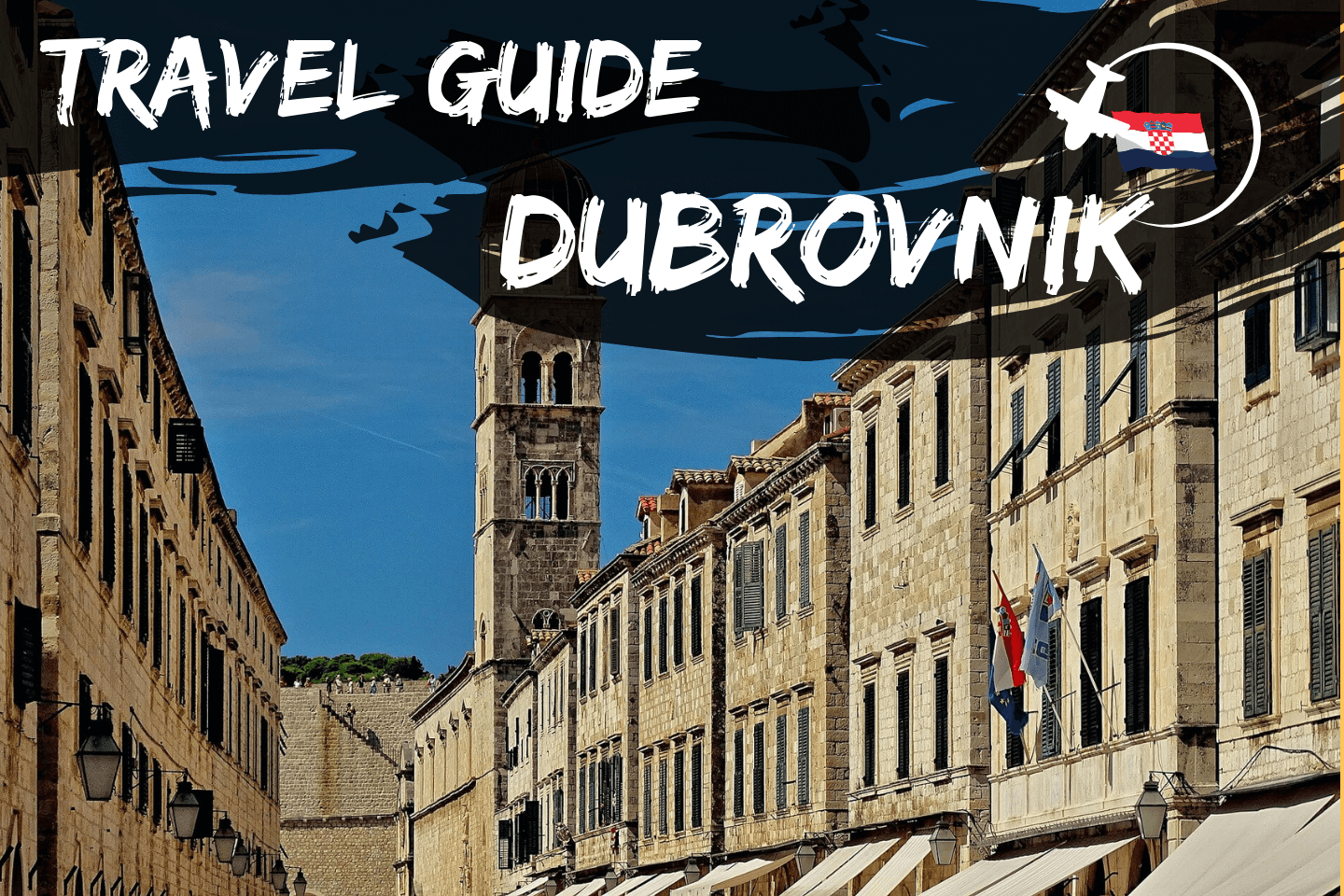 So, how best to display the beauties of this city? Let us start from its history; it is well-known that the town was an independent republic from 1358 to 1808. Diversified manufacturing, salt export, transfer of the silver and lead in developed European countries and ultimately their own diplomatic skills of Dubrovnik citizens have helped them keep their city in an ideal position, with relatively good relations with the other countries. During that period, they successfully avoided frequent attacks of the Venetian Republic (today Italy). Those incredible 450 years this city was actually a country, which left a great impression; so great that nowadays, in modern life, the breath of old times is still feeling all around. 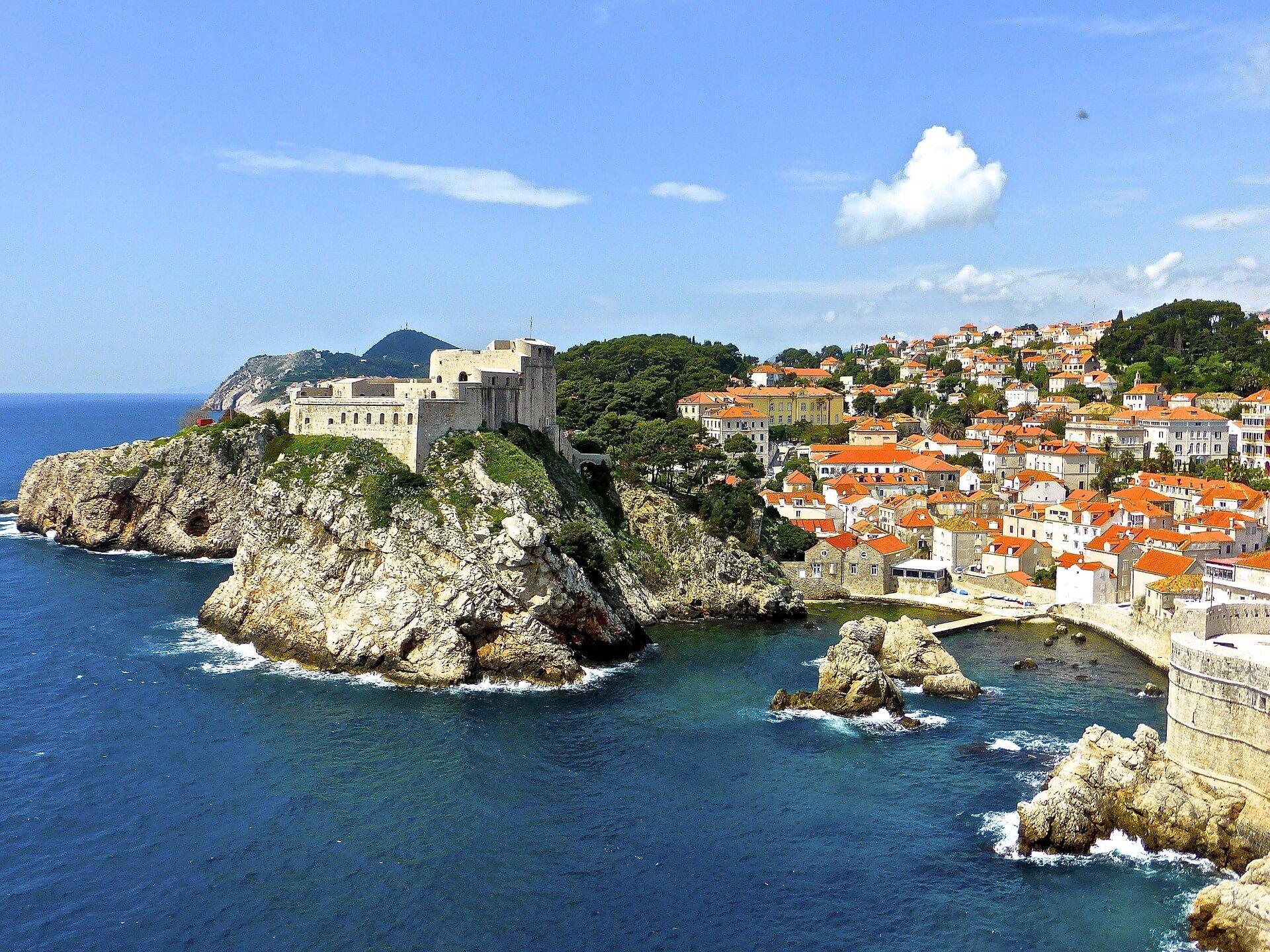 In 1979 Dubrovnik is added to UNESCO’s World Heritage list; his palace, the City Walls and the Baroque and Renaissance churches were the reason for this honour, and are also the things that should not be neglected if visiting the town. From the historical sites that will undoubtedly fill you with that Dubrovnik Mediterranean spirit, in the first place are Dubrovnik City Walls. 1940 meters long and 25 meters high, circuit fortress and the walls were built from the 13th to 17th century for defence and protection of the city. Walk among them will give you the opportunity to photograph the Old Harbor and enjoy the magnificent scenery. Also, don’t forget to visit the Old Town which they surround. Usual entrance to it is through the Pile gate; west entrance in front of which there is a statue of St. Blaise, Dubrovnik's patron saint and protector of the city.

After Pile Gate, probably the first thing that will catch your eye is the big Onofrio's Fountain, named after a Neapolitan builder Onofrio de la Cava. He designed it in the 15th century to satisfy the city’s water supply, as the fountain was once connected to a 20 km distant river. Originally it was richly decorated; it obtained its present form after the great earthquake in 1667. The fountain follows the main street of Dubrovnik, Stradun. The narrow, marbled streets teem with life that overflows into them from many shops, cafes and restaurants; therefore making Stradun ideal for a dinner or walk in the romantic note. The basic ingredients of almost every menu in the Old Town are fish and clams, and all the seafood delicacies that restaurants have to offer are usually just taken out of the blue depths of the Adriatic Sea. The best view of the remarkable coastal panorama will give you Dubrovnik’s Cable Car - voted (by the US portal Trip Advisor) to be the third best of the city’s attractions. Other interesting attractions are the fort Lovrijenac - the so-called Dubrovnik’s Gibraltar and a symbol of resistance to the Venetian Republic; and the old Franciscan and a Dominican monastery. 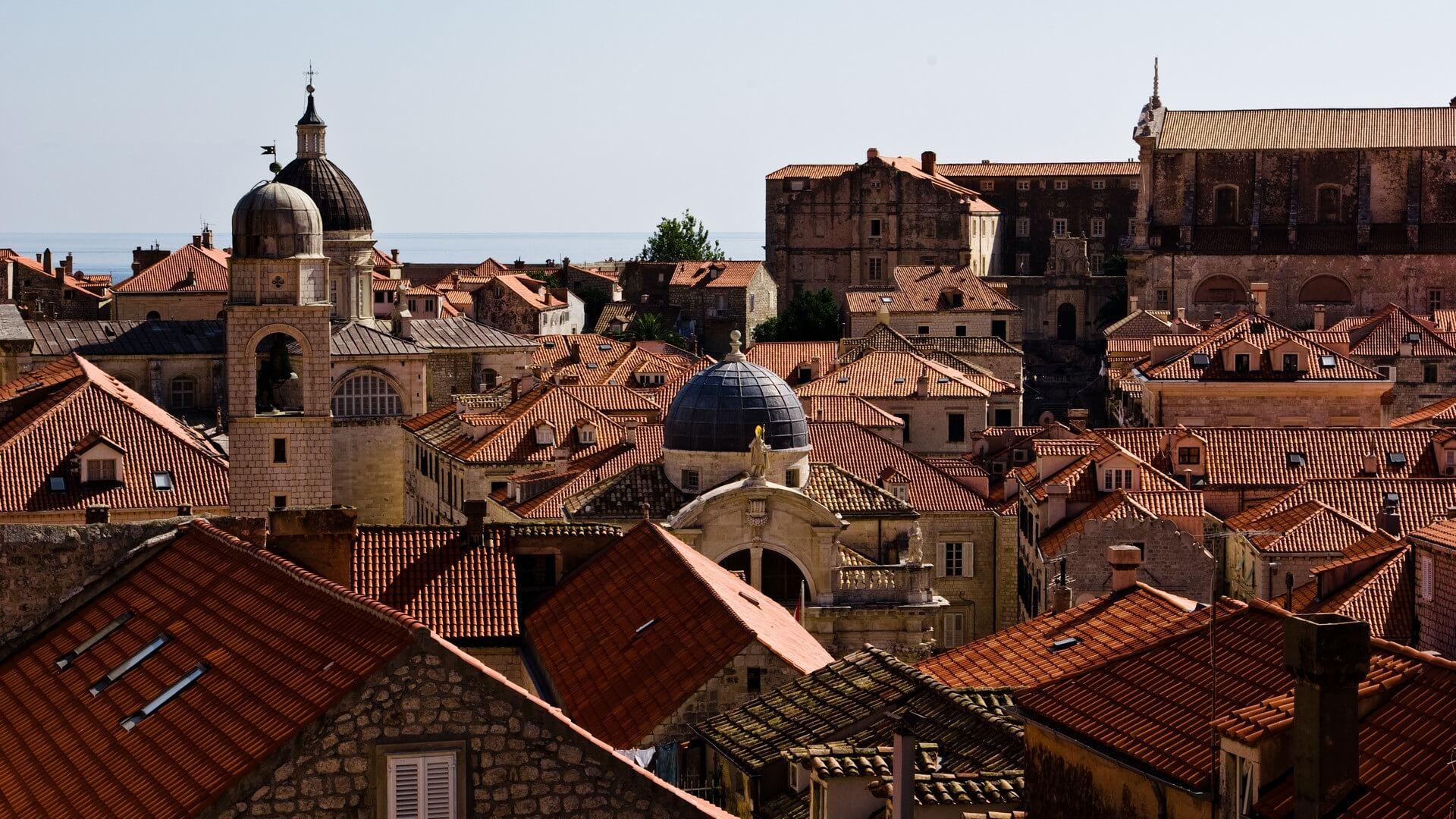 ACCOMMODATION AND TRANSPORT IN DUBROVNIK

For the best experience of Dubrovnik, most of the city you can see by foot or bicycle. However, if you choose to transport by car, beware of Dubrovnik’s many one-way streets - when trying to find a certain place, it is best to have a handy GPS device or ask for the help of local residents. The main type of public transportation is the city bus. Bus network is extensive and connects all parts of the city. Buses drive at 20 to 30 minutes intervals, except from the early morning hours, when bus traffic stops for about 3 - 4 hours. At that time, the taxi is available. Accommodation is, as expected, most expensive in July and August, with the drop in prices in September. Best prices range from October to Easter, with the exception of Christmas and New Year period. 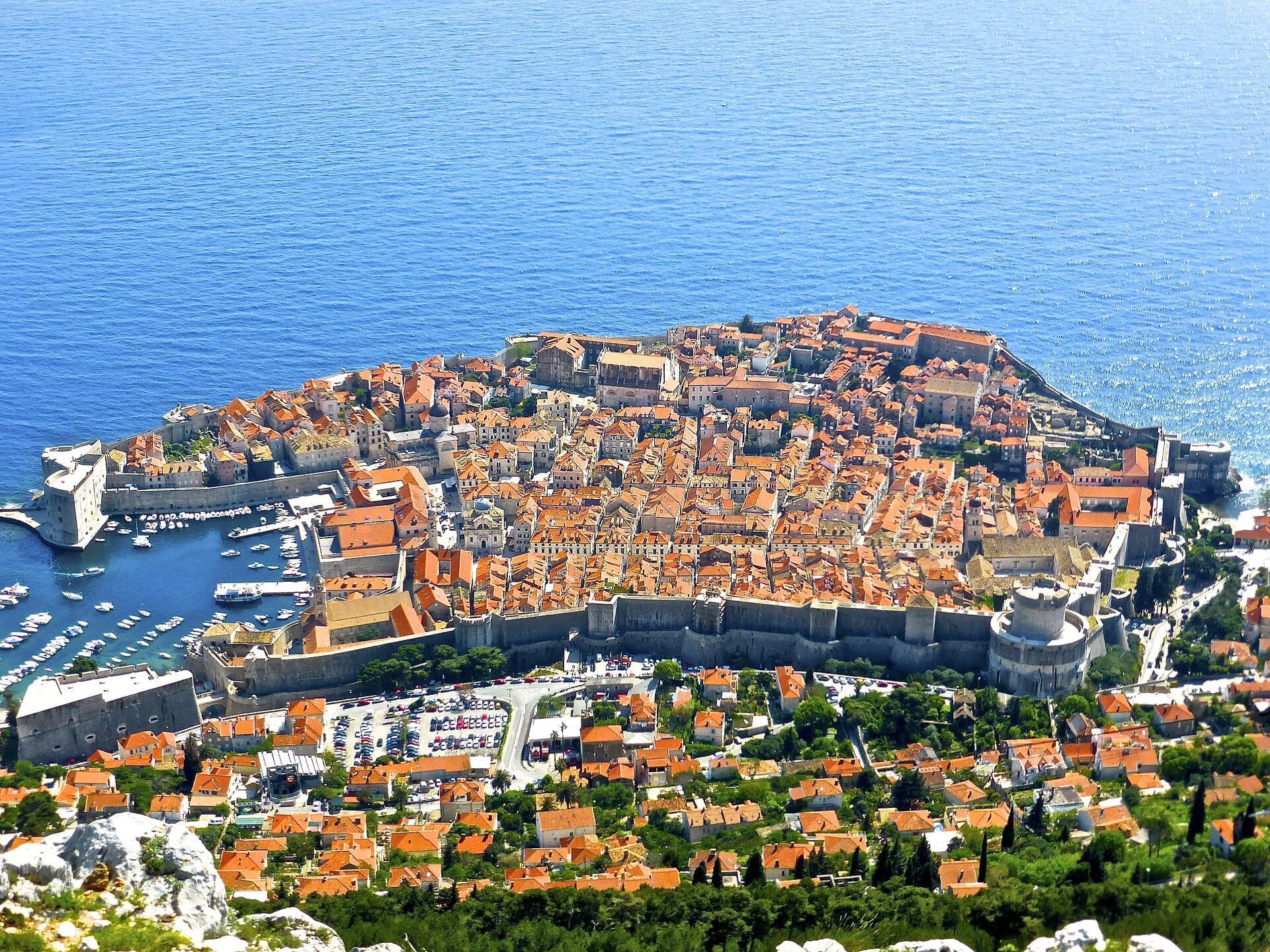 WHAT TO DO IN DUBROVNIK

For the fans of the popular TV serial „Game of Thrones“, it would be strange not to visit the locations where some scenes were taken. A tour related to the „Game of Thrones“ will take you through the Old Town and the park above it, to the fort Lovrijenac and lastly to the island of Lokrum. A good guide should also be able to show you the exact places where some duels took place and the place of the famous Queen Cersei’s walk of shame. There are lots of islands surrounding the city. At the beforementioned Lokrum island, you will be welcomed by a beautiful botanic garden and ancient abandoned monastery. This small island also has a very dark past - it is believed that it was cursed by its first inhabitants; the Benedictines; because the authorities of the city had banished them from there. After the ‘Lokrum’s curse’, you may opt for a regenerative vacation in the pristine natural landscape; and what best provider than the National Park Mljet. Since it is stationed at the homonymous island, the visit to the park is possible by ferry from Dubrovnik and numerous excursion boats from Korčula. Its romantic sea caves and beaches, archaeological sites and richness of life leave no one indifferent; even those seeking adrenalin challenges may take part in the traditional international triathlon race ‘Mljet Half Ironman’, carried out autumn. Pelješac is the region to visit if you are a wine lover; save a day for the wineries that will undoubtedly captivate you with their very scenery and the rich flavours of their many wines. In addition to wine, dare to try the popular Croatian liquor - rakija. Rakija is made from different fruits, such as plum rakija (šljivovica), rakija from grapes (lozovača) or pear rakija (viljamovka). Of course, as the icing on the cake, we should mention the beach. People of Dubrovnik can boast of the city’s warm, crystal clear sea, whose quality is even scientifically proven to EU standards. Since in Croatia there are no private beaches, feel free to have fun looking for the one that suits you best. If you yet decide to visit those popular ones, every tourist guide will most certainly lead you to Banje beach - a beautiful sandy beach near the City Walls. You should also find the Copacabana - a family beach with lots of content, including water slides for children, a centre for scuba diving, water skiing, cafes and restaurants and a special section designed and fully equipped to help people with disabilities. Other beaches include the ones in Lapad Bay, many nudist beaches, and the ones that got their name from the hotels in which they are located. Have you ever wonder Why exchange students love Dubrovnik?