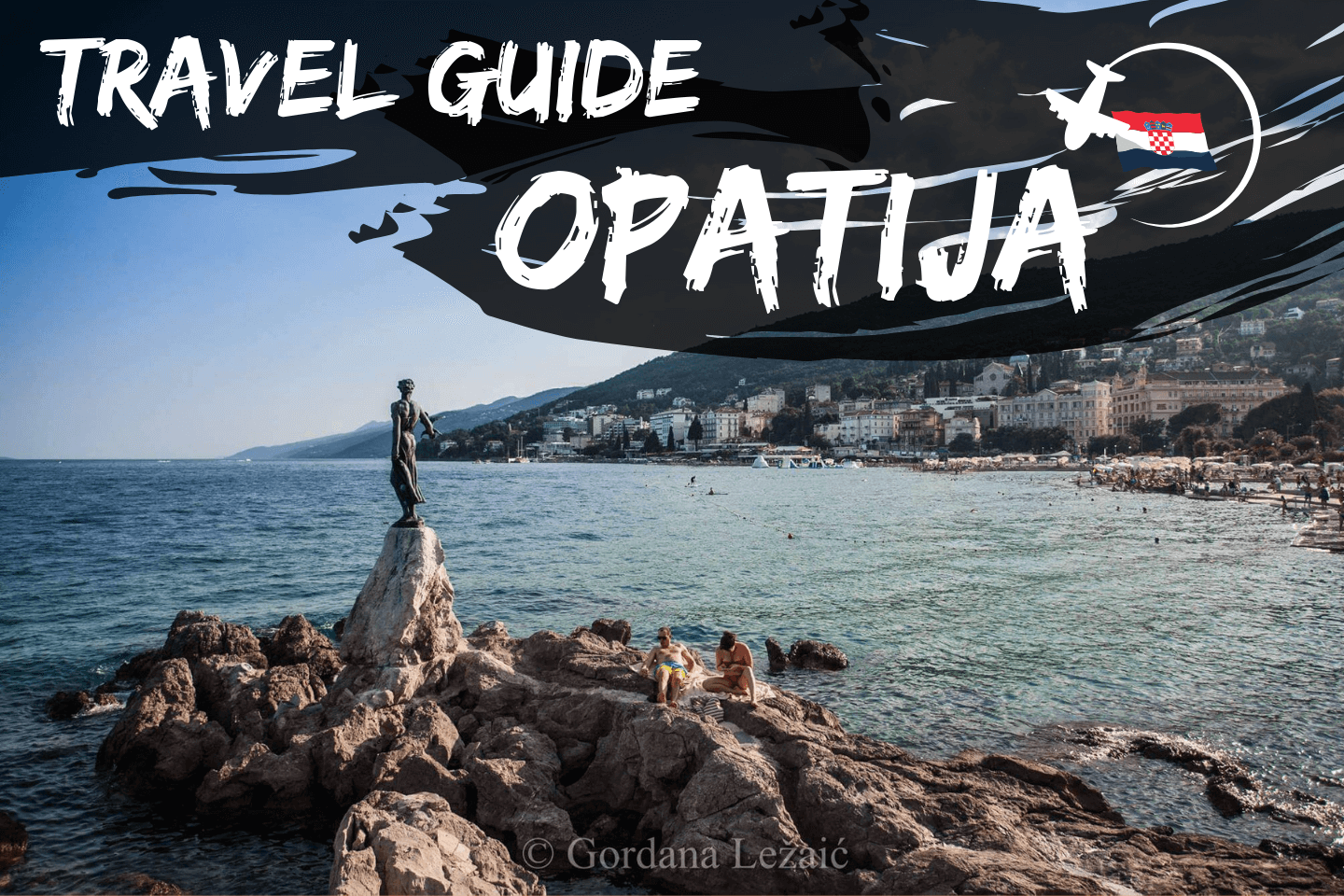 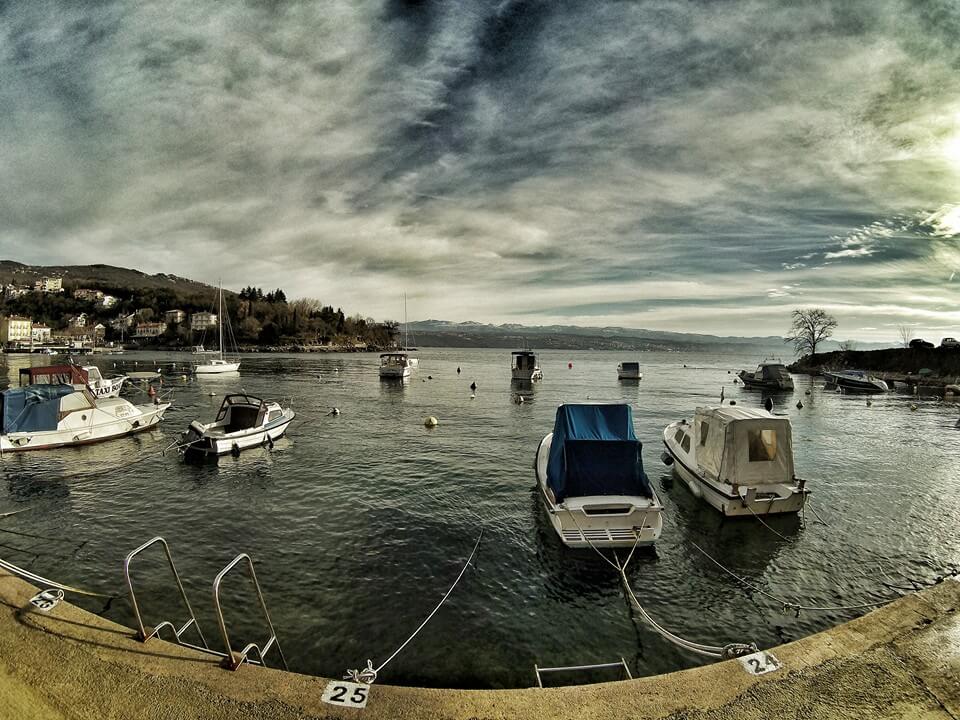 Back in Roman times, the city was composed of patrician villas, all more luxurious and beautiful than the others.
It is only around year 700 that Croatians settled in the area. The Istrian peninsula, where Opatija is located, was conquered by King Pepin of Italy in 789.
In the middle ages, Opatija as we know it nowadays was in 2 parts: Veprinac and Kastav.
Opatija got build around a Benedictine abbey (named Saint Jacob).
Opatija fell under Austrian domination (to the House of Harburg), whereas the rest of Istria was under Italian rule (Republic of Venice).
In 1844, Iginio Scarpa (a wealthy merchant from Rijeka) built a luxurious villa in Opatija, called villa Angiolina. He received many notable guests which made it trendy. This is how Opatija began to be a renowned resort for rich people. 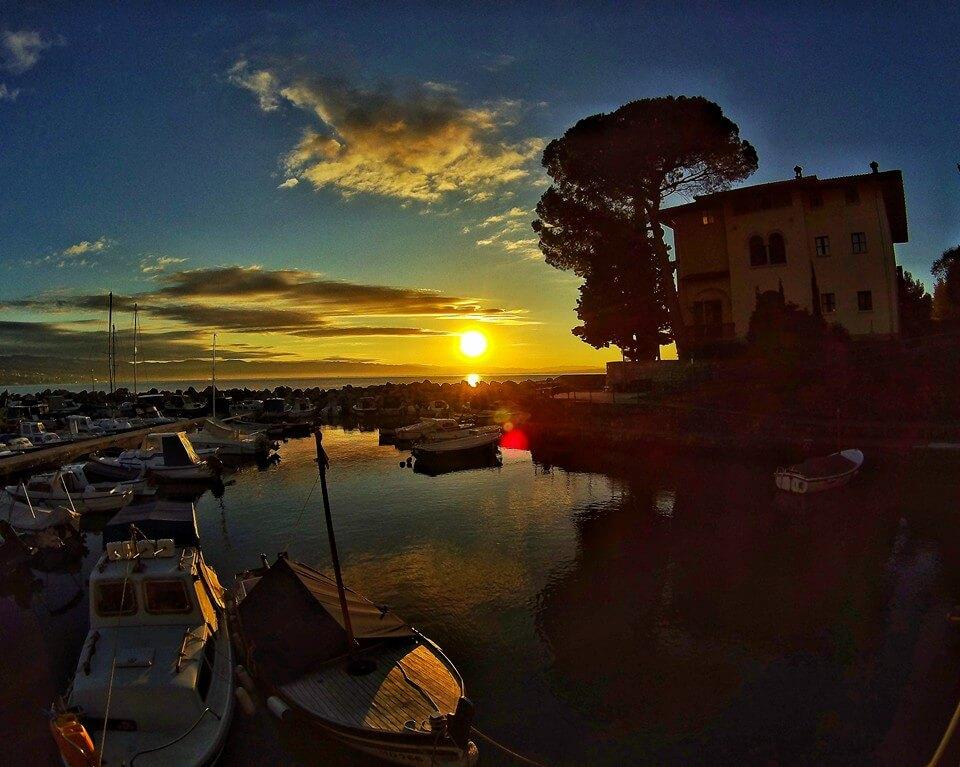 In 1873, a train line was created from Pivka to Rijeka, serving Matulji, a city very close to Opatija, allowing tourism to expand in this area.
In 1882, the Angiolina villa was bought by the Austrian Southern Railway Company (the one that opened the train line) where it accommodated the crown prince of Austria couple, Rudolph and Stephanie while building luxurious hotels, parks and a “lungomare”, a walkway overlooking the sea.
A “Union Yacht Club Quarnero” was established in 1887 by Heinrich von Littrow, which was the very first sailing club of the Adriatic sea.
In 1889, Opatija was elected the first climatic seaside resort on the Austrian Riviera by the Cisleithanian government.
As it began to be trendy, plenties of villas were built all more extravagant than the others to please the wealthy clients.
A tramway line was opened in 1908 to facilitate displacements linking Opatija to other sea resorts.
The city became (and is still today) also known for a chess tournament devoted to the King’s gambit.
Austrian Emperor Franz Joseph I spent his winter months in Opatija, which is where he met the German emperor Wilhelm II. Many other eminent people could be seen in Opatija (dukes, King, Princes).
Most of the villas and hotels survived through time until now. 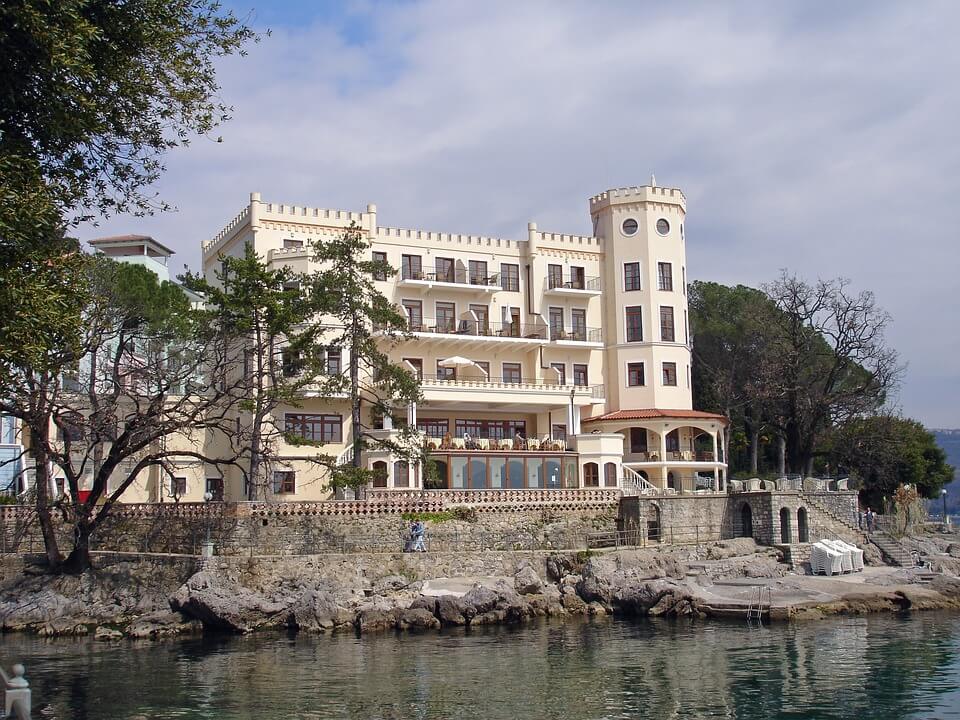 During WW1, some buildings changed purpose as they were used as military hospitals.
Opatija became assigned to Italy in 1920 forcing its population into Italianization.
However, it didn’t remain Italian for long because, in 1947, Opatija was given to Yugoslavia, making its Italian-speaking population move to Italy.
After the dissolution of Yugoslavia, the city became a part of Croatia.

This 12km long promenade built in 1911 is the worthiest sight in Opatija! This promenade was built by the Austrian Southern Railway Company at the beginning of Opatija’s boom. You can walk along the sea, enjoying the nice weather and the wonderful view. While walking, you may see the luxurious villas, remains of the Golden age. 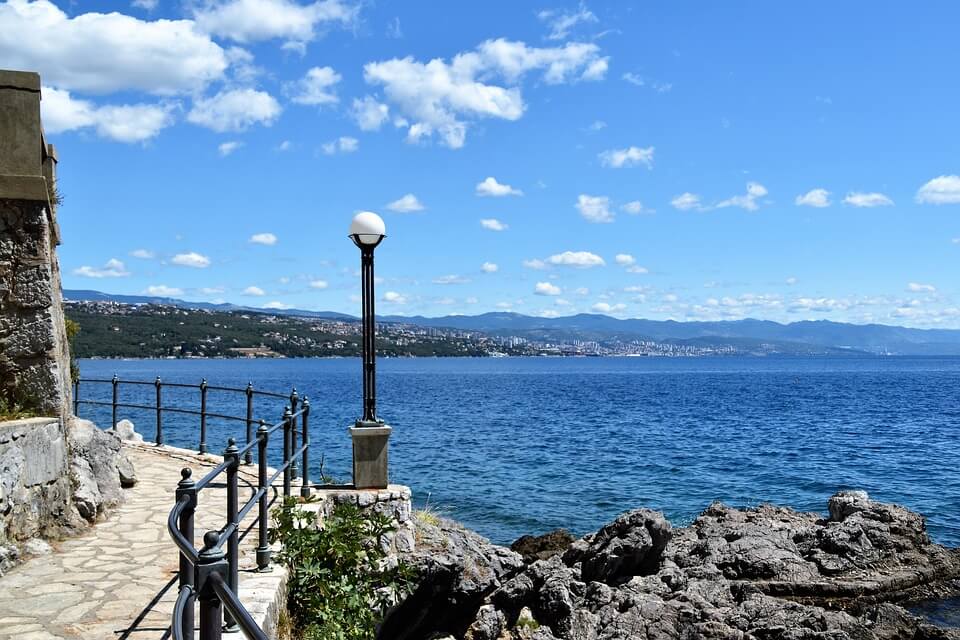 The maiden with Seagull

This statue is Opatija’s emblem, as well as the whole Kvarner region’s emblem. The original statue was not this one in the first place, it was the “Madonna Del Mare” that was initially there. It was erected after Count Arthur Kesselstadt died in a tragic boat accident caused by the storm. This statue was ordered by the Count’s family to bless his lost soul and to pay tribute to their beloved lost one. Because of the rough weather and of the waves striking the statue, it had to be restored and then deported to the Angiolina villa (where it can still be seen).
In 1956, it was decided to replace the blank space with another statue, The maiden with Seagull. 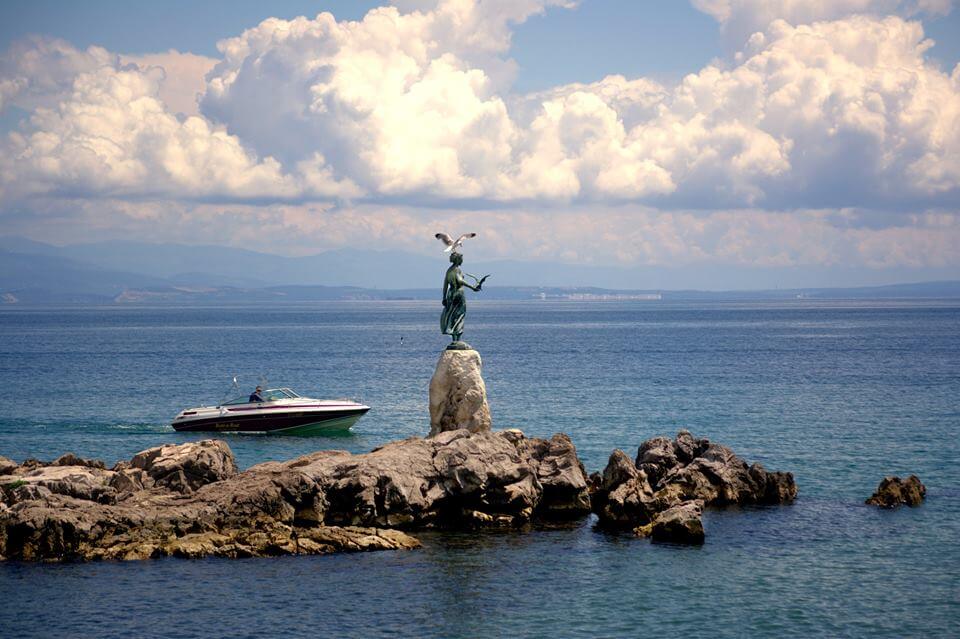 The walk of fame

In Opatija, you can feel like you were in Hollywood! Located on the Slatina promenade lies the Croatian walk of fame. Created in 2005, it celebrates the eminent Croatians that contributed to its development. It has currently 32 stars including actors, writers, poets, scientists, athletes….

As said in the history part, Villa Angiolina was built by Iginio Scarpa, a wealthy Croatian merchant; in 1944. It was the first notorious resort in Opatija. The magnificent building was completely renovated in 2000 and is now serving as the museum of Croatian tourism as well as a community centre when events are organised in Opatija.

Angiolina park - adjacent to the villa - is a very famous park all across Croatia. Following a formal garden structure, it has plenty of different plant types from all around the world, giving a charming and colourful image. It was elected as the most beautiful park in Croatia, which doesn’t come as a surprise given that the luxurious garden has a very romantic atmosphere.

In Opatija, you can find 2 main fountains, the Slatina fountain and the Helios and Selena one. The first one is located in a park in the main street. It is located close to the Slatina beach which is probably why it is called this way. The second is located near St Jacob Church.

Dating back to the 15th century, this church was originally built for Benedictine monks. The church went through a lot of modifications during the 16th century, the 18th century and the 20th century. Better to say that the church is not exactly similar to the original one! However the church is very charming and beautiful, and you should definitely visit it. The church hosts a fantastic copy of the relief “Pieta” by the renowned Croatian sculptor Ivan Mestrovic. It represents Christ dying in the arms of his mother. Fun fact: Opatija was called this way thanks to this church. Indeed, Opatija means “Abbey” in Croatian.

ACCOMMODATION AND TRANSPORT IN OPATIJA

The city is located near a lot of other nice cities : 18km away from Rijeka, the regional capital city, 47 km away from Labin, a picturesque medieval city located on a hill in the heights of Rabac; 55 km from Motovun, a tiny fortified village you should definitely visit ; 77 km from Rovinj, the gorgeous Istrian city that needs no introduction and finally 92 km from Pula, the Istrian city possessing the magnificent Romanian amphitheatre (find out more in our city guides); so feel free to make a trip all over Istria! 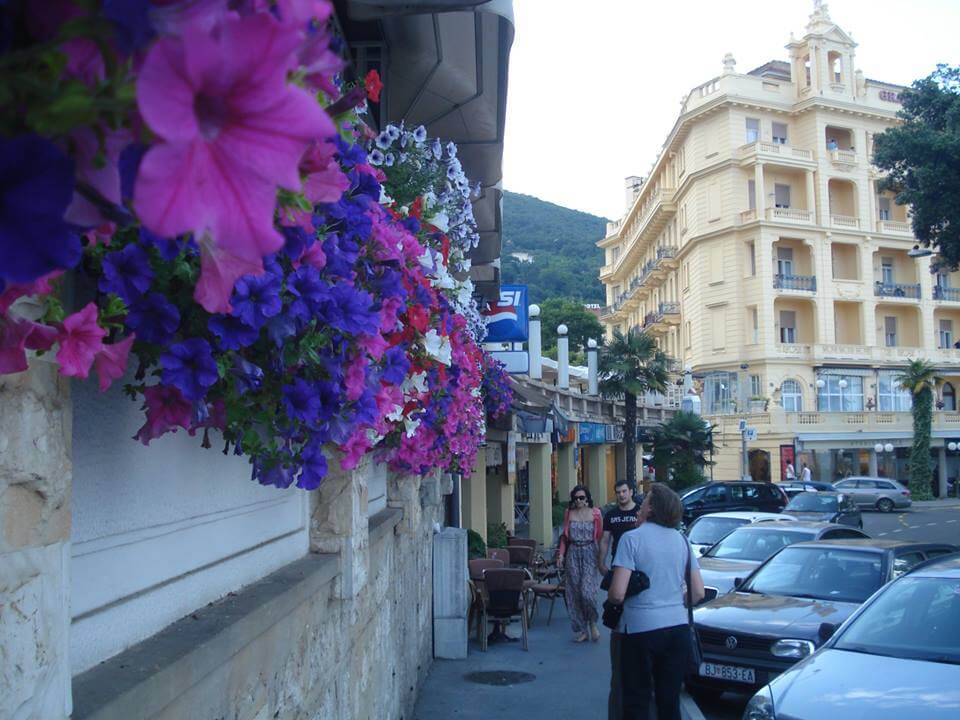 To get to Opatija, you can take the plane to Rijeka or Pula and then take the bus or rent a car because there aren’t any airport in Opatija.

During your trip, you can stay at one of the numerous hotels that are overlooking the sea for a very luxurious feeling. Those hotels are also often former villas so they are very classy and very beautiful. 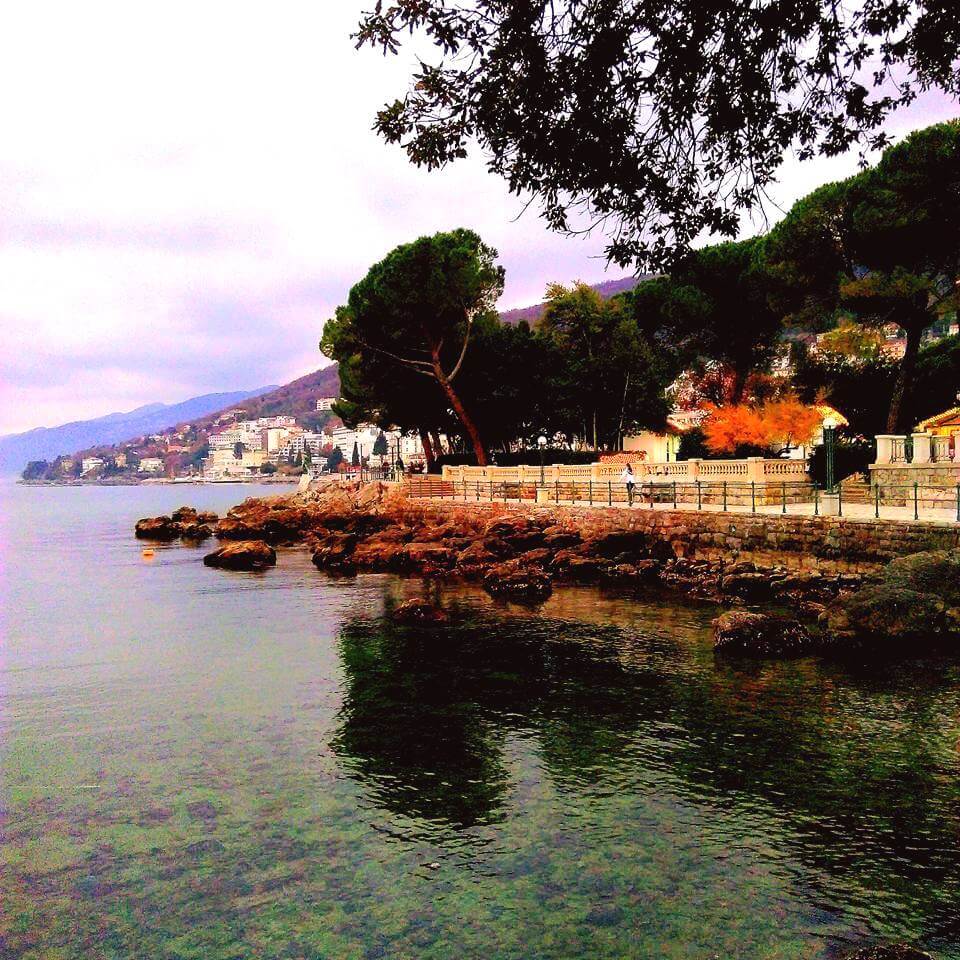 WHAT TO DO IN OPATIJA

Begin your day with a visit to the Annunciation church, this church built during the 20th century is an example of beauty. It is located at the south of Opatija.
Then head north for a refreshing morning walk along the Lungomare promenade.
Admire the morning light bathing the peaceful sea. During your walk, stop into one of the numerous terraces to drink a coffee, as a true Croatian person. 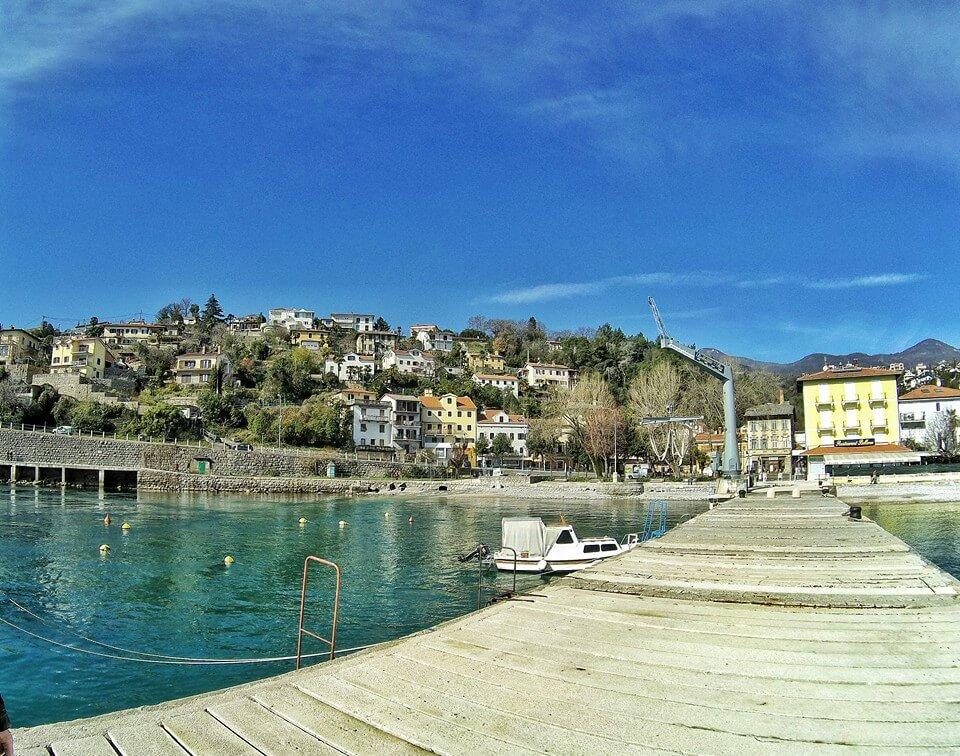 While in Lungomare, make sure to see the Maiden with the seagull statue, close to the Kvarner hotel, which is located in a park overlooking the sea. After taking pictures, make sure to check the other sights of the little park, that is to say, the Helios and Selena fountain and the Saint Jacob church, as well as the seaman statue, statue created in honour of all the humble and strong seamen.
Then, head to one of the magnificent hotels to have lunch. They are offering good and classy food for not too much money. 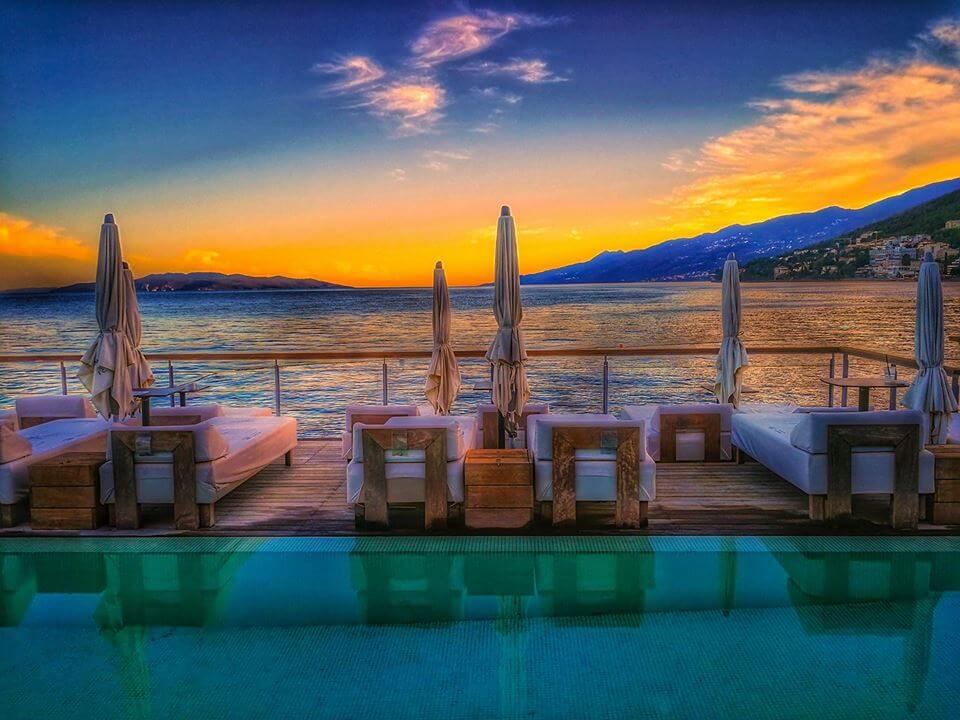 After lunch, head to the Angiolina villa and park for a digestive walk in this amazing natural setting offering you to see the most charming and unspoiled plant species. After having toured in depths the area, head south again to finish your day. Check the Slatina fountain before heading down to the Slatina beach to rest a little bit after all this walking. And what is better to enjoy the sunny late afternoon lazing on the beach? 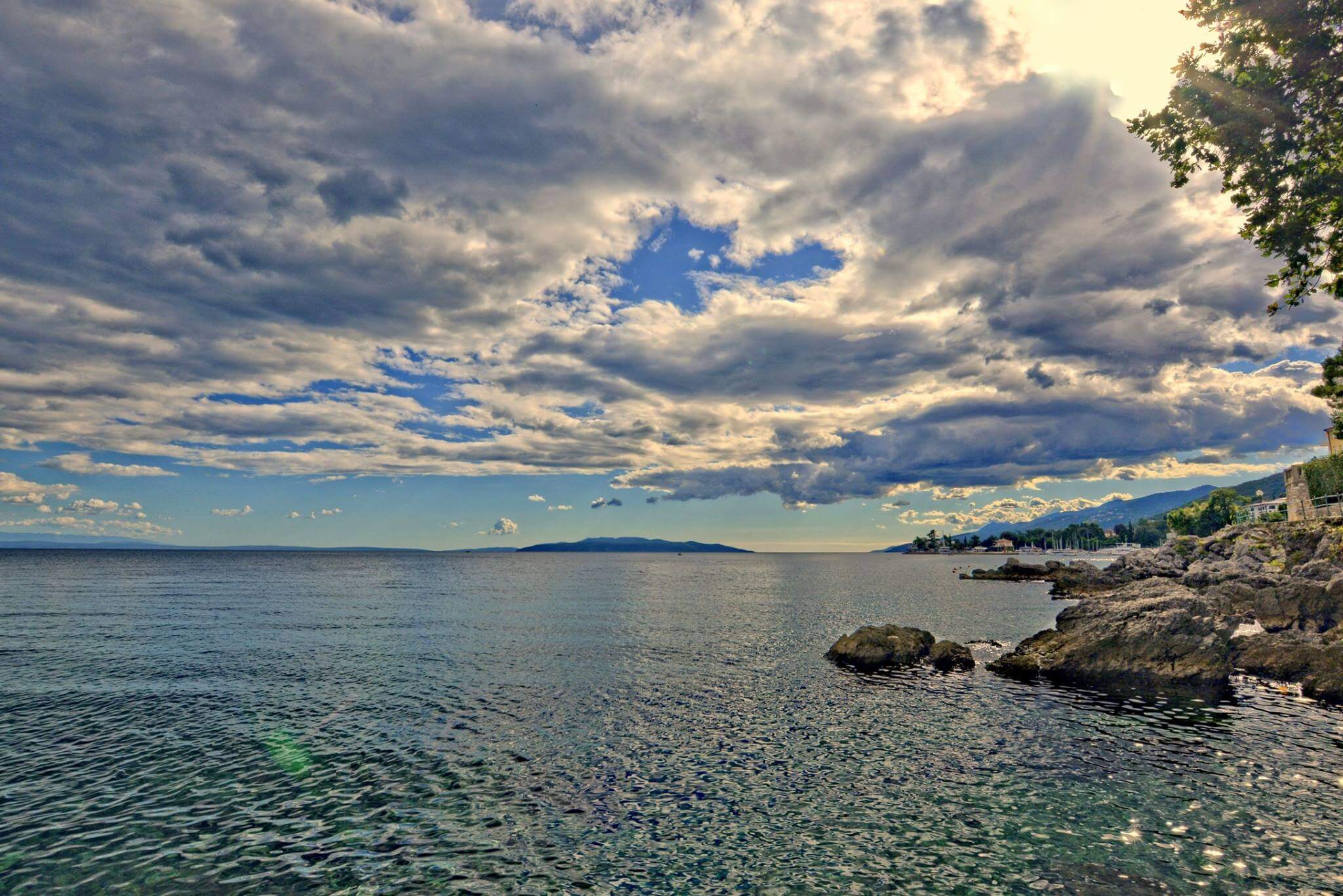