Situated in the northeastern part of Croatia, this Slavonian city rises alongside the Bosut river. This large city will show you everything about Slavonian history and culture. This town full of traditions and folklore will give you a warm welcome with its people and events. Do you want to know why this city is called an archaeological paradise by many people? Keep reading!

The favourable location of the city has made it a really good area for settlements. Between the Danube and Sava rivers but well protected from floods, this city has been inhabited for more than 8000 years making it the oldest inhabited town in Europe.

Continuously inhabited since the Neolithic age, Vinkovci was the birthplace of two Roman emperors Valentinian I and Valens. From the 16th century until the 17th it has been part of the Ottoman Empire and the area was conquered then by the Habsburg Empire.

At the beginning of the 18th century, Vinkovci was part of the Slavonian Military Frontier and during this period the village that Vinkovci was became a military town.

Long-time after that, around the 19th and early 20th century, it was part of the recently formed Independent State of Croatia and because of its location, the city got hugely damaged by war as the Croatian Was of Independence.

Large streets and squares are abundant in Vinkovci and due to the large number of cultures and historical periods that this city has lived, you will find a great architectural heritage.

To begin your journey through this historical town, the best is to start from the main square. The first thing you will find here is the towns park with its monument to the Holy Trinity in the centre. You will also find the Saints Eusebius and Pollio Church in the park, which is one of the landmarks of Vinkovci.
This Roman Catholic Church is built in a Baroque style and inside it, there are lots of religious art pieces. The church was hugely damaged during the Croatian war of independence but it has been renovated since that time.

On the other side of the square, there is the Vinkovci Town Museum, a place you should visit if you want to know more about Slavonia and its history. Lots of archaeological finds are shown here so if you want to know more about the people who inhabited this area this is your place. If we are talking about archaeological finds you should also know that the oldest European and Indo-European Calendar was found here and it is actually displayed in the Vucedol Museum close to Vukovar.

Close to the centre next to another small park you will find one of the most interesting monuments of the town, the Church of St. Elias on Meraja. This church has been restored many times because of wars and fires but now you can appreciate a gothic and baroque style among its walls. 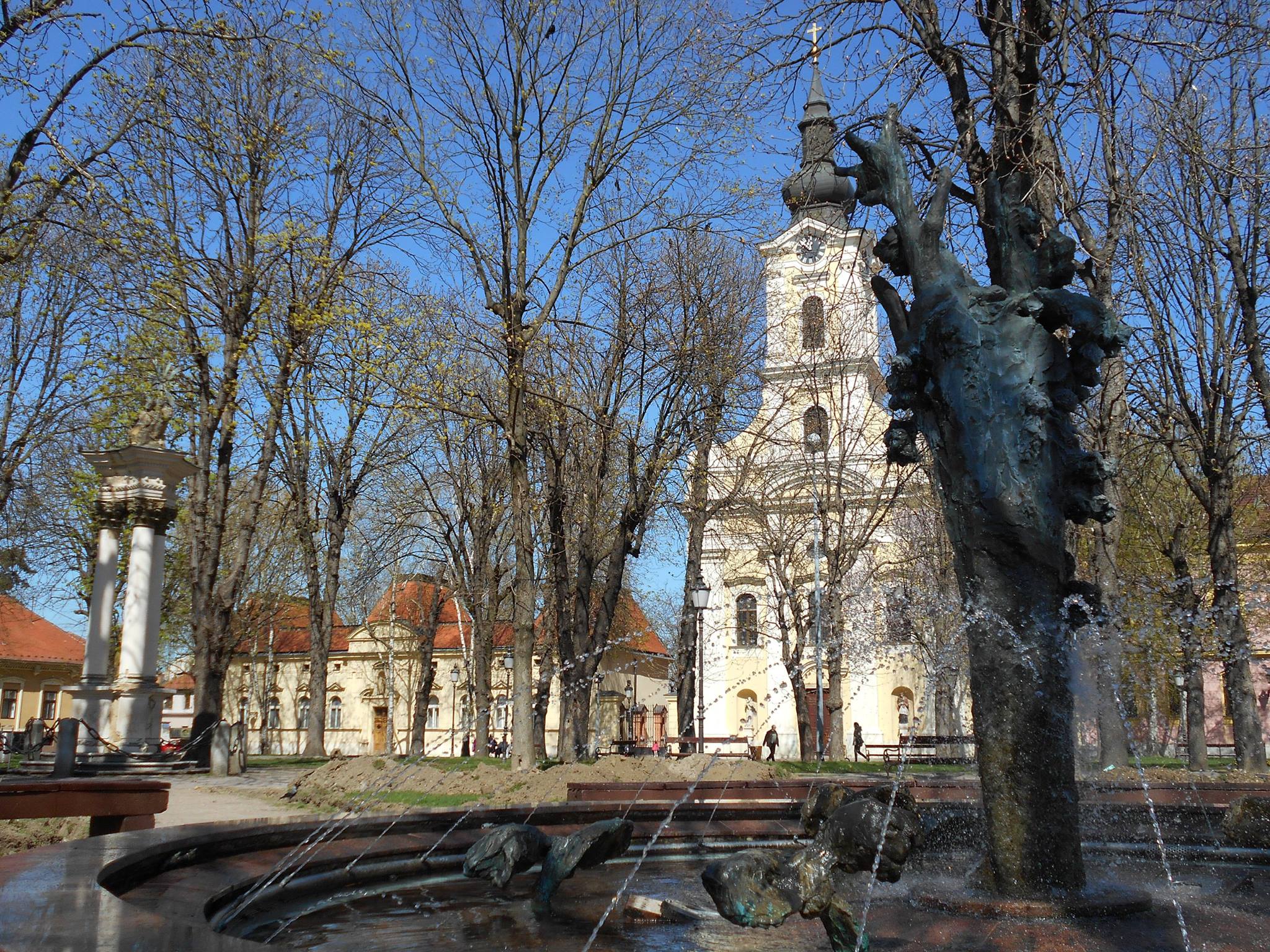 While exploring the town you may find an unusual thing, a typical red British phone box. This is not someone’s mistake it’s actually because of a beloved citizen of this place, Steve Gaunt who volunteered in the war and now is running a British pub in the outskirts of the town.

The Bosut river which is flowing through the city has one singularity, it flows in two directions. Because of the river flowing really slow and the slight inclination the river’s course has, when the wind blows strong you can see how the river looks like flowing backwards. 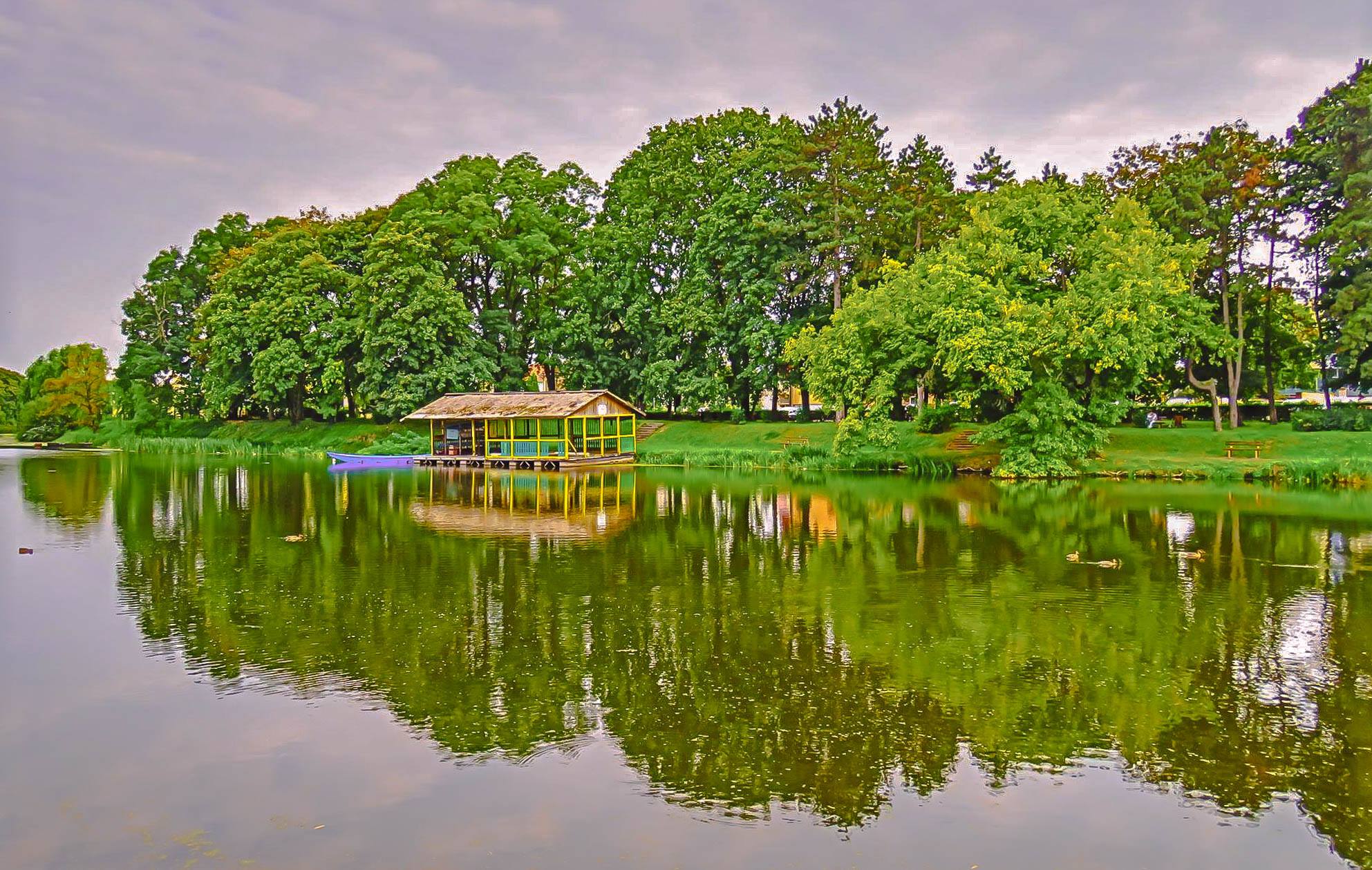 Accommodation and transport in Vinkovci

In order to find accommodation in Vinkovci, you have lots of hotels and apartments to choose from. There are also a few villas and more exclusive residences if you are looking for better amenities.
To get to Vinkovci you just have to take a train from any of the near cities like Slavonski Brod and buses are also a great option as well as the cheapest. 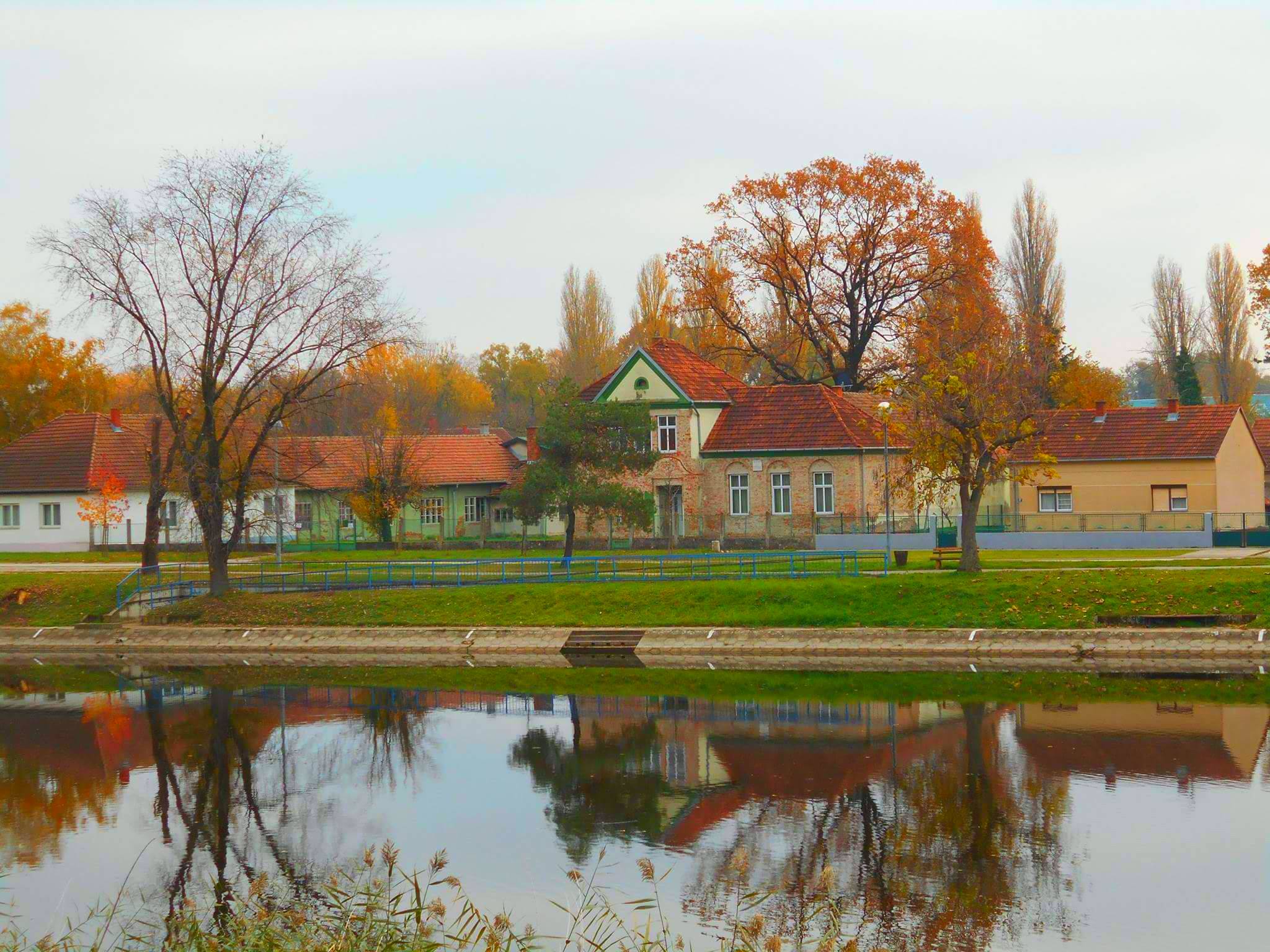 What to do in Vinkovci

This city and its surroundings are full of activities to enrich your experience. If you want to learn more about the people who lived here in ancient times you can visit the Sopot Archeology Park. The park is located about three kilometres away from the centre and is easily reachable from there. Once you arrive you will see six huts called “Sopot” because of the civilization they were typical of.

After that, if you want to learn about more modern times there is a permanent exhibition at the Vinkovci Railway Station. With guidance or not, you will learn about the activities that took here about 2 centuries ago and how did the railway system worked by that time. Vehicles, signals, lamps, photographs and lots of other valuable things can be found here so you can explore a bit the life of the ancient inhabitants of the city. There is something else you should know about trains in Vinkovci and it is that the well-known Orient Express train was making its route through Vinkovci in 1919. Actually, the novel written by Agatha Christie “Murder in the Orient Express” has its most important part to happen in this town. Yes, the murder happened in Vinkovci so as you can see this town has more to show than you thought. 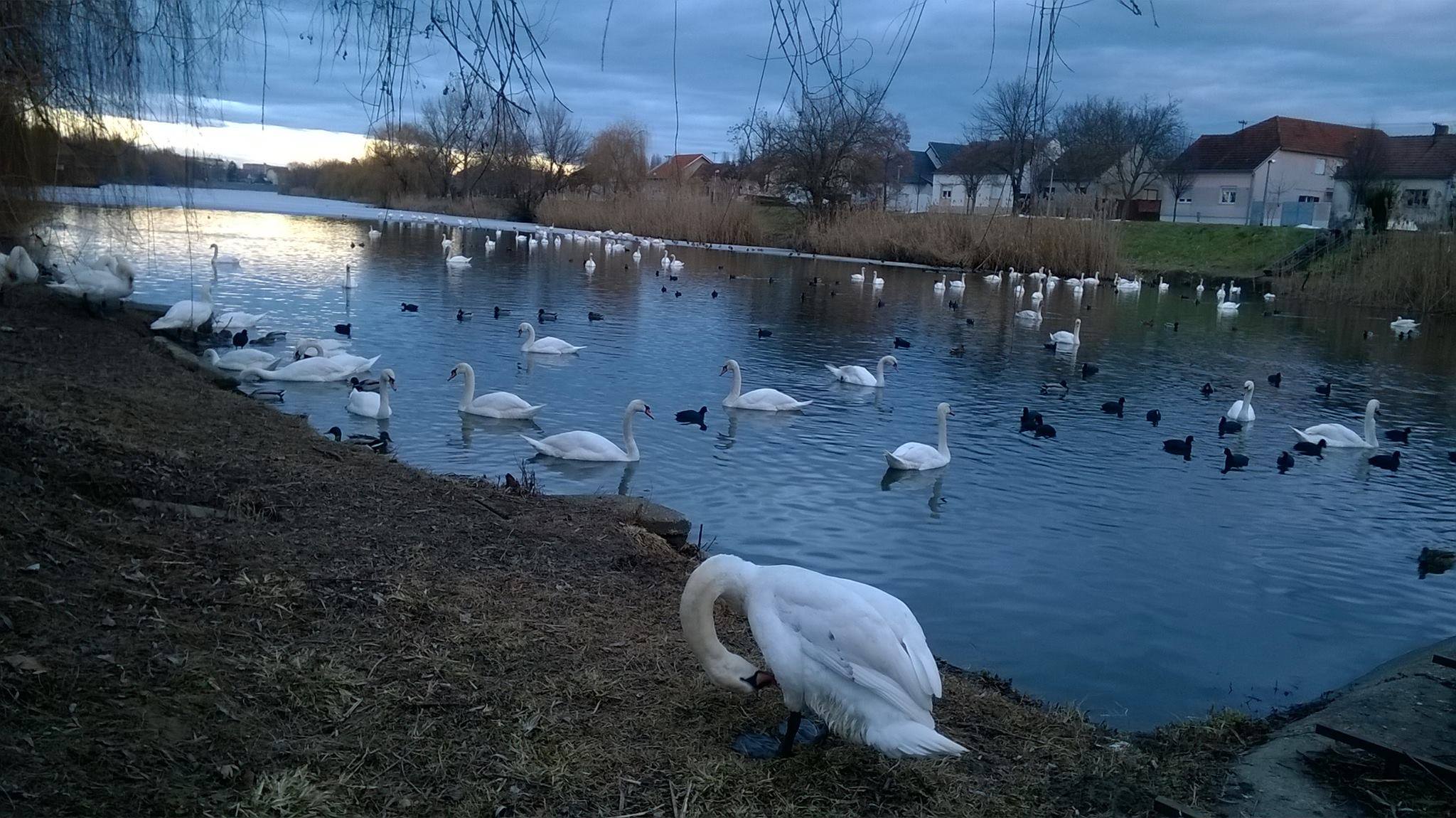 After this journey through the past, you may want to have something to eat or drink and there is some good news for you. Slavonija has great gastronomy so you will be able to taste some of the traditional dishes of the region. Some of them are kulen, goose or fish paprikash and you should follow these dishes with the Croatian traditional drink rakija.

Depending on the season you are choosing to visit Vinkovci you will ve able to join some of the best events from all over Europe. The best example of them is the Vinkovačke Jeseni or Vinkovci Autumn, which takes place in September and is the biggest folkloric event in the area. Traditional costumes, music instruments and songs are played this day and lots of people from all over Europe gather here to celebrate and preserve the cultural heritage of the nation. 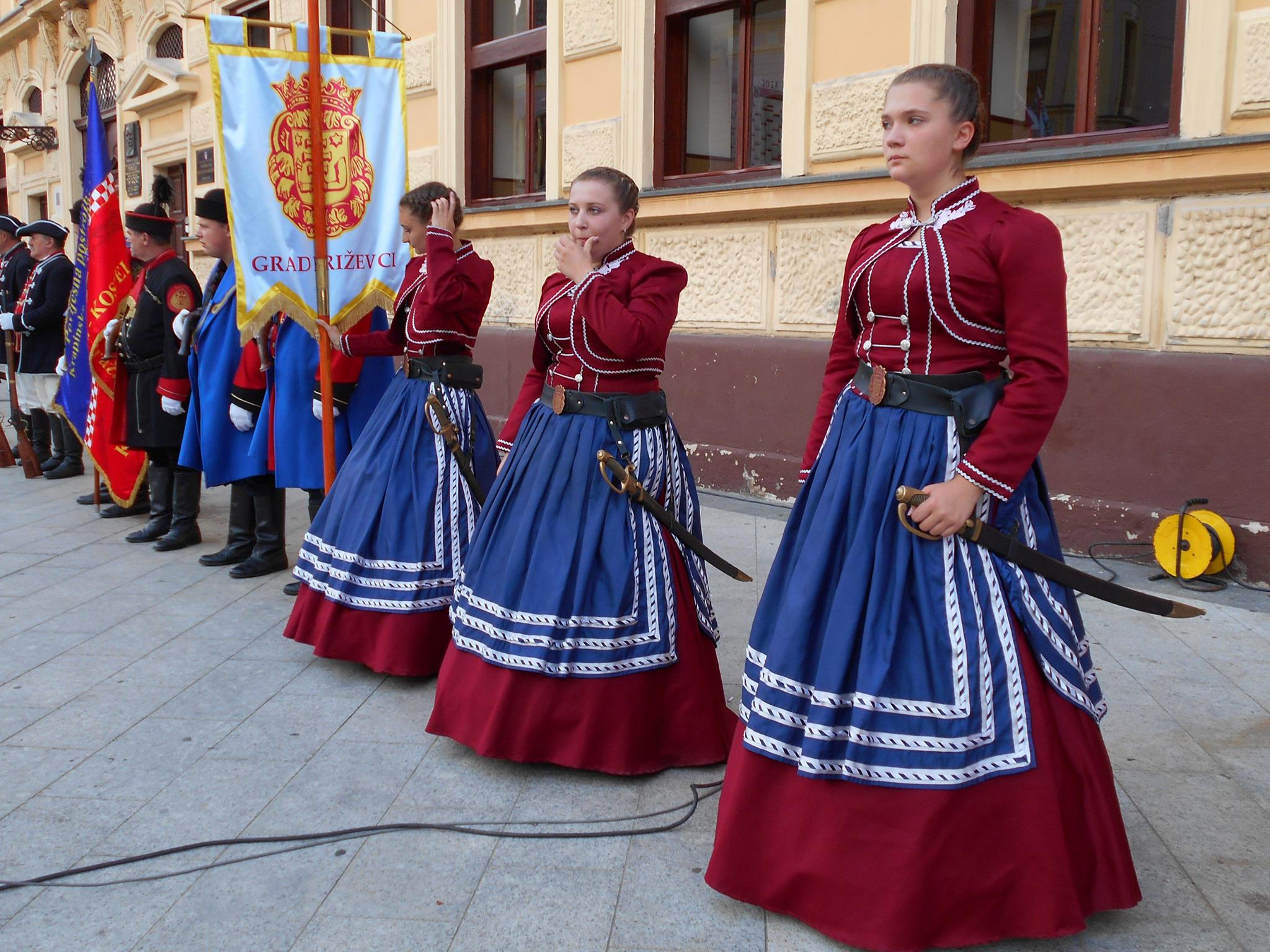 If you are feeling more adventurous there are also activities like horse riding, cycling, fishing or even hunting in the surrounding forests so chose what suits you best and get ready to enjoy Vinkovci.