Krapina is a small town located on the hilly region Zagorje of Croatia with an approximate population of 13 thousand people. Krapina offers interesting things to offer, let’s explore more.

The history of Krapina starts in 1193. The town was a favourite place for castles and country houses of Hungarian and Croatian kings.

The town was once a district capital of the Croatia-Slavonia Kingdom. In the 19th century, in the region of Krapina, there was found over eight hundred fossil remains belonging to Neanderthals by archaeologist Dragutin Gorjanovic-Kramberger. 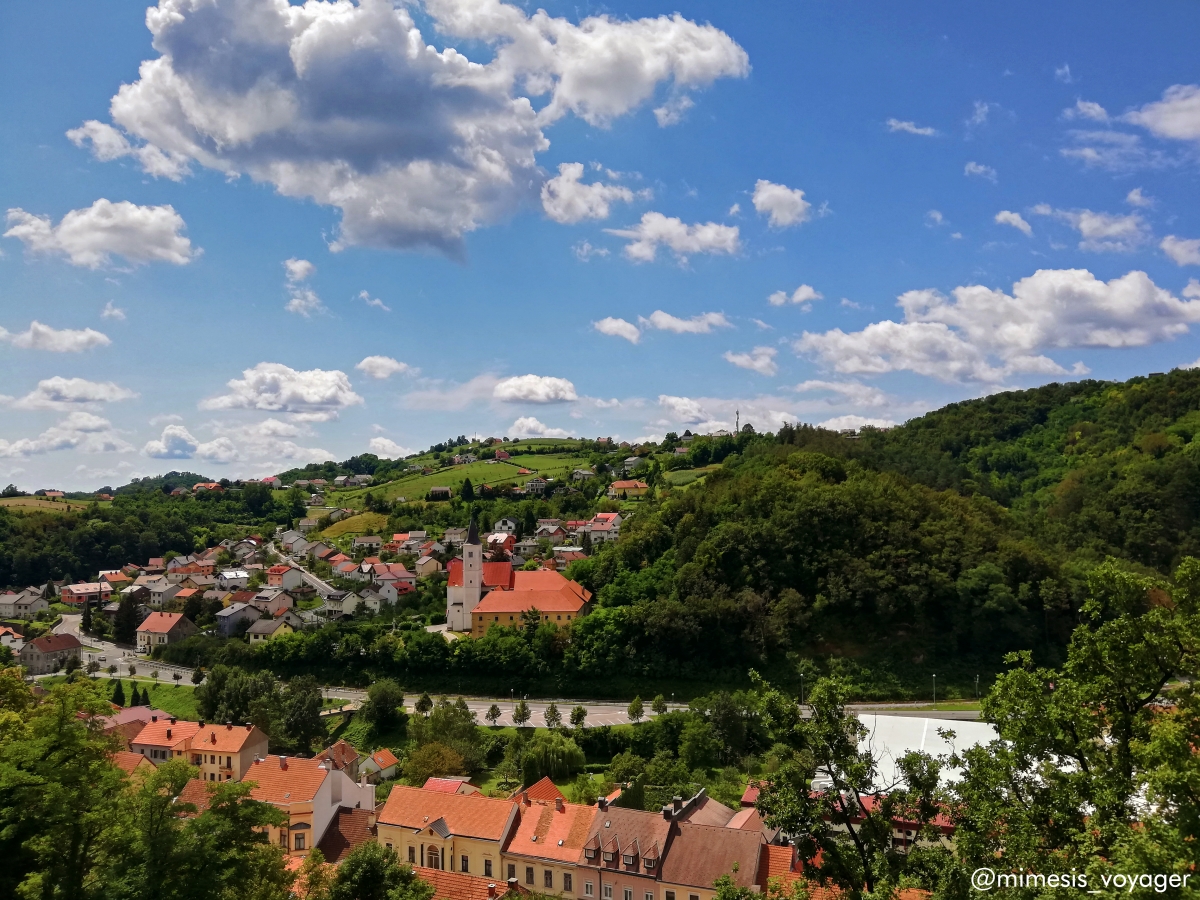 Because of that half-cave of Krapina was included into the list of the world's science localities where the largest collection of the Neanderthal man was found. There were about nine hundred remains of fossilised human bones, they belonged to different individuals of different sex and age.

In the 17th century, during the administration of ban Ivan Drašković, five sessions of the Croatian Parliament were held in Krapina. The political agreement that was protecting Croatia's interests between Ante Starčević, the Father of the Nation and bishop Juraj Strossmayer was signed in Krapina. The town was used to serve as an administrative centre. Today, Krapina is the town which unites all the nearby towns of the Croatian Zagorje region.  It emphasises the unity of the region rather than its constituent parts and creates a whole that has “Zagorje in its heart” (a local saying). 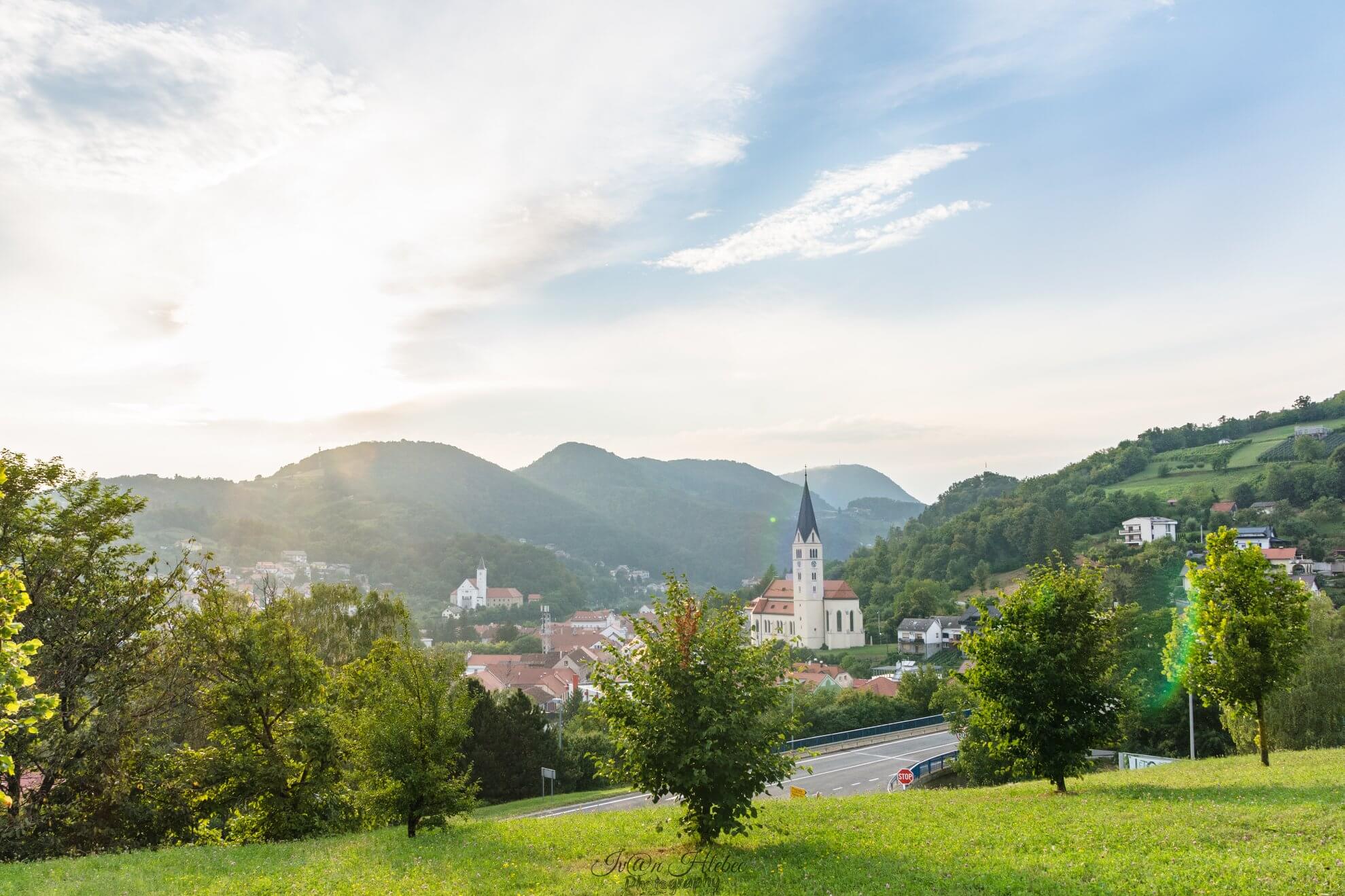 The building which dominates the town is a medieval fortress of Krapina located on the hill. It is a two-floor building that was partitioned in the 19th century survives out of what was once the entire fortress complex. The fortress was used as a central point for defending the border with Sutla.

Krapina is best known for the ancient Neanderthal remains found on the hillside. Krapina Neanderthal Museum is the place where you can see the findings that prove people were living in the area 130000 years ago and the evolution of history. From the museum, along with the short path you can be lead to the excavation site where the remains were discovered.

Also, Krapina has churches to visit, they are St. Nicholas, St.Catherine’s and our Lady of Jerusalem- sit proudly on the sloping hills, each with a bell tower that can be seen through the valley.

St. Nicholas is the newest from others, St.Catherine Church has a stunning Baroque interior and Lady of Jerusalem is beautiful as well with colourful paintings inside which are covering ceilings and walls. The statue of Mary is placed inside of the church, it was brought from Jerusalem and said it has miraculous powers. 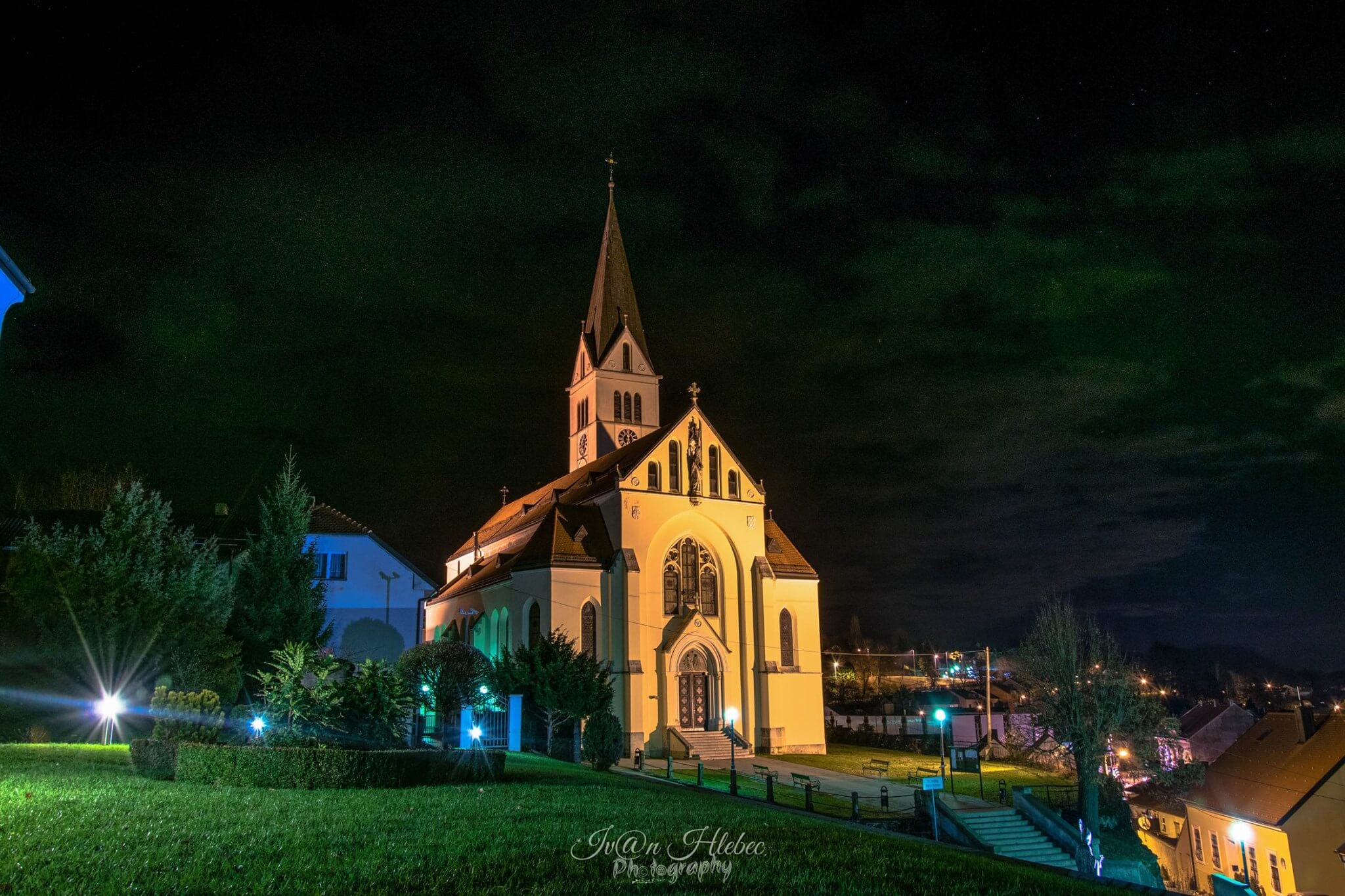 Accommodation and Transport in Krapina

Krapina can be reached by bus, car and by train from Zagreb and Varazdin. The cheapest option is by bus for 1 hour.

For places to stay in Krapina, the town offers a variety of private apartments, hotels and rooms. 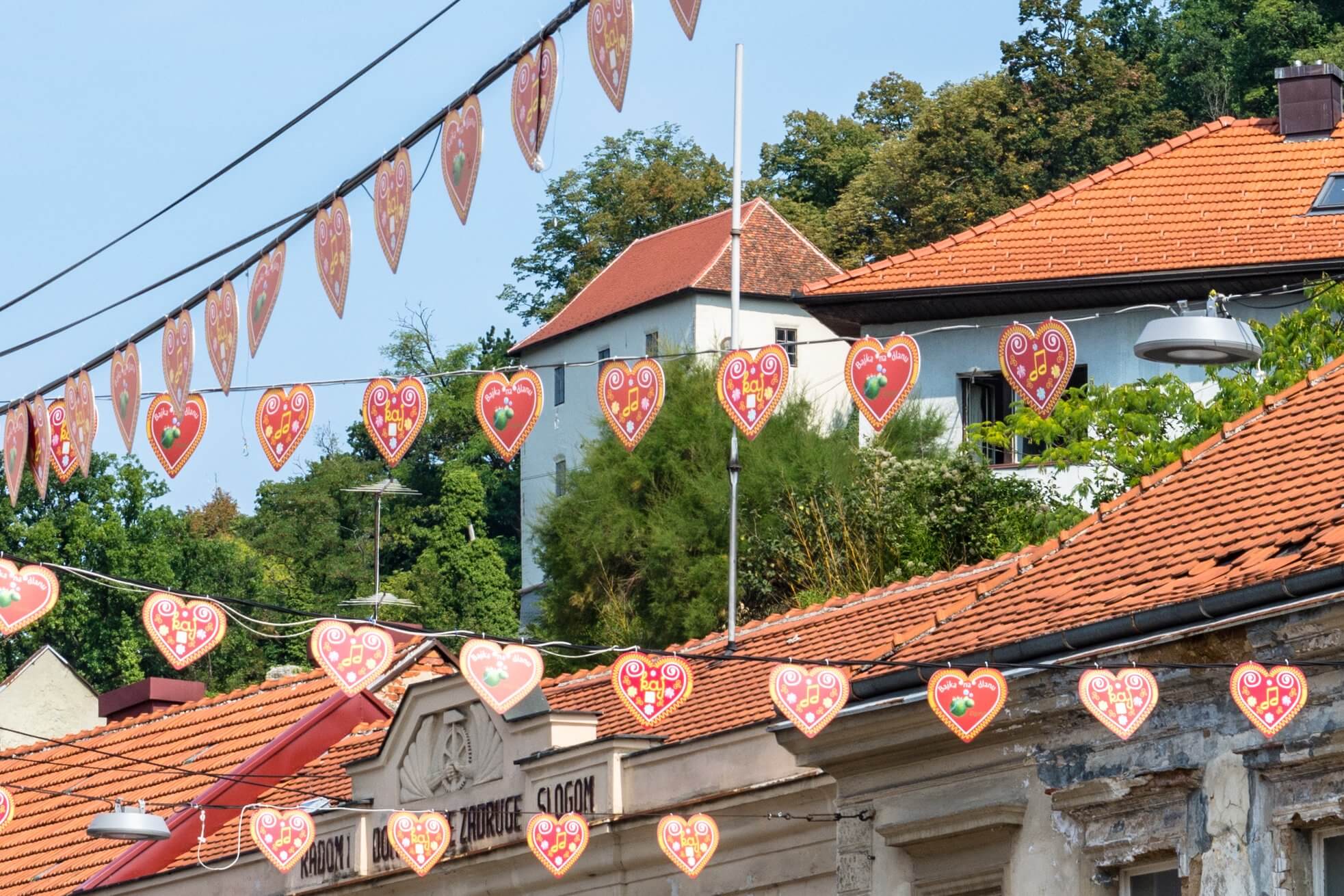 What to do in Krapina?

Krapina is best in autumn. Treetops became gold, the days are clear, is it a perfect time to look at the Zagorje hills from which you will be able to enjoy colourful forest and village views.

You can feel the smell of vineyards and apples from the orchards, the smell will immerse you into the cosy atmosphere.

In 30 minutes by car from Krapina, you have a chance to visit 13th century Castle Trakoscan, it is a historical heritage which consists of the castle, park and forest park with a lake. The castle contains also a museum with a valuable collection of paintings, furniture, weapons from Renaissance times. In the forest park of the castle, you can discover the natural wonders by taking 2-hour lasting educational path “Puta vila”. Trakoscan Castle is a romantic and beautiful place to enjoy the peace and calm of the Hrvatsko Zagorje. 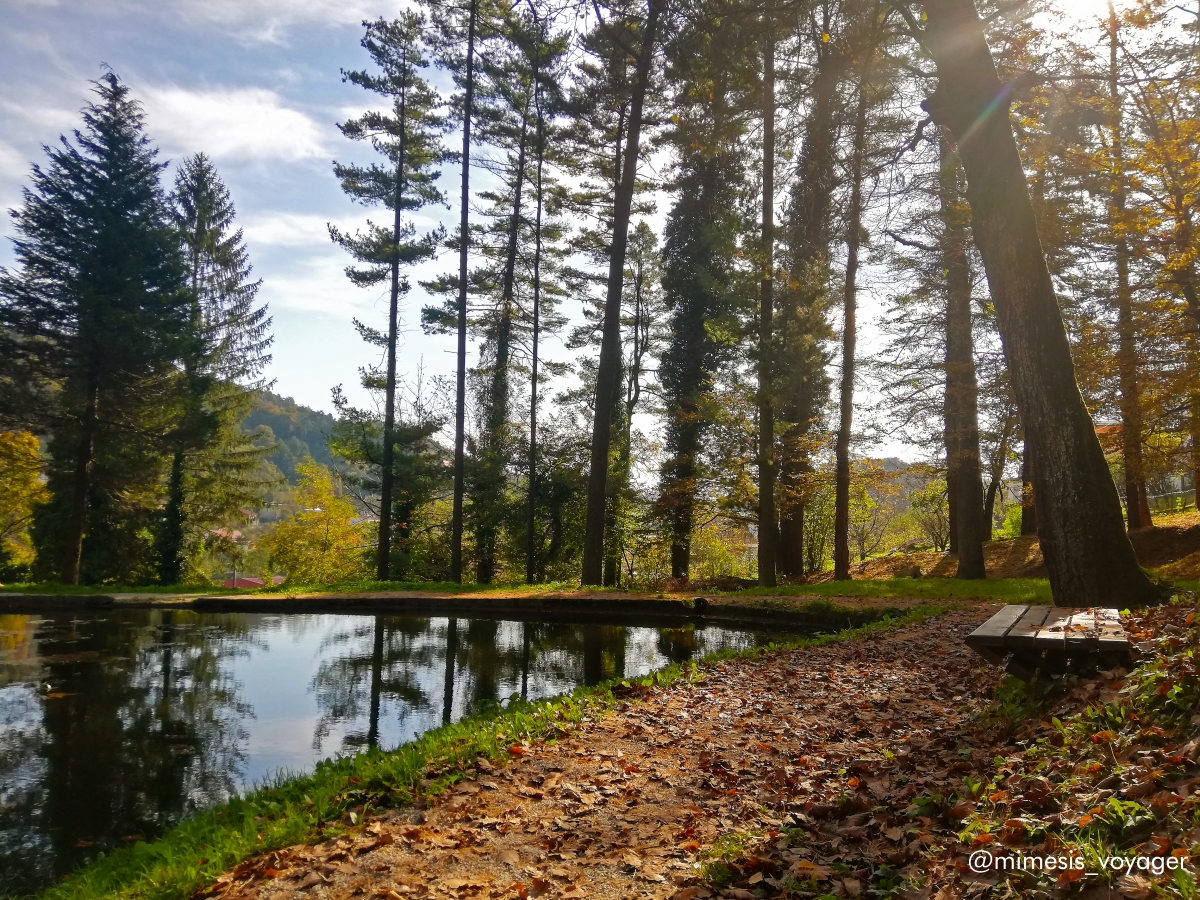 As the Neanderthal museum is one of the first-mentioned places in Krapina, we can not miss it. The museum exhibits the history of human evolution and findings of people livings.

Dvor Veliki Tabor is another fort to visit near Krapina, it is located in 40 minutes by car from Krapina. The fort of Veliki Tabor is one of the most important cultural and historical monuments of secular architecture in continental Croatia, with a unique monumental and authentic fortification structure. Situated at the top of Mount Hum Kosnicki, at 333 meters above sea level, it has dominated the Zagorje area for over half a millennium, during which time the architecture has blended in with nature. The impressive view from Veliki Tabor stretches over the entire Hrvatsko Zagorje area and part of Slovenia. 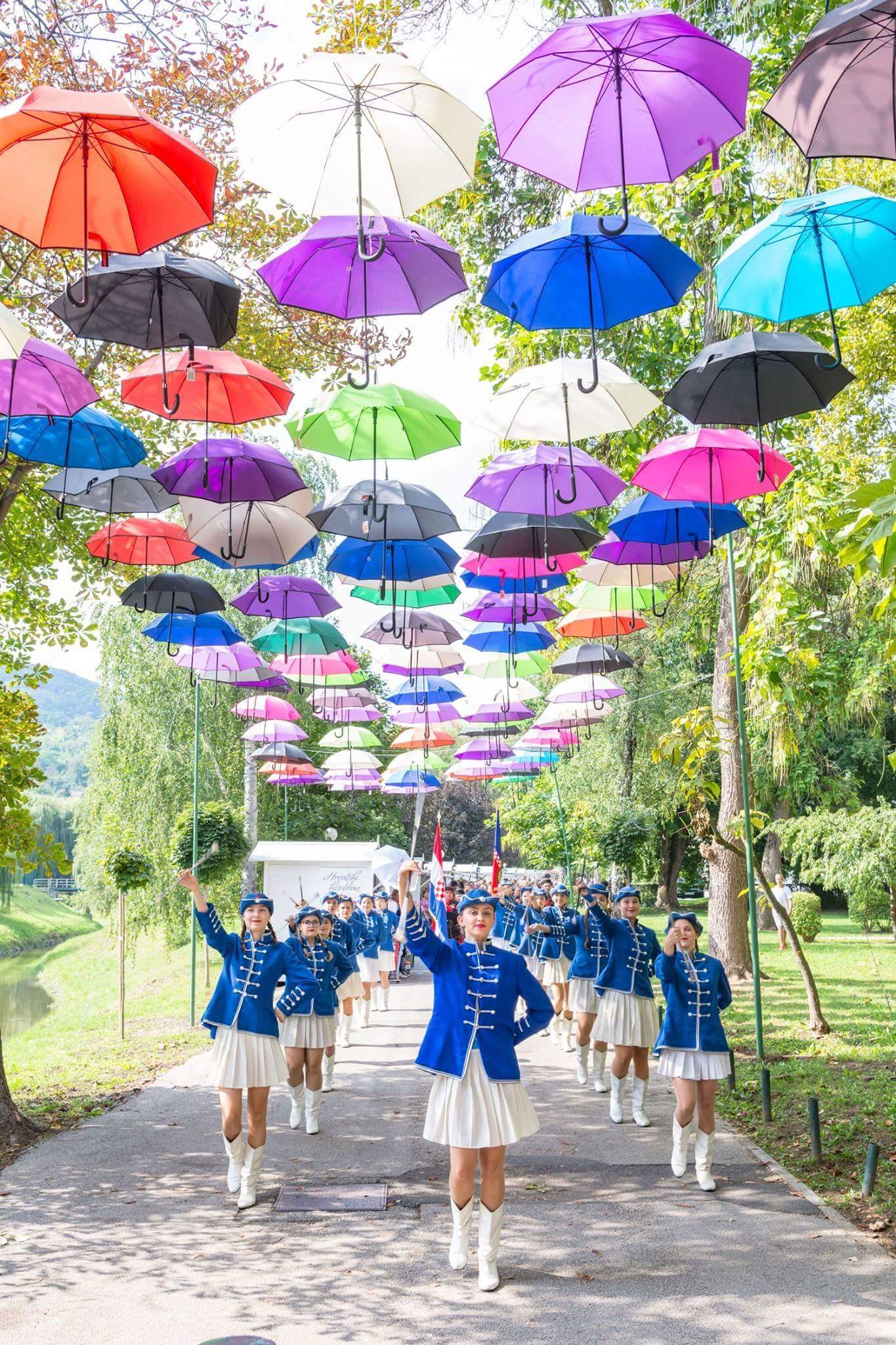 Not to mention Krapinske Toplice would be a crime. These are medicinal springs since the hyper-1772nd year which came from 4 sources. The water temperature at the springs is 39-41 º C, the chemical is characterized by calcium, magnesium and hydrogen. Krapinske Water Spa was rated as the sixth of the best quality thermal water in Europe, a great place for your health vacation.