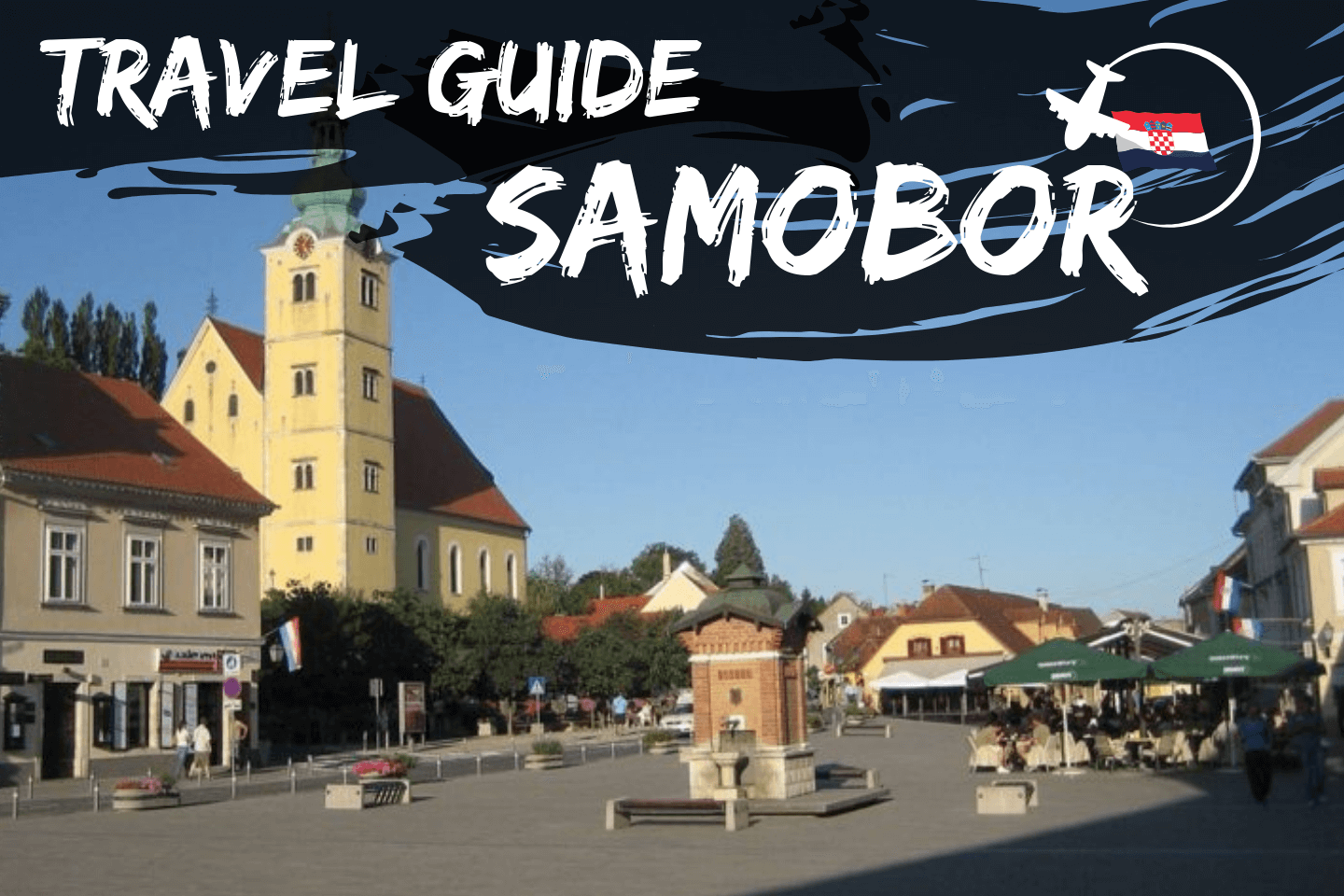 Not far from the capital city of Croatia lies Samobor, small city with big meaning. It is a city with a rich historical and cultural heritage and also s perfect place for continental food lovers. Using traditional recipes and mixing novelties, Samobor offers a great invitation for all continental cuisine fans. What makes the city more interesting is famous carnival which is mentioned for the first time back in 1827. 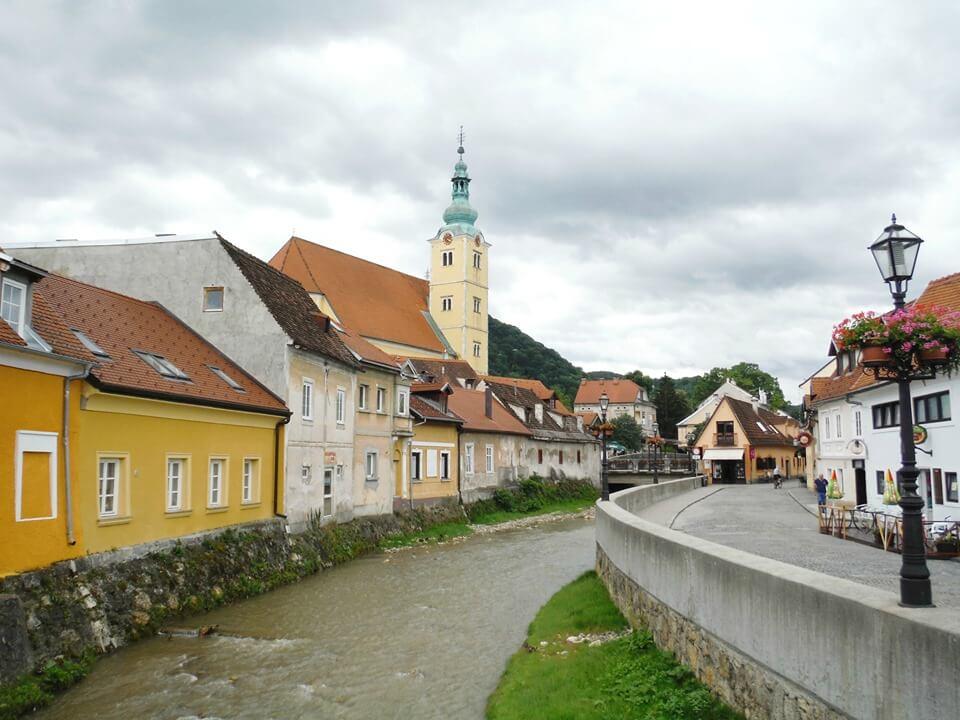 It can not be correctly defined when was the first colony built in the place of today's Samobor because historical findings not exist in wholeness, but the surrounding hills were hiding prehistoric objects such as parts of weapons, stone axes, tools.. There are much more findings from Copper, Bronze and Iron Age. One of the most important finding is silver coin from the time of the presence of the Celtic tribe of Tauris. The prehistoric period ends with the submission of Illyrian and Celtic tribes to the Roman authorities, after which the time of histographic monuments begins.

The earliest written testimony of Samobor is the document of the Croatian-Hungarian king, the charter of Bela IV. After the end of war with Tatars, the charter from the year 1242 confirms the privileges which Samobor received. The King Bela IV. Croatian-Hungarian king conferred the privileges of a free royal market. This meant that residents of Samobor could vote for vicar, manage of the tenth of the church, have the right to select judge and administration. The charter determined a border territory for a city with market law. Samobor had no other lords except his own citizens, and they needed to pay taxes only to the king. The castle was taken over by the duke Ivan Okićki in 1274. The owners of the castle changed often, but they all respected the privileges given by Bela IV. until one mistake in the year 1488. when Barbara Frankopan was by mistake introduced as the owner of the entire place. The fight for justice lasted for tree hundred years and was ended in 18 century. In 1797, a big fire destroyed the town. After a big fire, the center of today's Samobor was built.

In the first half of 19 century Samobor was one of the most important centers of the Croatian National Renaissance. The other half of century was dedicated to communal planning. They built bathing resorts, cleaned the parks and boarding houses were opened. With the end of the bridge construction at Podsused, there were possibilities to connect Samobor with the railway line. The popular train started its first ride in 1901 end it was running until 1979. “Samoborček”, the popular train is located as a cultural monument in south part of city. In 1937  The Communist Party of Croatia was founded in Samobor.  Žumberak  and Samobor hills were an important center of the anti-fascist party during World War II.

Samobor Castle was built between 1260. and 1264. The supporters of Czech king Otokar II built a castle above the city because wanted to have stronger border. Through the years, Samobor Castle has changed many owners. The ones that stand out the most are Barbara Frankopan, Matija Korvin, family Ungnad and last owners, family Montecuccoli. Then the city was in bad condition. The construction of a pentagonal tower did not influence the defensive power of the castle. With its size and form they gave a warning to the citizens of Samobor with whom feudalists from the castle had conflicts. Walls of the north tower were 18 meters tall but the greater danger threatening was from the south side of the castle walls. Ivica Sudnik, one of the founders of Samobor museum mentioned that the bigger parts of architectural elements found in 1942. and 1943. during Tihomil Stahuljak lead, buried inside of the north pentagonal tower. Based on those facts, Conservation department in Zagreb (Ministry of Culture, Republic of Croatia) financed reconstructions which were operated in November of 2009. The municipality of Samobor became the owner in 1902 and in 1910 they were granted the permission to rebuild the pentagonal tower. 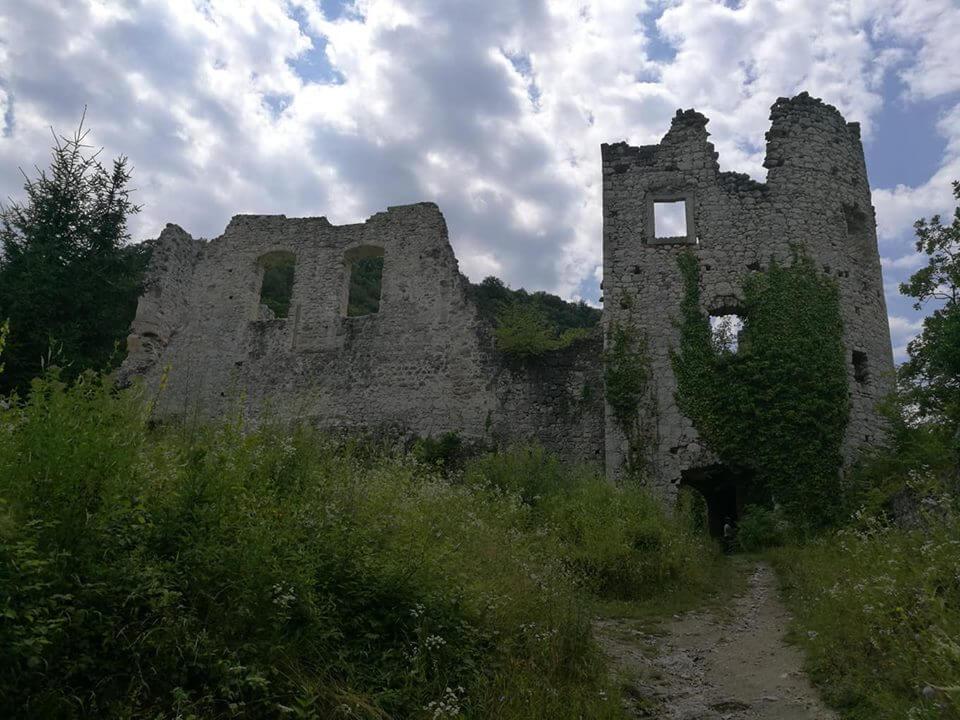 The former castle of Ferdo Livadić is Samobor museum nowadays. On that location the Illyrian song “Još Hrvatska nij’ propala”, written by Ljudevit Gaj and composed by Ferdo Livadić, was performed for the first time. The castle changed many owners, but in 1948. it became the Samobor Museum. The Museum offers a lot of documents about the history of Samobor, a variety of exhibit collections and artworks. The collection dedicated to Ferdo Livadić is located there. 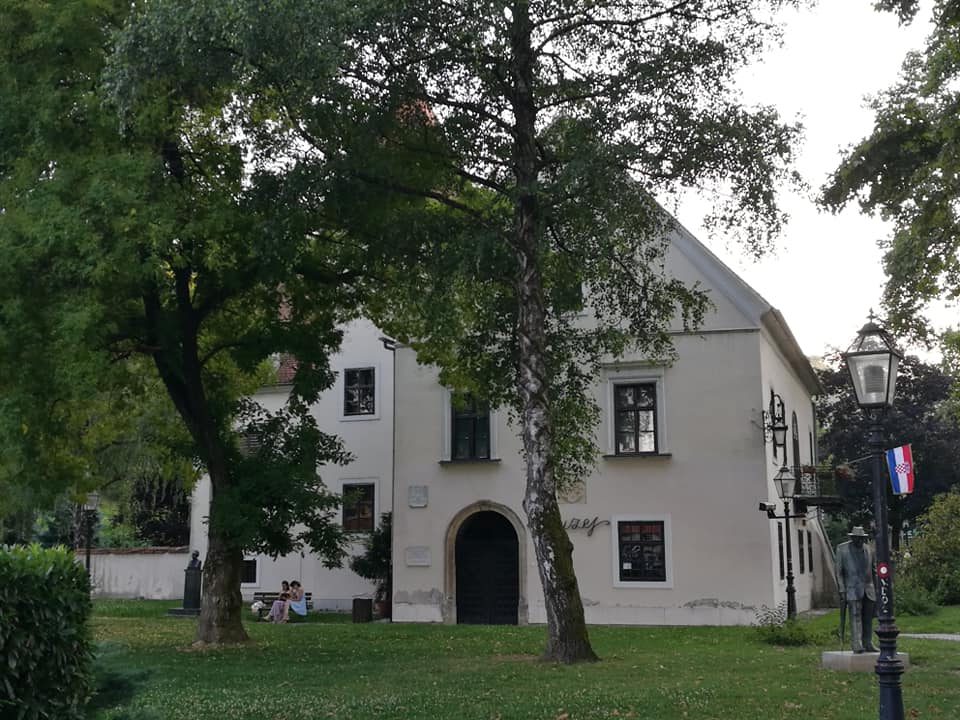 There are a lot of sacred objects nearby Samobor. The most famous are: Parish church of Saint Anastazija (which was considered as an exceptional building and we included it in rare early baroque churches in Croatia), Franciscan Church of the Assumption of Blessed Virgin Mary and Franciscan Monastery (ground plan was based on the model of parish church of Saint Anastazija and the church was built in baroque style), Chapel of Saint Ana – Anindol (the youngest baroque sacred object near by Samobor.) Chapel of St. Helena (the oldest chapel of Samobor parish.) 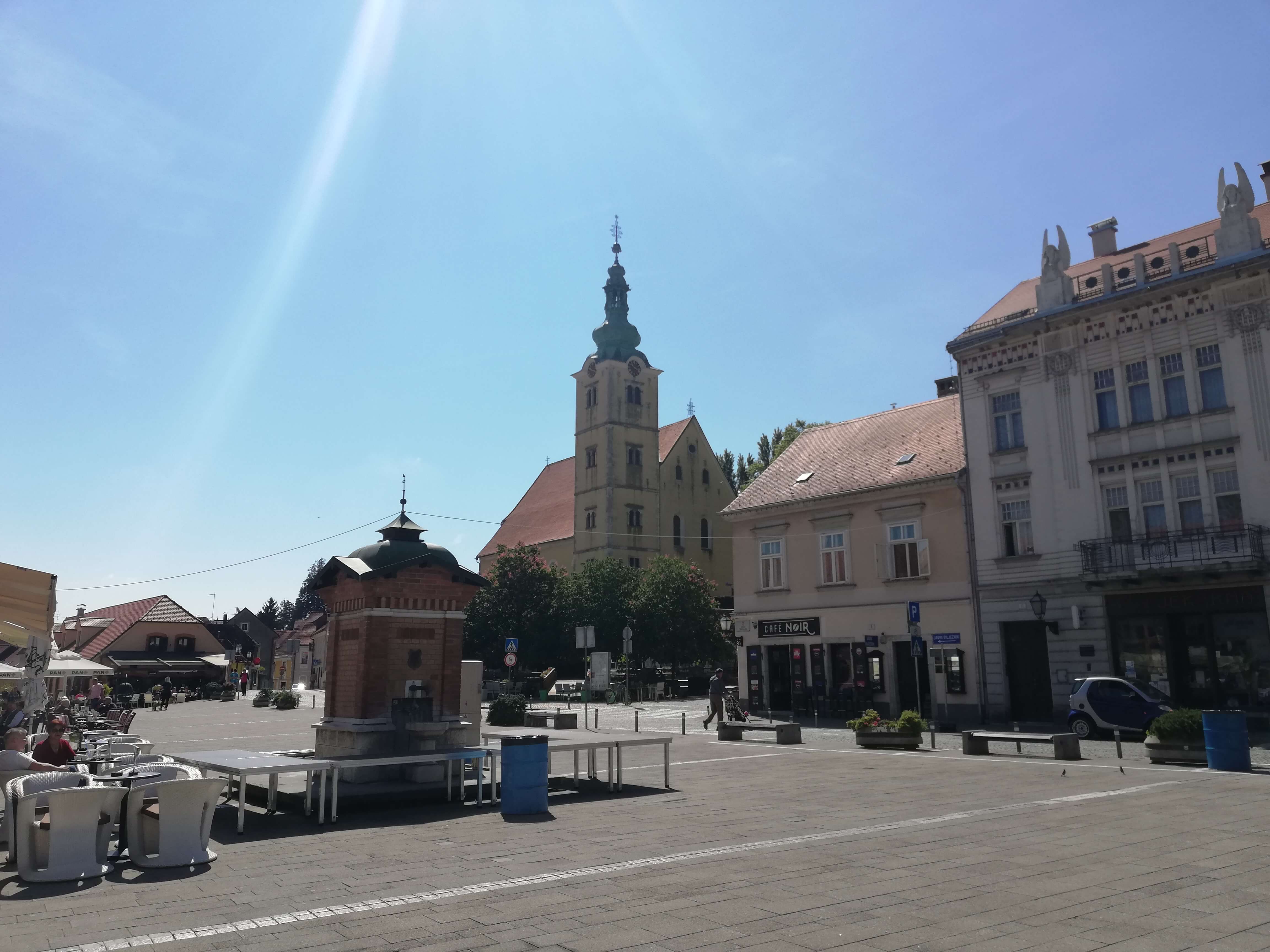 Accommodation and transportation in Samobor

You are in Samobor and looking for accommodation? There are no reasons for to be concern because Samobor offer hotels, apartments, hostels, pensions, rooms, vacation houses and camps. If you are in Zagreb, except with a car, you can go by bus (bus station in Zagreb from which it is possible to take a bus to Samobor. The ride lasts 30-40 minutes) and by train (to Podsused station and from there by bus or car to Samobor). 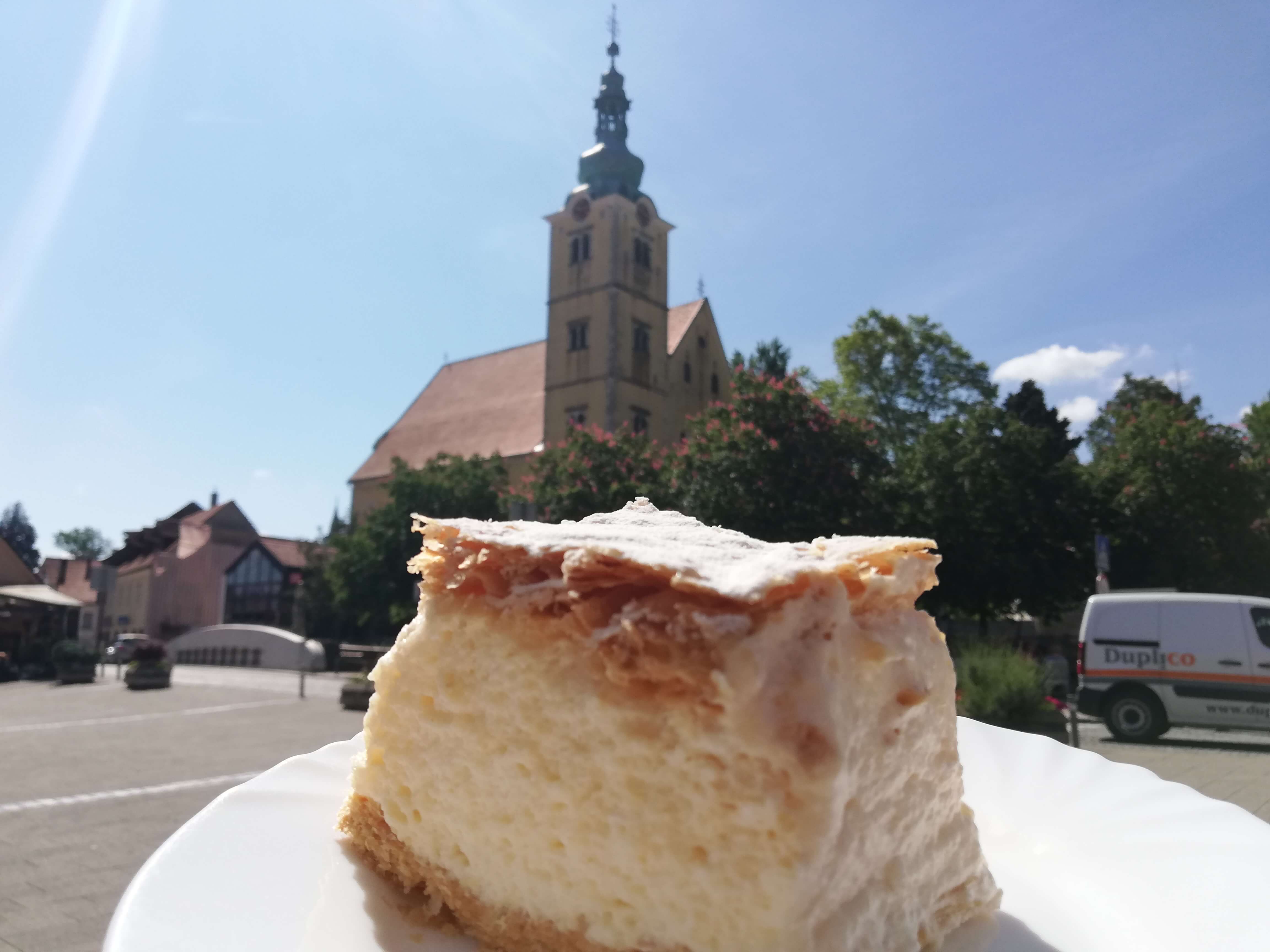 What to do in Samobor?

Kremšnita from Samobor, is the first thing which tourists and local residents order when they are in the centre of the city. Krešnita is for sure one of the symbols and the first association of Samobor. After the break with Kremšnita one of the ideas is to visit old traditional train “Samoborček” in the urban centre Južno naselje. If you are in Samobor in February, you will run into something unforgettable – the Samobor Carnival. The tradition of carnival began in the twenties of the nineteenth century. Visitors are entertained by already well-known characters – Princ, Magpie, Judge and Lawyer who talk without a problem aboutcurrent social topics and joking with the other masks. The best masks also get a present. This year they celebrated 193. Carneval. See you at the carnival! 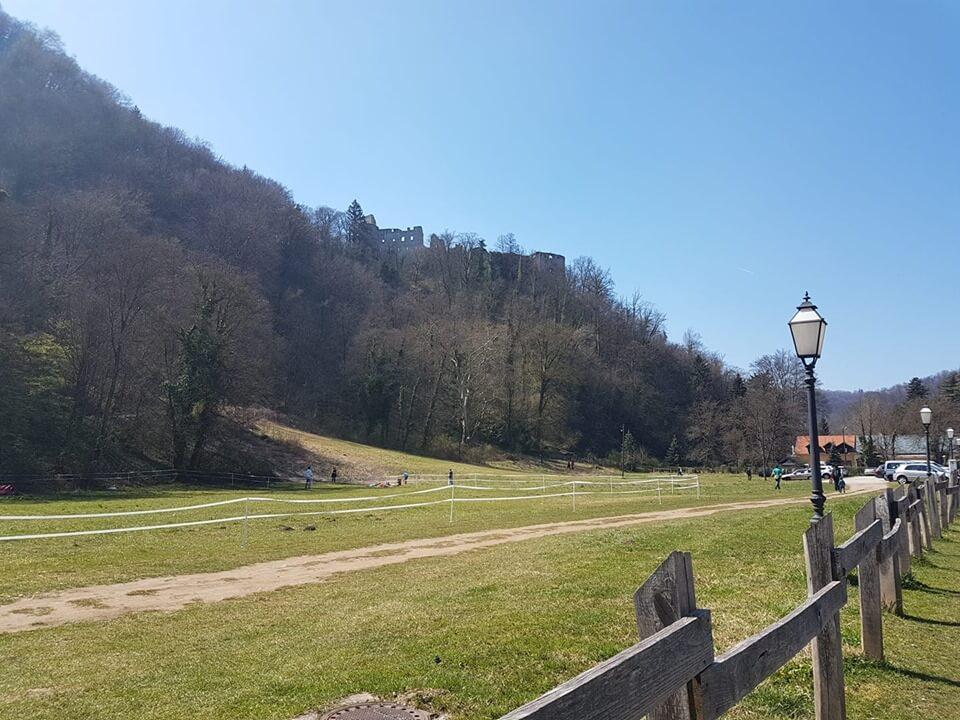