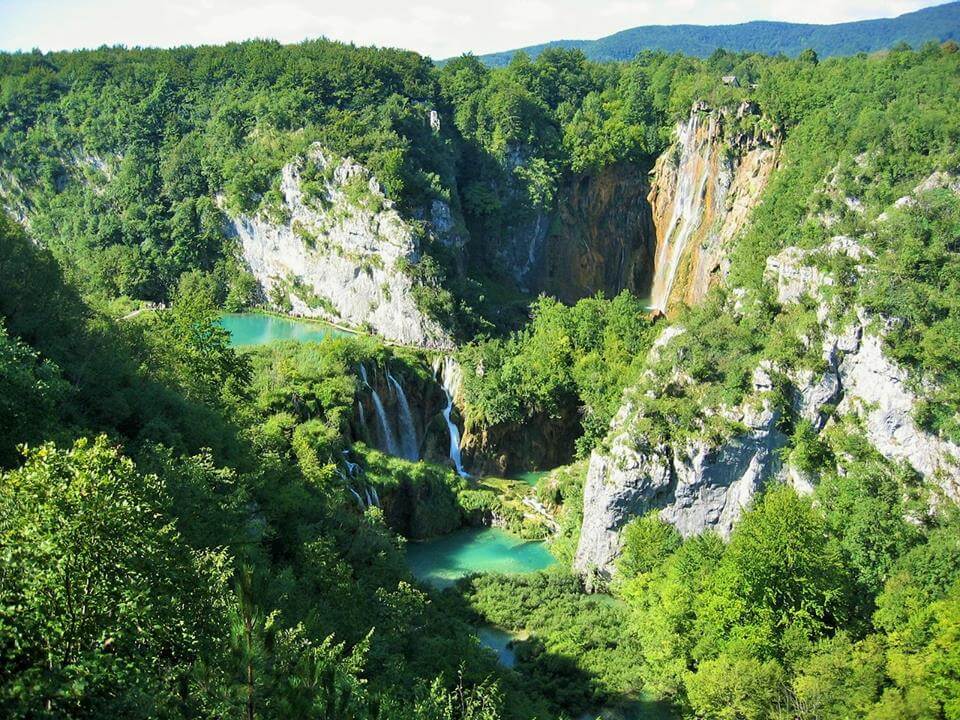 After many months of anticipation on the 11th of July 2017 I finally entered the beautiful country of Croatia. My point of entry, Pula, a small coastal town in the North East of the country was vastly different to that of most British Tourists.

My Journey began over two years ago, when, by chance, I shared an apartment with a Croatian man in the also small City of Seville in Spain. After living with him for over six months, I had been awed by the stories of his home town and some of the other natural beauties Croatia had to offer.

I had a vague idea of what the Country would be like, in some way from other people in Britain that had visited in the country but also from my Croatian friend and his stories. However, what I could not expect was how wrong my preconceptions were and that what I would actually see and experience was far far better.

On the first day I arrived it was already late afternoon. I was picked up from the airport by the girlfriend of my Croatian friend. The welcome lovely, I immediately felt at home. As we drove to meet my friend at his Grandfathers house I could immediately see the character that this small city has to offer, a beautiful blend of distinctive history and eye-catching panoramic views of the sea. 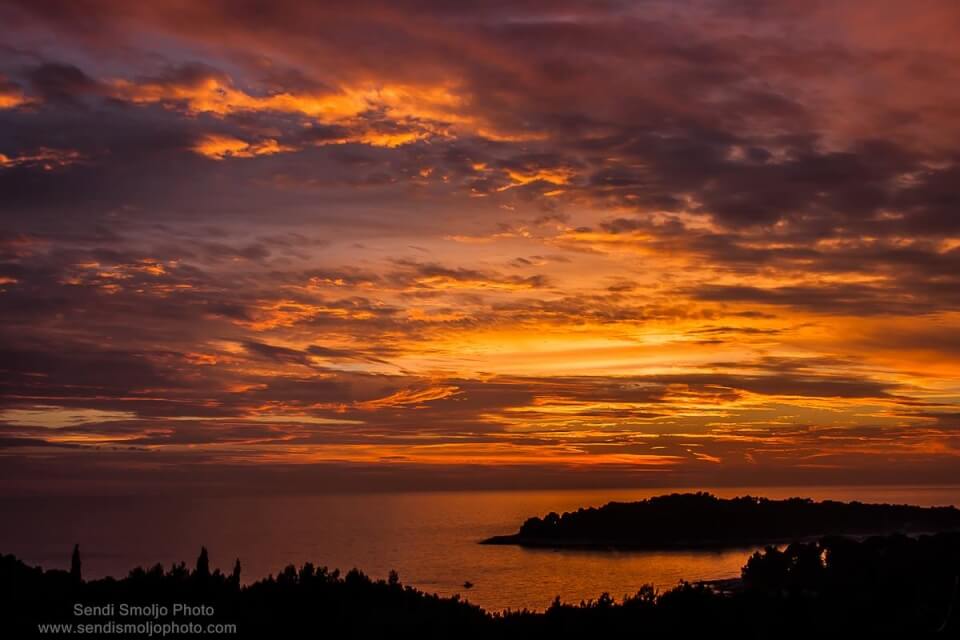 It is probably important to tell you now that I am a nervous flyer, so I had already had a few drinks on the plane, an idea I soon learnt was not a good one.
As I was welcomed into his house I was met by his Grandfather and within no time at all I was being poured a beer and from that moment until I left the house my glass was never empty. This was something I learned over the next week was just typical Croatian hospitality, always wanting you to feel welcome and comfortable in their home. Croatian people are very welcoming. 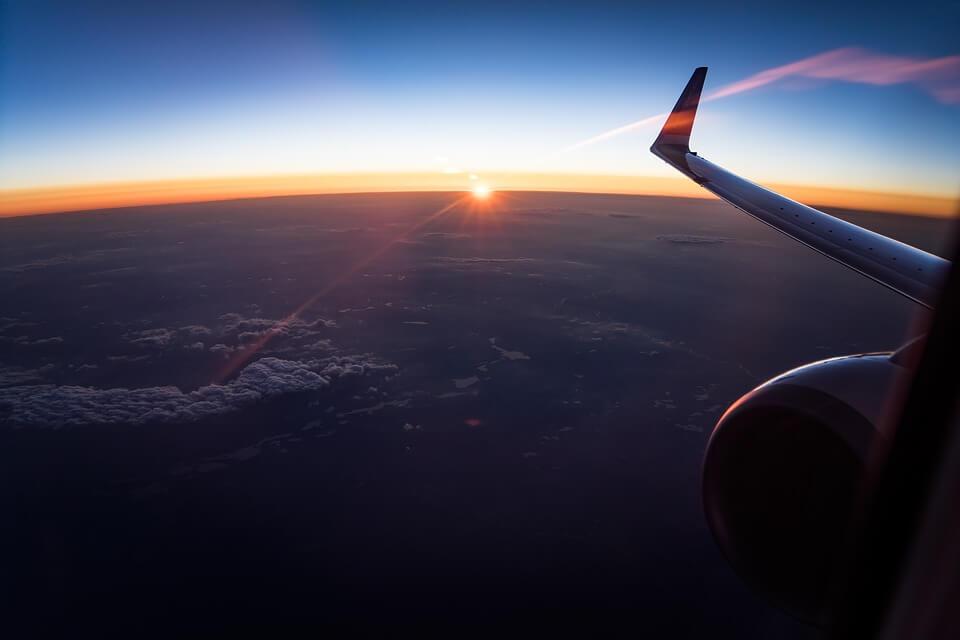 The second day of my trip was actually my Birthday and it gave me the chance to fulfil a long term dream of mine, taking the short trip across the border to Slovenia to visit Lake Bled.
Bled was amazing, a beautiful and picturesque place with a very relaxed atmosphere surrounding it. We spent most of the day there, walking around the lake, enjoying a few drinks here and there and finally experiencing the worlds longest dry toboggan run, which as fun as it was could not compete with the amazing views you experienced once you arrived at the top of the run by cable car, it was simply breathtaking. 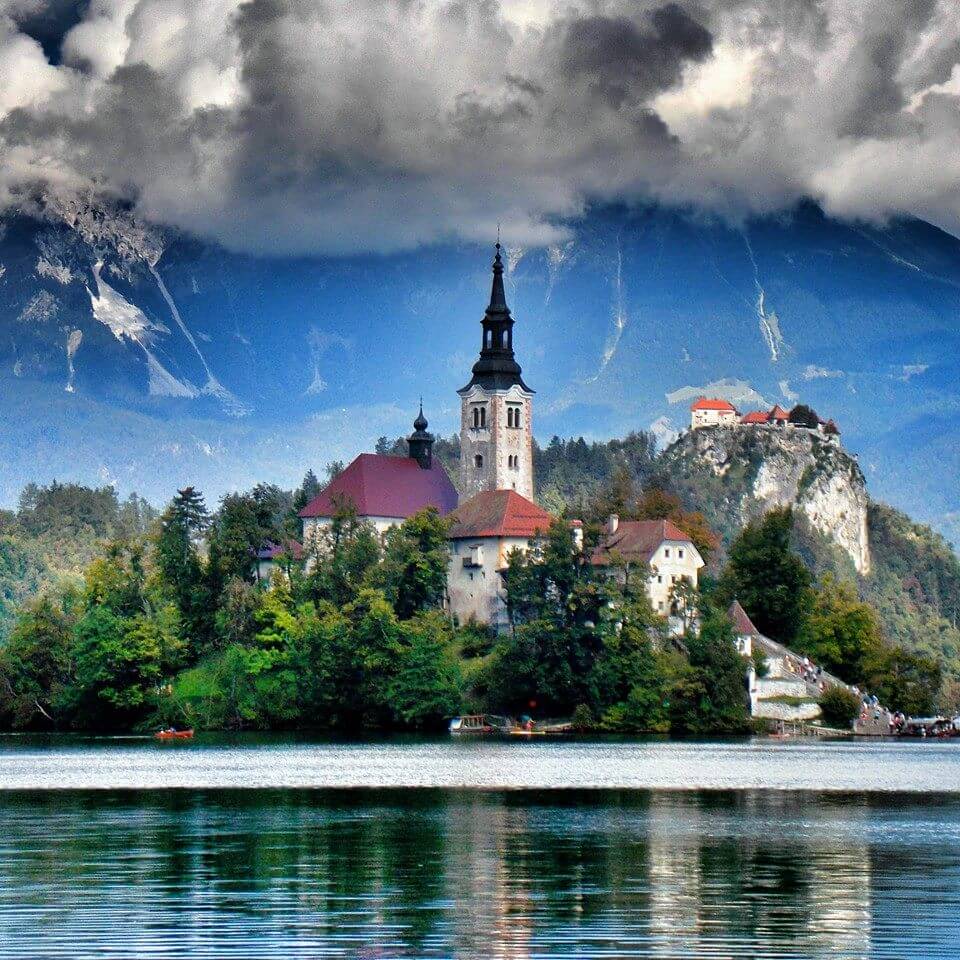 Once we arrived back to Pula in the evening I was excited to experience some of the night life Croatia had to offer. I was older now so I wasn’t your typical sort of Brit abroad that was desperate to go out, find the cheapest place to drink and get as drunk as possible, I was more interested in seeing the city from a local perspective and finding some atmosphere or something new. 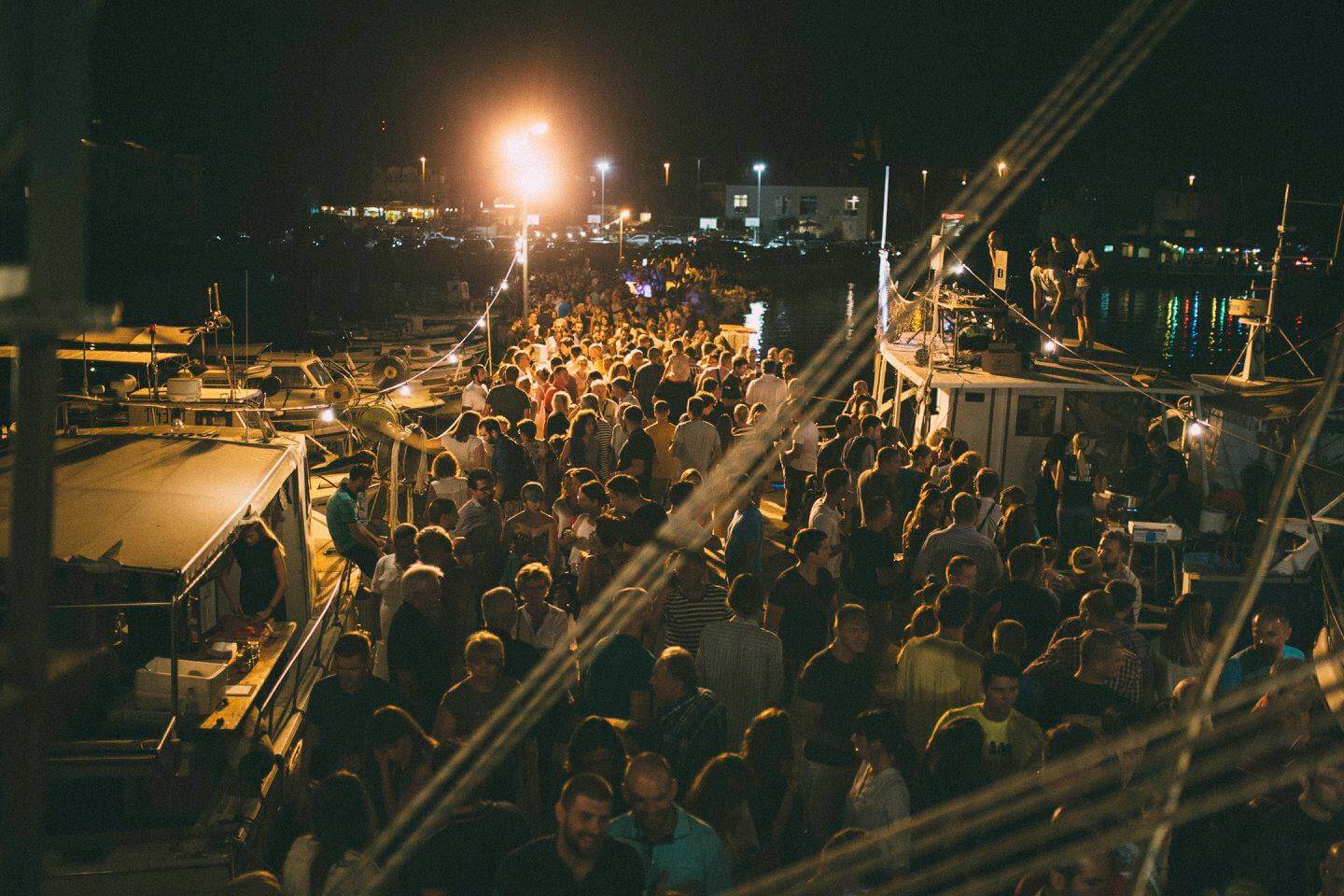 Photo by: Hook and Cook Medulin

My friend had heard about a Tuna cook-out happening in the small port town of Medulin and decided we should go there. I had no idea what to expect as we drove towards the town but as we parked up I immediately could see and feel this was what I was looking for. Along the boardwalk of the harbour boats had pulled up and people had spilt onto the dock. Stands had been put in place to buy drinks and fresh fish and two young guys were Djing from the top of one of the boats. As we entered the party I was introduced to some friends selling the local drink Rakija from a stand at the beginning of the Boardwalk. The drink is produced by themselves and flavoured in many different ways, extremely strong but for a Birthday night, something you just let happen. We partied into the night and enjoyed the local festivities, I really felt like I was in a special place, void of image or people trying to look better than others, or outspend the next person, just good people enjoying some good relaxed fun. 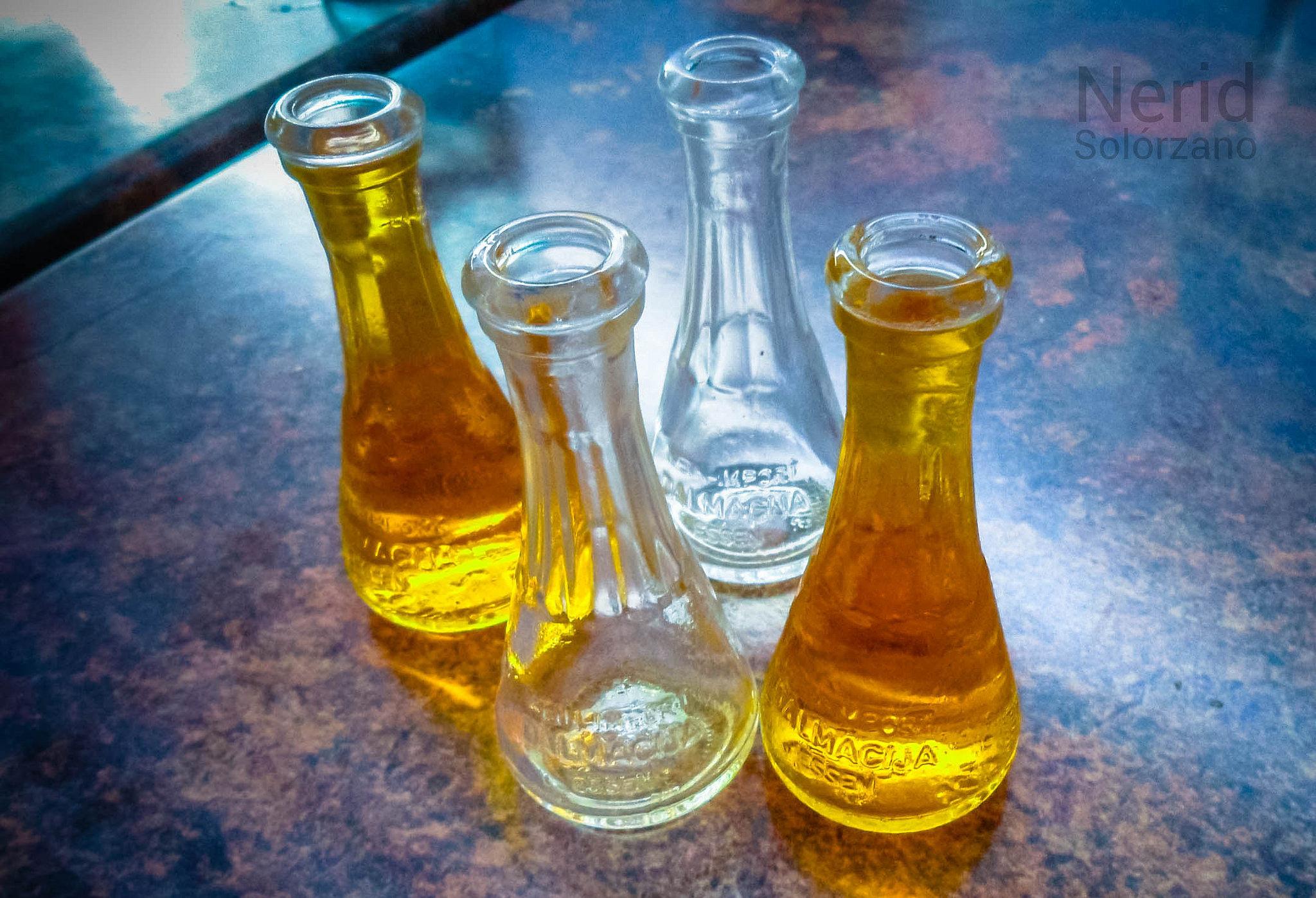 On the third day I finally got to see some of my place of residence, Pula, in the form of an all day Boat trip around the Brijuni Islands. The time we spent sailing around these islands allowed me to be educated in some of the rich History surrounding Pula. Each island we saw (of which there was 14) had a different story. The trip was both educational and enjoyable, the food served on board was phenomenal. Once you have seen all of the islands you have the choice to get off the boat for around three hours and relax by the sea and swim in the water, on the island of St Jerolim. This was a sensible choice as it was my first chance to test the Croatian water and relax for the first time! 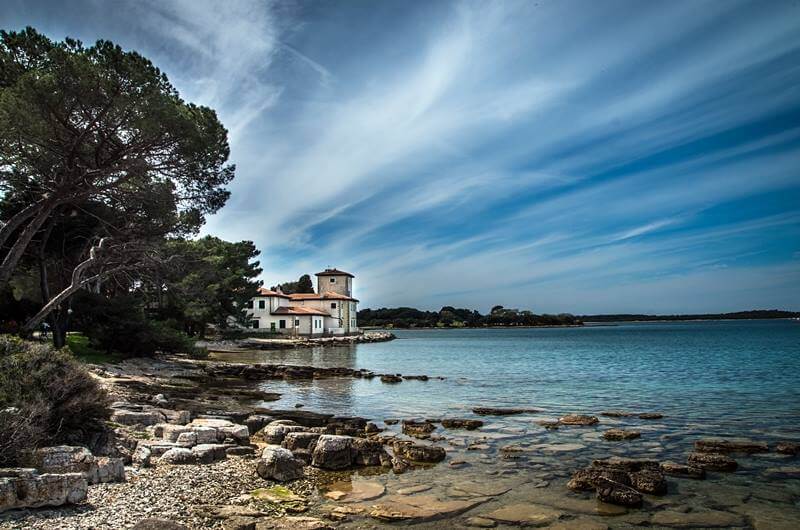 Friday, the fourth day of my holiday was my stand out day, my visit to Plitvitce Lakes. I had been looking forward to my day in Bled so much that I really didn't have high expectations for Plitvitce, much to the disappointment of my Croatian friends who I will now admit, knew much better.
Plitvitce was simply phenomenal, one day was nowhere near enough time and I could have walked around it for days. Every lake was different, accompanied by amazing waterfalls at points and decadent forestry in others.
The day was even nicer as we had the company of my friends young brother and sister. It was a real testament to Plitvitce that they spent the whole day completely entertained and amused. 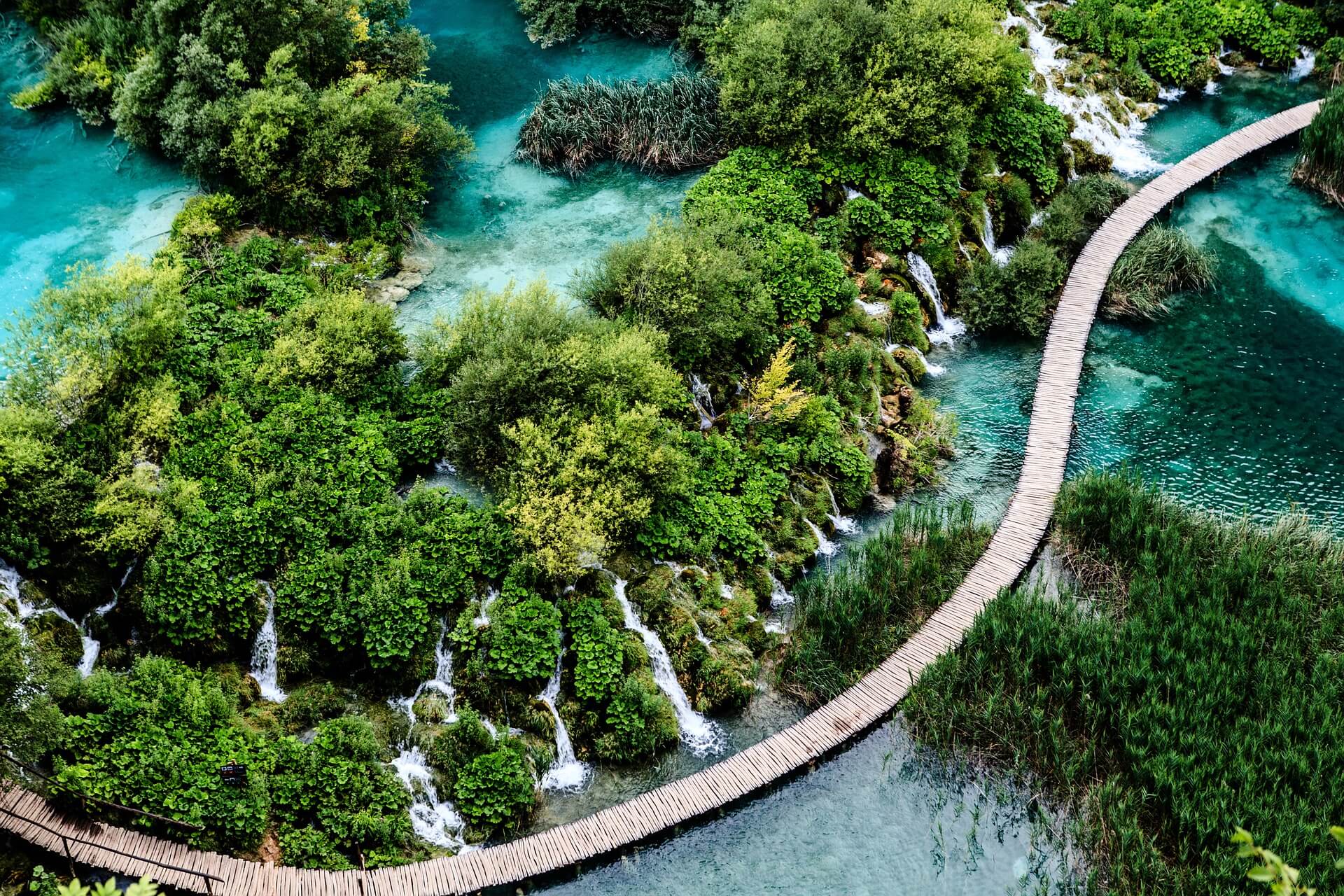 Sunday and Monday were really relaxing days and gave me a chance to explore Pula and it’s beautiful coastline. Me and my friend ventured around on his scooter, stopping at different little cliff formations and beaches and it was a great adventure. 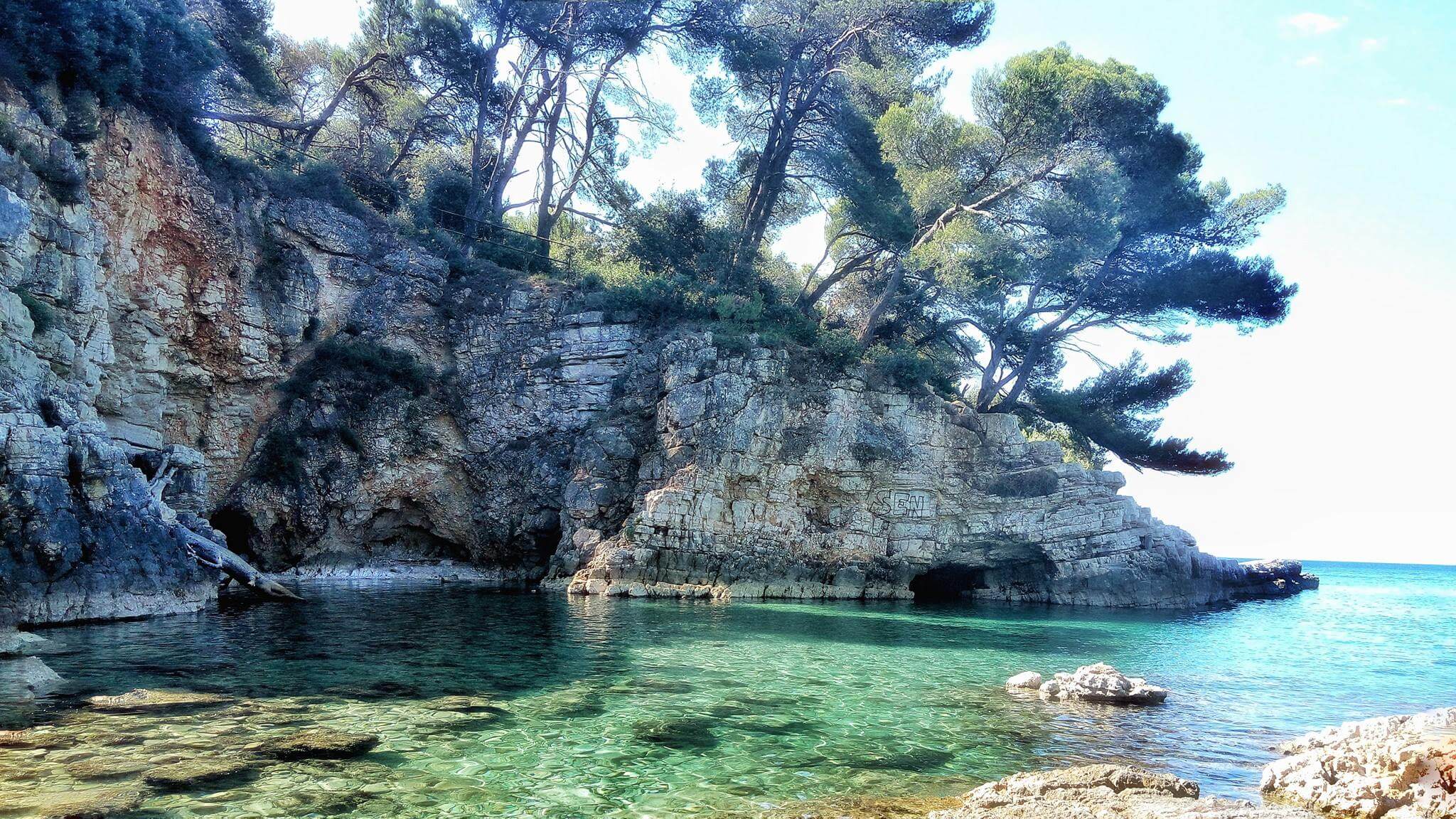 On Sunday I cliff Jumped for the first time, which was scary but an adrenaline rush like no other. The water is crystal clear in Croatia and everyone heads down to the beach to enjoy the mid afternoon sun, jump from the cliffs and explore some of the amazing cave systems the area has to offer. 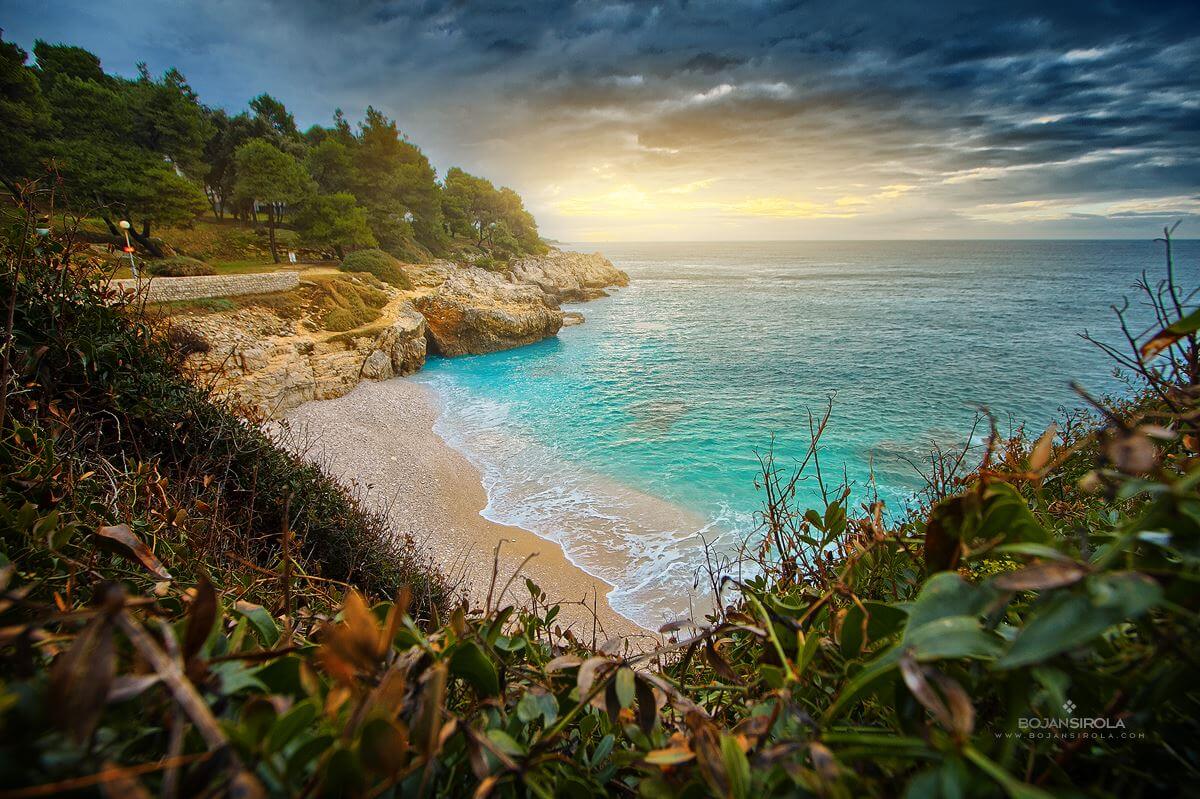 I honestly didn’t know what to expect heading to Croatia, it did not let me down though. From the moment I arrived it was an adventure, I felt so at home and would go back today if I didn't have any other responsibilities. So my advice, go, go now and enjoy this beautiful country.