If you choose to visit Zagorje, tour of the castle Trakošćan is inevitable part of it. Trakošćan is located 23 km northeast of Krapina, 40 km southwest of Varaždin. The nearest places are Macelj and Strahinčica. It was built in the late 13th century as a small observation fortress for monitoring the road from Ptuj to Bednja Valley.

According to legend, Trakošćan was named by Thracian fortress (arx Thacorum) which, as people say, existed in Antique period. Another source claims that it was named after the knights Drachenstein who had power over these regions in the early Middle Ages. The first known record of the owners says that they were counts of Celje, which at that time managed the entire Zagorje county.

Soon the family became extinct and Trakošćan shared the fate of their other cities that were changing owners. In this division, Trakošćan as a unique property, belonged to general Jan Vitovac, after that it belonged to Ivaniš Korvin, and he donated it to his viceroy Ivan Gyulay. The family kept the castle through three generations and became extinct in 1566, after that the estate was taken over by the state. King Maximilian awarded Juraj Drašković for his services and gave him the castle. So finally in 1584 Drašković family owned beautiful Trakošćan. 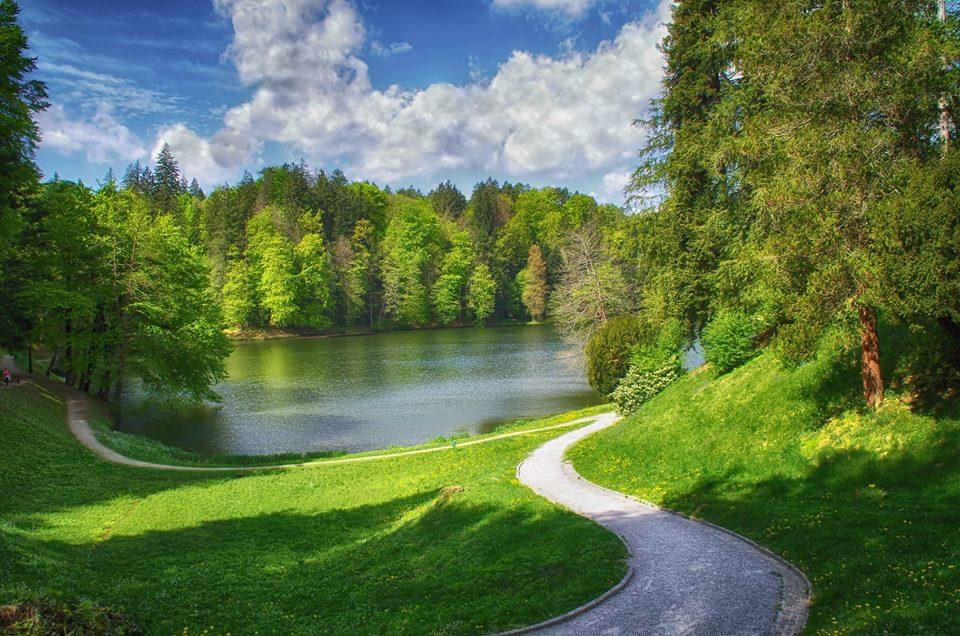 In the second half of the 18th century, when the construction of castles blossomed, Trakošćan became abandoned. Neglected, begins to deteriorate rapidly, and the family again showed interest for their city in the middle of 19th century, in the spirit of new ages, a romantic return to nature and family traditions. Juraj Drašković turned the city into residential castle and surrounding area was turned into a romantic park. The next generations are staying in the castle occasionally, until 1944 when they immigrated to Austria and soon after the castle was nationalized. In 1954 was founded the museum with a permanent exhibition. Today the castle is owned by the Republic of Croatia. 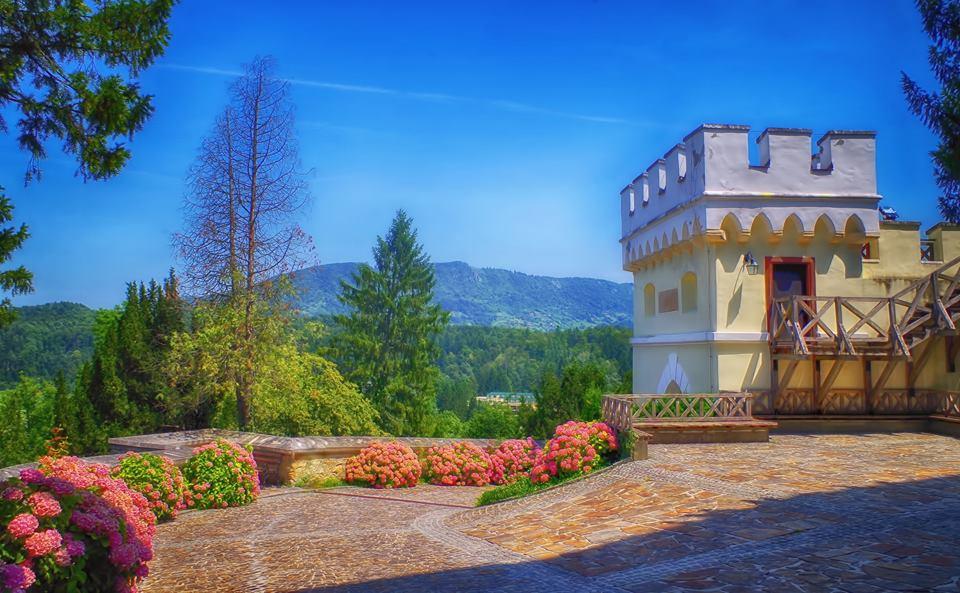 Enough about history of the castle. For a complete tour of the outer and inner area of the castle, the park, the entire lake (you can take a awalk around it or take a ride by a boat with plastic pedals), you will need a lot of time. But it is really worth it, go and take some photos, enjoy in beautiful nature, breath the fresh air and feel alive again! 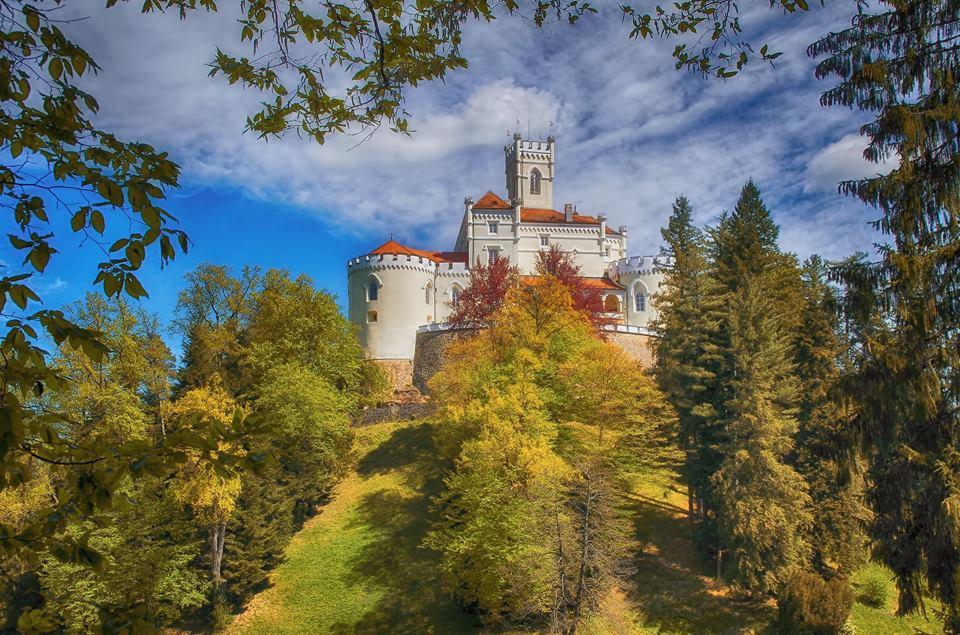 Castle wouldn't be a castle without an interesting legend about it. The legend of baba Jaga is particularly interesting legend attached to the fort Trakošćan. Here's how baba Jaga saved the fort and all the people from the Turks. In order to conquer Vienna, the Turkish hordes were passing this area, leaving behind a wasteland, widows and orphans. Realizing the danger, the nobility of Trakošćan offered the local people to come to the fort because it had greater defense capabilities. Lifting movable bridges, they closed themselves in the castle and resisted the attacks of the Turks. Who knows for how long this siege would last if baba Jaga didn't take it to her hands. After a few days of the siege, she said to people to bring her a tree stump, several bundles of rye straw and an ax. She said: "People don't worry, you'll see what is about to happen." While she was choping up straw on the stump, uttering strange words, from each of the straw flew out hundreds and thousands of hornets. They flew to Turkey horsemen and infantry who ran away, leaving the fortress unconquered. 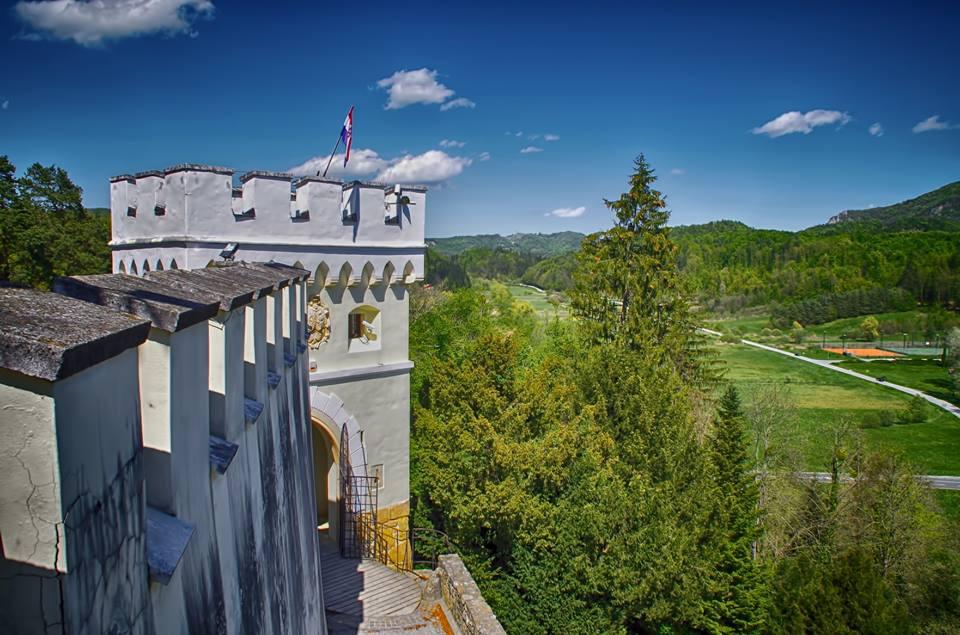 If you are a castle lover and you liked this story, you should read a legend about castle Veliki Tabor!