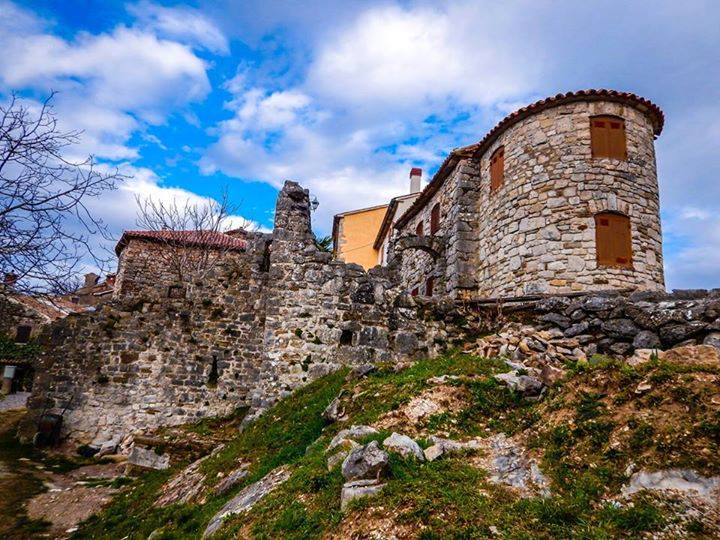 Dear travelers, eager to visit and discover extraordinary destinations... Let’s skip the crowded places, hustle and bustle of big resorts and jump on a smaller scale and peaceful destination. For example, how does it sound for you the smallest town by population in the word?

What do you think, where it is? Somewhere  in jungles of Latin America or the wild steps of Siberia, Russia? No… Located in the northwest Croatia, in the Center of Istria area, Hum with its 25 citizens is officially the smallest town in the world by population. 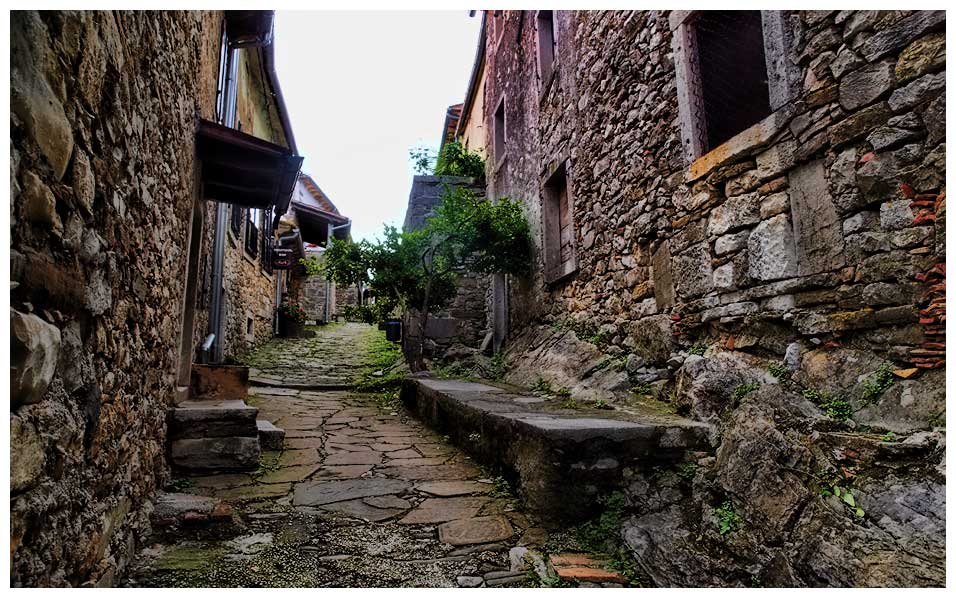 I do sorry if there is a slice difference, however, the different sources of information give a different number of citizens, so we can agree that the population is between 21 and 25 people. However, compared to the biggest city in the world, the Japanese capital Tokyo 38,800,000 people, Hum is really tiny. When it comes to describing it, adjectives such as the biggest, the largest, the most crowded do not work out. Even though this, Hum is really popular European destination just because of the fact that people are interested in its minimalistic sizes. Moreover, it attracts the history and culture explorers and the people which passion is nature.

A city or a monument?

Hum and its pocket size many time provoke discussions is it a monument or a town. Its settlement structure has all the necessary features - urban center, city gates, city walls. All these still keep the unique and authentic look from its foundation.  On the other hand, the mini size makes it difficult to be categorized as a town/city – the “tour around the city” takes 10 minutes. By feet! 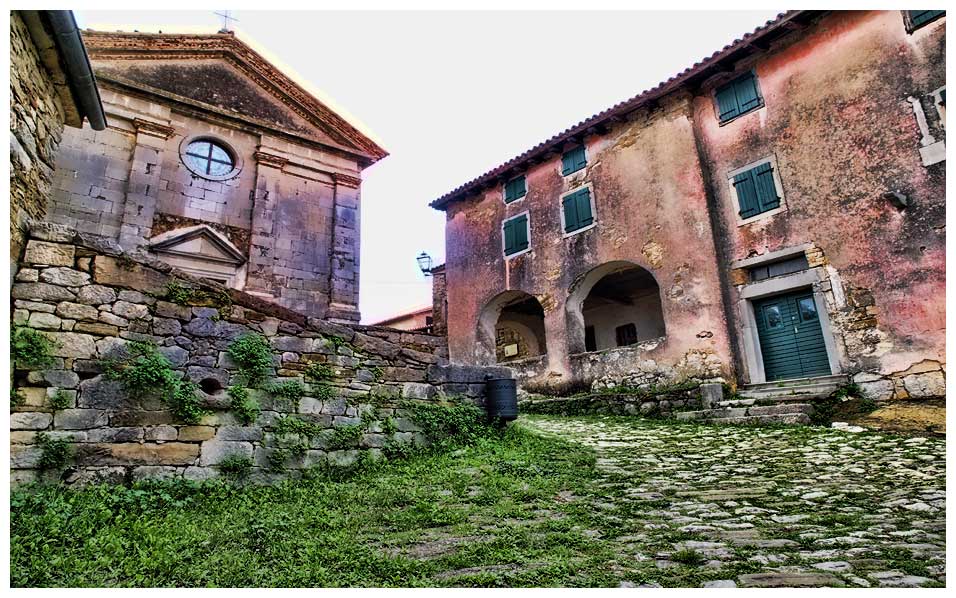 Anyway, this polemic cannot stop the citizens of Hum to feel proud of being part of it. According to them, the charm and the uniqueness of their town come from that fact. Furthermore, according to them being a citizen of Hum, makes you being part of a special community of friends and a special bond – the brand HUM.  Maybe this makes them feel extraordinary… Imagine – only you and 24 other people can wear the brand “Made in Hum”.

It could be interesting for you to understand how this town organizes elections for a mayor. Every year, the smallest town in the world vote for its mayor. When it comes to elections, the modern society probably would judge the rules of voting. Why? I hope that I won't scandalize you, thus, in the elections of the city can vote only men and can be elected only men as well. I won’t judge the rules of the place – traditions are traditions.  Hum's rules of voting are quite curious, simple, and transparent.  Hum voting system use sticks on which each voter curves a stitch for its favorite candidate.

The women part of the population do not mind, as well. Probably this is because the mayor position in the city is formal and does not make a big difference. 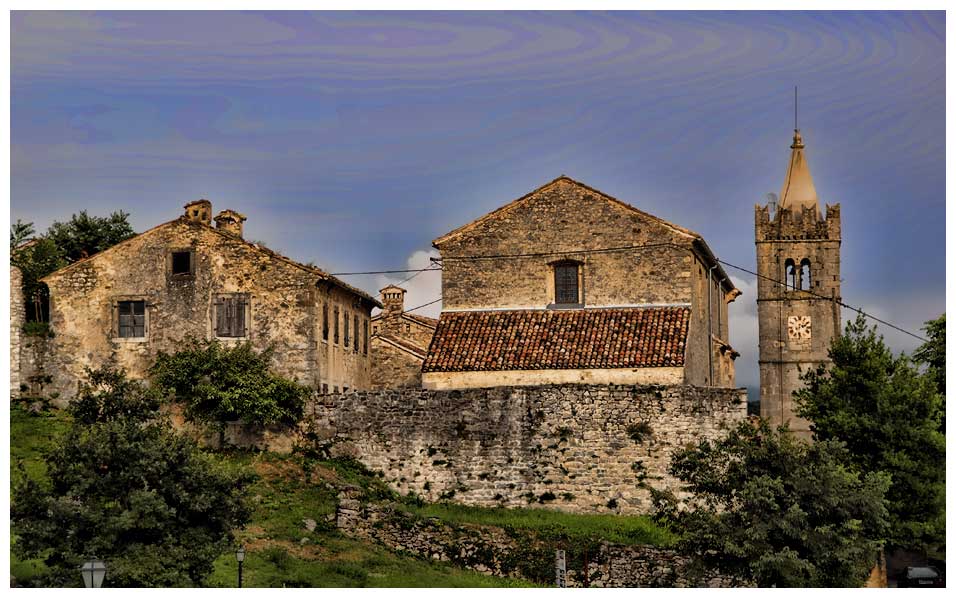 How I would describe Hum to you - I had a feeling that I am in a mini model of medieval city… Rock walls which surround the small narrow streets and nest the church, the tower bell and a little square. There are two streets, one of them end with the defense tower. In the other street you can find the only restaurant and the souvenir shops. All that is spread on an area of 100/ 35 meters. The flowers hanging down from the houses and streets make it cozier. So, you cannot stop yourself to sit down in the only restaurant and try the Istrian cold red wine soup. 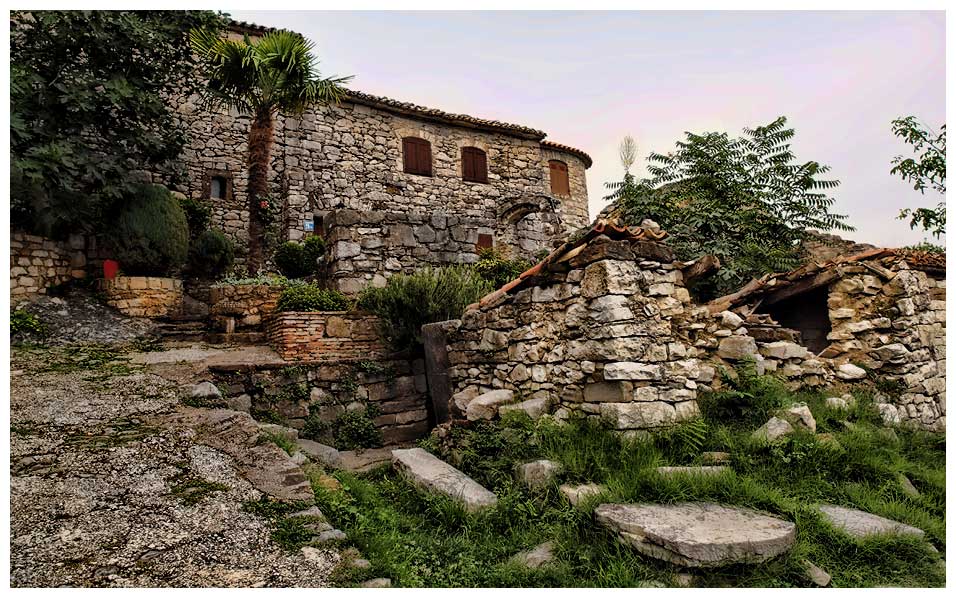 The most impressing for me was the red sunset of the city. Why red?

When the sun declines it colors the rocks of the Hum in red. Later on, when the night finally falls, the light coming out of the lighter gives a mystic atmosphere. This makes you feel like stop thinking that you have visited the smallest town in the world but the medieval city coming out of the knights stories.